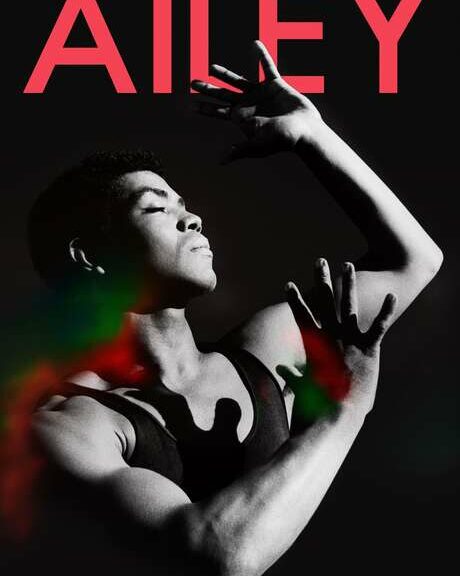 Ailey is about one of the most celebrated American choreographers of the 21st century, Alvin Ailey. Directed by Jamila Wignot, Ailey explores themes of memory and history by delving into significant chapters in Ailey’s life from his working class upbringing to his soaring choreographic success establishing New York based Alvin Ailey American Dance Theater.

The film starts with rehearsals for a brand new piece choreographed by Rennie Harris to mark the 60th anniversary of Alvin Ailey American Dance Theater. We are then plunged into Ailey’s past via a mix of archive and present day footage. His story is narrated sensitively and lovingly through interviews by his colleagues and friends. The interviewees are wonderful storytellers and I was moved to tears by their love and compassion, particularly relating to the decline of Ailey’s mental and physical health.

The structure of the film is a triumph. The way in which the film avoids a predictable chronological structure and seamlessly switches back and forth from past to present not only makes for an engaging cinematic experience but also reiterates the significance and importance of Ailey’s legacy. He refers to the ‘blood memory’ of his rural upbringing in Texas as inspiration for many pieces. I was particularly moved by the time worn recordings of African Americans attending the Baptist church, all in white, singing hymns in procession. This imagery overlaid by the sound of gospel singing is not only heart warming in itself, but it is beautifully contextualised by impressive performances of Wade in the Water from the infamous Revelations. This layering of performance and archive footage is key in exhibiting Ailey’s ingenuity in honouring and celebrating his African American heritage through art. The film superbly encapsulates Ailey’s uninhibited love for movement and creation as well as the sorrow and loneliness he must have felt at the height of his success.

As a freelancer based in Wales, I did not expect the cinema to be the place where I’d feel the most excitement I’ve felt about watching dance in years! I thought I knew all I needed to know about Alvin Ailey but through the course of watching this documentary, I was educated, inspired and truly fell in love. I was taken by his story and his works and could relate so much to his impulse to create. He had something to say and people wanted to listen and I believe that is the basis of a great and successful choreographer. I left the cinema thinking to myself that whilst his time was cut tragically short, we are so lucky to be left in his enduring legacy. As Judith Jameson says in her last interview “Alvin breathed in and never breathed out and we are his breath out” I urge anybody who loves dance or has an interest in American history to watch this film, it is simply wonderful.

Ailey is available to watch on several streaming platforms if not at your local cinema.