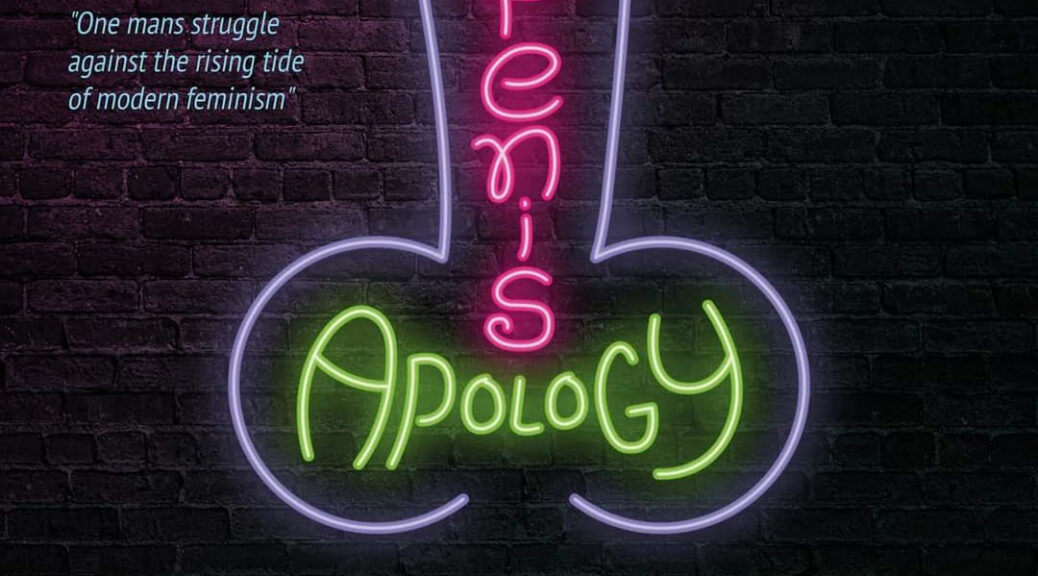 There is nothing I love more on a lazy weekend than wrapping myself up in a cosy blanket and watching re-runs of the mockumentary sitcom The Office. If you haven’t heard of this show before it’s set in a fictional paper distribution company Dundee Mifflin which is run by an incompetent boss. I know that this is going to start a debate but, despite Rocky Gervais’ comedy, I do much prefer the American version of the show which stars Steve Carrell. The reason I bring this up is that many fans of this show will be slightly confused and excited by the title of the latest play I have watched. Within this fictional show, a character simply referred to as Andy (played by the wonderfully talented Ed Helms) jokes about writing a companion to the controversial “Vagina Monologues”, which is a series of stories of real experiences of women, which he would title “The Penis apology.” This comment comes after this character stating that he had experienced numerous women’s studies classes while at college but still expressing his frustration at the modern feminism movement. While the play of the same title is not a parody or extension of this character’s creation (it’s not a play set in a similar time frame or location as the office) it is based on a very similar experience and/or frustration.

The play is created by Anker Sengupta who also stars in this one-man production. Performing in a one-person production must be incredibly difficult as the actor is solely responsible for keeping the audience’s attention throughout. This is even more impressive as Anker was able to keep a hold of the viewers throughout the whole hour show with no use of props/theatrics and very little movement which goes to show the acting ability that he possesses! This production was performed at Cathays Community Centre (which is not a venue I have been to before) which is a very cosy and intimate theatre experience. The smaller audience allowed Anker to be able to give direct eye contact to every person in the audience which further engaged them into the centre of the story. He was able to perfectly balance the opening moments of the show where the arrogant narrator expresses all his controversial options/frustrations with modern feminism with the closing moments of the show where we see a much more vulnerable side of the character. This contrasting book-ended structure helps the audience to get to understand the character and despite only knowing them for a short hour, you leave feeling as if they have been a close friend for many years!

The show starts with our character brainstorming how he is going to explain to his girlfriend that he had ran over her cat and follows their stream of consciousness in a meandering monologue that explores some of his viewpoints on modern issues. The narrative circles back at key points veers randomly and include a range of emotion that mimics the way in which people tell stories in real life which alongside the eye contact and content of the monologues allowed the audience to warm to our character despite their very controversial viewpoints. The end of the show is much more emotionally driven and powerful as we explore our guides childhood and some of the traumatic events that led to this more negative stance of life. Anker was able to flawlessly switch from the arrogant and confident aspects of the character to this more vulnerable perspective that had me very close to tears. I would say that “The Penis Apology” is a show for a more mature audience due to the apparent issues with feminism that may go over younger viewers heads. Additionally, there is strong language throughout with references to violence, alcohol and many other controversial modern issues that would not be suitable for young people. I also think that this show could have used some sort of cue to mark the beginning and the end of the performance. Whether that is a spotlight, a section of music, an action etc that would demonstrate to the audience that the show had begun/ended they seemed to blend into each other which some audience members may find confusing.

Overall, The Penis Apologies is an excellent portrayal of the ‘modern mans’ issue with feminism who, despite how controversial his viewpoints are, we get to understand and develop a fondness for as the play progress. It is very impressive that Anker is able to keep the audience’s attention sharply on him during this one-man show without the use of any props, staging etc and the structure of the monologue has been carefully crafted to showcase a believable character.  I would rate this show 4 out of 5 stars!

One thought on “Review The Penis Apology, Anker Sengupta by Rhys Payne.”