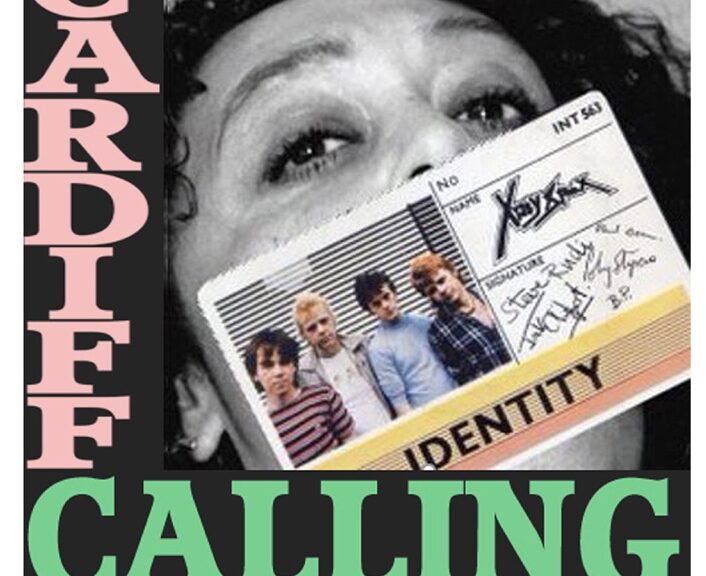 Hi Zara great to meet you, can you give our readers some background information on yourself please?

My name is Zara, and I am photographer from and based here in Cardiff. My degrees are in English Literature rather than photography – I am self taught but I get some helpful advice from my partner who did study photography.

When I was growing up, we always had books and went to the cinema, so that started it off I suppose. I still enjoy film and reading but it started when I was young. At Christmas we’d go to the theatre to but when I was a teenager, I became interested in Indie music.

Cardiff Calling (great name!) is a new project featuring brown and black fans of punk and goth music and fashion. We have really enjoyed looking at your photos to date on your Twitter feed. How did this project develop and what are your hopes for the future?

Thanks. The Cardiff Calling flyer is a mash up of the Xray Spex single sleeve ‘Identity’ and ‘London Calling’ album cover by The Clash.  This project came from an idea I had after I photographed fans of the punk singer/icon Poly Styrene. It has developed because I wanted to focus on brown and black fans of punk and goth music and fashion because as a brown person, I am interested in it, and I know I’m not the only one who is. It’s as though we go to gigs, buy the music, dress the part, but are a niche within a subculture and all I want to do is show some visibility.

A selection of images from Cardiff Calling are featured below

I would like to have an exhibition of this current project and I want to link my portraits with my street photography – both are mainly focused on the overlooked.  I would like to continue in a similar line of looking for and photographing underrepresented groups within Indie music with a particular focus on brown and black people. I will probably combine it with street photography in the future.

Over the last 18 months with the BLM movement and black history now being taught in Welsh schools do you feel artists of colour in Wales are now being fairly represented in education and cultural spaces?

I don’t think artists of colour are fairly represented and more needs to be done, particularly as we are part of Welsh life and culture. Therefore, it’s only right and fair that black history be taught in school, and it should start as early as the infant school. A movement like BLM is really important because being treated unfairly based on the colour of your skin is wrong.  It’s disappointing that black and brown people’s input is being recognised quite late in the day because of systemic racism but I am hopeful that representation in education and cultural spaces both behind the scenes as well as up front in the gallery/theatre/cinema space will be the norm sooner rather than later.

You reference Poly Styrene in your work, why is she such an inspiration to you?

Poly Styrene is such an inspiration for me because she was one of only a handful of non-white people in a famous punk band and being a woman as well was quite extraordinary. Being half Somali and half British myself it was unusual at the time to see a woman with the same ethnicity as me who was famous. I don’t know if it was in her mind that she would be inspirational to a brown girl in Wales, but she was. There wasn’t the same type of language when I was growing up as there is today like ‘you have to see it to be it’. But it certainly helps to see people like you doing things you’re interested in.

Get the Chance works to support a diverse range of members of the public to access cultural provision. Are you aware of any barriers that creatives in Wales face? If you are, what might be done to remove these barriers?

I think certain barriers are a problem for creatives in Wales such as a lack of time and money. The creative industries aren’t given the same type of priority as more tradition careers such as teaching, law or medicine, they are also peddled as difficult to get in to and more difficult to sustain unless you get lucky, or you know the right people.  I hope organisations realise that opportunities need to be created that offer finances and useful links to people that need it. These offers need to be genuine and real for creatives, of any age, to build a career.

With the roll out of the Covid-19 vacancies, the arts sector is hopeful audiences will return to venues and theatres. If theatres want to attract audiences, what do you think they should do?

It’s been a difficult time for a lot of venues, but the vaccine rollout has been a good thing to help arts spaces open again. I think theatres could consider cheaper ticket prices for a period, maybe approach organisations, schools and disadvantaged groups that may have less access to the theatre in general.

This a difficult one. It would be a toss-up between cinema and photography, but I really enjoy watching films, so I’ll go for film. Also, I appreciate the skills involved from different parts of the creative industries that come together that get a film made.

What excites me about the arts in Wales is the array of talent here in different disciplines. Because we are lucky to have people from different cultures with careers as artists it adds a new aspect to arts practice here in Wales. We help Wales and its cultural output in a very positive way.

I was given two Xray Spex 7 inch singles from a friend recently and because I have a record player I’ve been able to listen to them.  It’s made me listen to some of the vinyl I have and I really enjoy it. It’s a small thing but I appreciate.