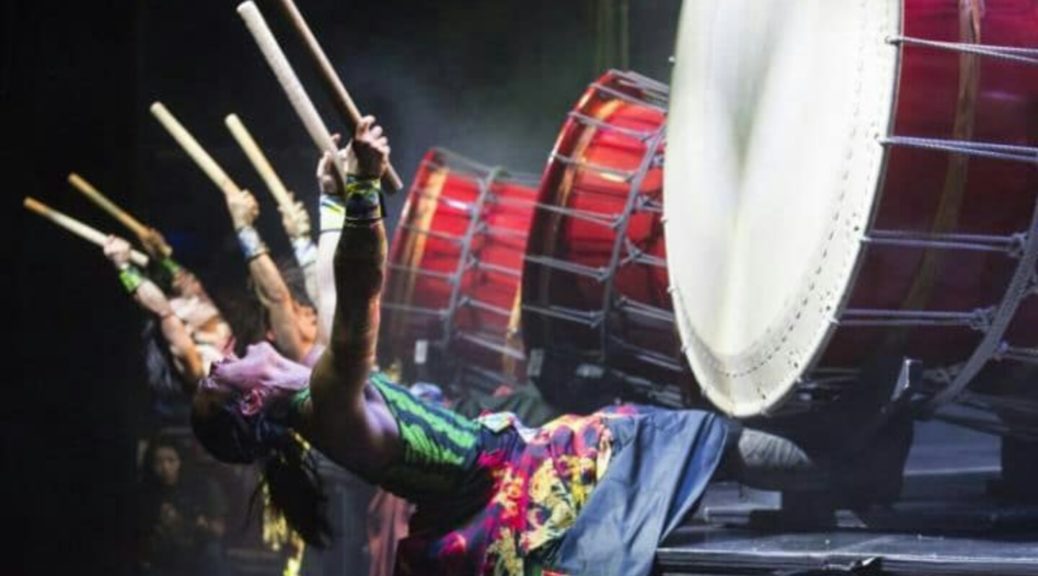 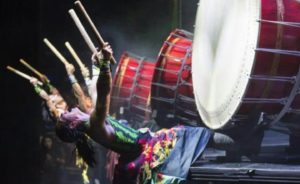 Japanese drumming seems like an odd production to have at a well renowned dance theatre. But bear with me – it is not just drumming.

My interest has always been grabbed by Asia, especially Japan. Last year I visited Tokyo and saw what we all think of in Japan – a mixture of tradition and unusual things. My very small and brief cross with Japanese drumming was at the Robot Cafe where giant drums played by smiling men and women in bright clothing came inches away from my face.

So my expectation was a little different – I expected something more traditional and more quaint I suppose. I was surprised, shocked and entertained like never before.

Yamato bring the essence of Japan – the curiosities, the tradition and the uniqueness. The performers throw their all into each performance; they smile, they have fun, they engage with us and play with us but there are times of what would seem like ritual and tradition.

They show the mixture of something so old with the way they play, the instruments and their movements – being very low squatted and grounded. But also they enjoy what they are doing, bouncing from one area to another, dancing to accompany the music but also doing comedic moves that everyone relates to and so it then makes sense that this is at a dance theatre.

What I found intriguing is the mix of performers. Both men and women played the same instruments – there was little sexism in what they wore, what they were capable of and it felt like a very equal participation-something much of the British theatrical scene could learn from!

While its evident their English is very small, we engage with them in universal movements and find comedy in actions rather than words. We do not feel so far apart from their culture as we may anticipate.

Yamato is heaps of fun and extraordinary – as a drummer I found their skills astonishing but even a novice would do so. They are so perfected and fantastic, it would be hard to attend and not to come away smiling.