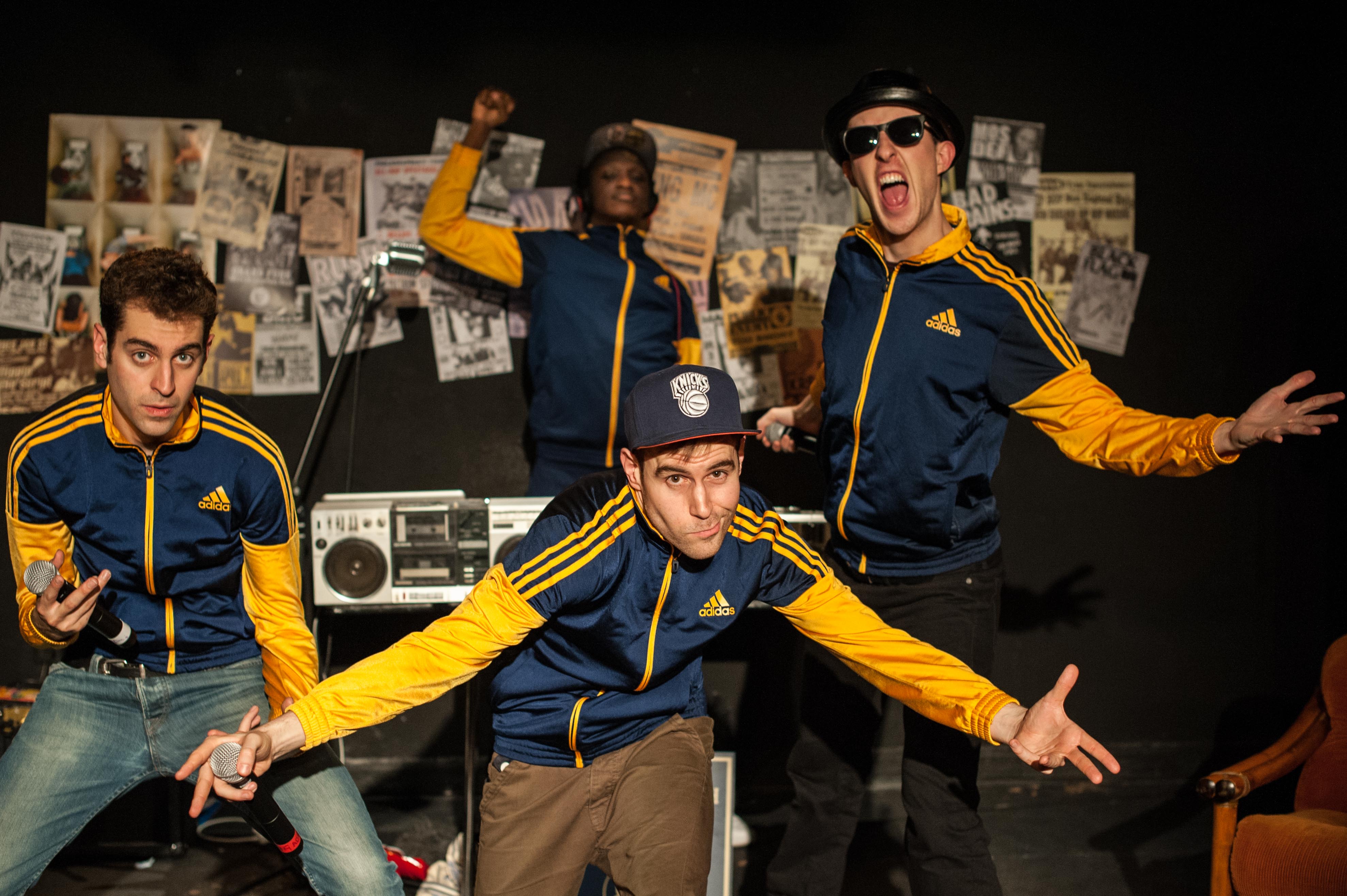 While not being an 80’s baby, but a 90’s one, I grew up listening to many 80’s/90’s prevalent artists thanks to my two older brothers. One that always caught my attention were the Beastie Boys. Perhaps not the most appropriate of music to be listening to, the songs provided a new sound that the Spice Girls and Prodigy (while some of my absolute favourites in their own rights) did not produce.

Licensed to Ill, taken from the album title by the band, see the progression of their influence in music, firstly coming from the first hip hop influences to how three white New Yorkers broke the scene, providing their influence to many stars of the scene today.

Now an almost ‘biographical’ production sounds like it would be a little like a museum talk – while interesting, there’s still a lot of verbal storytelling and not enough action. How wrong that is when it comes to Licensed to Ill. Fast paced, quick witted and using all resources, this production tells the story of these three boys through humour, great use of doubling, tripling characters, but making them a little over the top to not only distinguish them from previous characters but to bring hilarity to the situation of a small cast compacting in a huge number of personas.

What struck me as extraordinary is that the three playing the Beastie Boys themselves were completely on the mark. Their mannerisms, approach to the characters and generally trying to be ‘bad ass’ was so well executed, it was so easy to get lost in the production and feel as if you were meeting the real deal. And this is where the musical talent comes in – if these actors weren’t young for the age of the Beastie Boys today, and you know, were in a play, I could have been convinced that I was watching a gig. The musical interludes with some of their best hits were brilliant – they moved around the stage and conducted themselves just like the band and their singing voices nailed the originals – if you have not listened to the Beastie Boys before now (shame on you!) then check them out because not only was their music unique, but their voices were too. To replicate this is nothing short of incredible.

Licensed to Ill is fun, fast paced and comedic on all levels. From the set to the characters to the execution of 20+ years of band history condensed into over 1 hour with theatrical techniques, a biographical production is turned into some wonderful nostalgia.