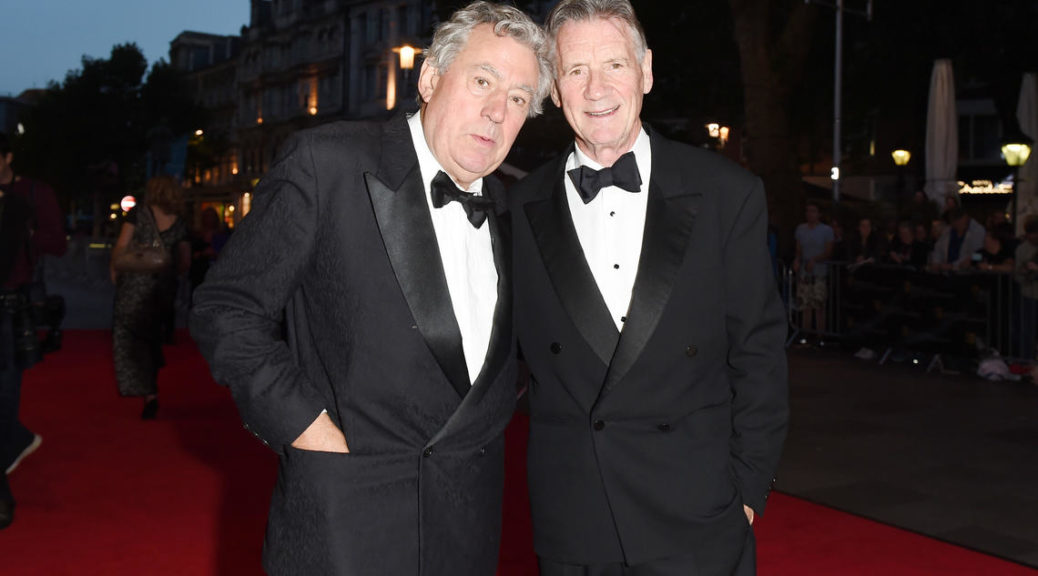 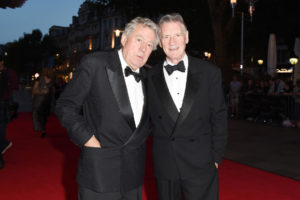 On Sunday 2nd October 2016 BAFTA Cymru celebrated once again the best of Welsh film and television talent. From documentary makers, to actors, directors and make up and special effects, the spectrum of filmmaking talent in Wales and around the world was celebrated. Thanks to alterations in the eligibility criteria, works by Welsh artists outside of Wales are now eligible, which means from Downton Abbey to Hinterland and everything in between the awards honoured the talented work from and in Wales.

On the red carpet for this year’s awards Host Huw Stevens stopped by to discuss the awards before heading inside to prepare. After a brief chat about the earlier excitement of Cardiff’s Half Marathon (he watched at home in his pants) he was keen to share his excitement for the awards. Emphasising how important it was to showcase Welsh talent in the capitol city, and just how much talent Wales had to show, Stevens also noted that he got ‘the best deal’ because he got to read out a lot of the nominations. 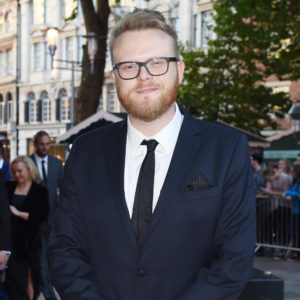 As Stevens headed inside to get ready for the show, other guest and nominees began to arrive. The Get the Chance Team got to chat to a lot of the arrivals, and find out just who they were excited to see nominated (and possibly win). Early to arrive were BBC Newsreader husband and wife team Lucy and Rhodri Owen, who talked about the range of real quality drama that they enjoy from Wales including the ever popular Hinterland/Y Gwyll. We also chatted to Torchwood stars Gareth David Lloyd and Eve Myles, there to present awards. Later a fantastic arose opportunity to talk to Yu-Fai Suen, the managing director of Pinewood Studios, who talked enthusiastically about all the talent available in Wales, both in front and behind the camera-and hinted of some big opportunities for the future of filmmaking in Wales! 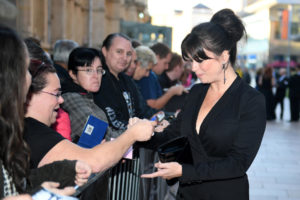 There was also chance to catch up with nominees on the Red Carpet, with best actor nominees Aneurin Barnard and Richard Harrington, both talking about the great opportunity to celebrate work done in Wales presented. A longer, more personal chat with Tim Rhys Evans-best known as musical director of Only Men Aloud- talked about the more powerful side of the awards, in raising awareness for issues within the drama and documentaries produced. Rhys-Evans was part of a brave documentary that followed his struggles with mental health, and he talked passionately about both the film’s power as a talking point and opportunity for people to begin to end the stigma around mental illness. He noted in particular, that the chance to talk to press once again about the film having been nominated, was another opportunity to continue talking about mental health, and hope that having used the film to talk about his own experience others would do the same and get help when they need it. And as much as this night was about celebrating the talent of those involved in film, Tim Rhys-Evans’ brave documentary is a reminder that there is also often a broader impact to the work made. 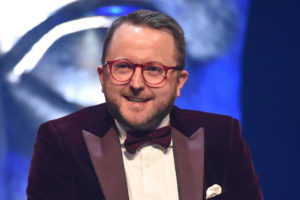 In watching the awards ceremony, itself, it is clear there is powerful drama and documentary made in Wales, alongside wonderfully entertaining work. Tim Rhys Evans – All in the Mind went on to win two awards, one for Madoc Roberts for editing, and one to the production team for Best Single Documentary. Roberts thanked Tim Rhys Evans and said ‘What a thing to do to help others’ while Rhys Evans in accepting the award with the team commented it seemed odd to receive an award for ‘a particularly shitty time in my life’ but went on to say that as statistically a quarter of the audience tonight would be affected by mental illness, that we should continue to keep talking and end the stigma. 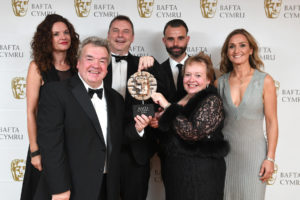 Elsewhere in the factual categories Wales’ musical side was reflected in the factual categories with Les Miserables Y Daith i’r Llwyfan in the Entertainment Programme category and Côr Cymru – y Rownd Derfynol in the Live Outside Broadcast category. And Factual Series was won by Music for Misfits: The Story of Indie given to Siobhan Logue, which she dedicated to ‘All the misfits out there’. 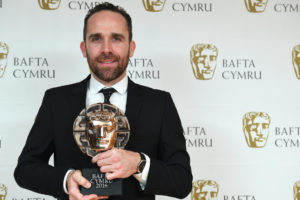 In drama the directing award-a competitive category spanning drama made inside and outside Wales, and featuring an episode of ITV powerhouse Downton Abbey- was picked up by Lee Haven Jones for 35 Diwrnod – Apollo. Deservedly for a masterful piece of drama, and a career that is going from strength to strength, Haven Jones lamented that his Mother was going to kill him for not bringing her for the second time, and dedicated the award to his partner Adam who he ‘Moans with a lot, but also dreams with’ Elsewhere in Drama, best actor winner Mark Lewis Adams for Stanley in Yr Ymadawiad thanked both his co-stars and the hair and makeup team for helping him to create and inhabit his character every day, and dedicated the award to his wife. Meanwhile best actress winner Mali Harris for DI Mared Rhys in Y Gwyll/Hinterland thanked the show for the opportunity to ‘Play cops and bad guys’ for ten months of the year. 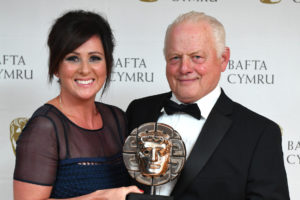 The special awards for this 25th anniversary were particularly poignant. The Sian Phillips award being given, for the first time to a makeup artist, Sian Grigg. And was awarded by the namesake herself, Sian Phillips, who declared the award ‘from one Sian to another’. The special presentation was accompanied by video messages from Ioan Gruffoad and Leonardo DiCaprio, who both worked closely with Grigg over the years. Girgg dedicated her award to her Mother, also a makeup artist, for being her inspiration. 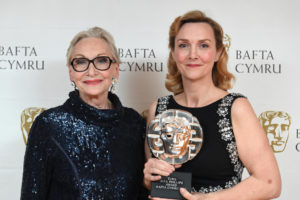 The Outstanding Contribution to Film and Television award was given to Terry Jones. This celebration was, it’s fair to say, tinged a little by sadness with the news that Jones has been diagnosed with a form of dementia, and is suffering its effects, including a loss of communication skills. Accompanied to the ceremony by friend and fellow Monty Python star Michael Palin-who led the tribute to him-and his son, Terry was still able to come on stage and accept his award. And in true Terry Jones style, despite not being able to communicate through speech, he still conveyed his feelings perfectly, waving down the standing ovation and putting the BAFTA to his face to wear like a mask. 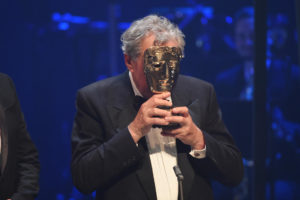 Clearly happy to be there, and supported by a dear friend and family it was still an opportunity to celebrate his achievements. Despite this, when his son made a short speech, and struggled to hold back his emotions, it was a difficult and touching moment for everyone. But to see Terry Jones, clearly thrilled to be honoured in his home nation, for all his achievements over the years, was a truly fitting end to the 25th Anniversary BAFTA Cymru celebrations.