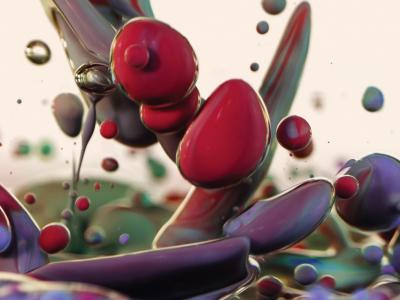 Audio file of written text is below

It’s been a tough year for the ENO.  Over a year ago Arts Council  England warned the company that unless they were to figure out their business plans then they would face cuts to their funding. And so it did. A 5 million pound cut was issued on the company. If this wasn’t enough, several resignations have caused a threat to the future process of the ENO.

Lucky enough to be invited, I attended the season launch where the management team aimed to not only excite us on the upcoming year but also to eradicate any lack of confidence in the company after such detrimental events. The new artistic director, Daniel Kramer – from what it would seem, a veteran in directing through theatre, musicals and predominantly Opera in the last year, made an appearance to instil confidence in us. His passion of the industry and positive attitude to overcoming the past year or so gave a smiling safety jacket to industry interest.

One brilliant aspect that I found interesting from the season launch was the company’s ethos in their target market. Ballet and Opera is forever known as a white middle class past time. The company has released a scheme which, while not new, they insist is tried and tested from previous years. 500 tickets per performance for £20 or under to bring in the masses who find the West End and London theatre difficult to purchase. Ticket prices can be off putting – and the knowledge that those who can afford high prices are possibly those who you would not normally associate with. By making performances more accessible, this clever idea is appealing to the unusual Opera goers. But this does not stop there; ENO are producing performances that artistically are not the usual Opera. The production of ‘Lulu’ really stood out to me – as one who is used to the proscenium arch, heavy costumed and heavy make upped performers in Opera, video footage of this performance with its avant-garde noir set and visual effects appealed to me immensely. Kramer also insists his eagerness to bring musicals to the ENO – purely to show the company’s versatility and bring in a different audience who would not have even entered the building previously.

And the ENO has not stopped there. With a large period where the in house orchestra and performers will not be residing at the Coliseum, outside companies will be hiring the space. Another nod to their expansion in audience interest.

Where will the company be during this long time? The ENO are bringing themselves to the larger horizon – Hackney Empire, Southbank Centre, and all the way to Blackpool Winter Gardens. The company’s insistence to open up to the masses cannot be ignored, and seems they will not stop till they are acknowledged by diverse groups.

A slight novice to this niche part of the arts industry, my lack of knowledge is not for want or for avoidance – but due to a lot of issues raised on price, market audience and general Opera stereotyped culture. These business implements, to me, seem an intellectual idea and one that has immensely appealed to my curious yet ‘common’ interests.