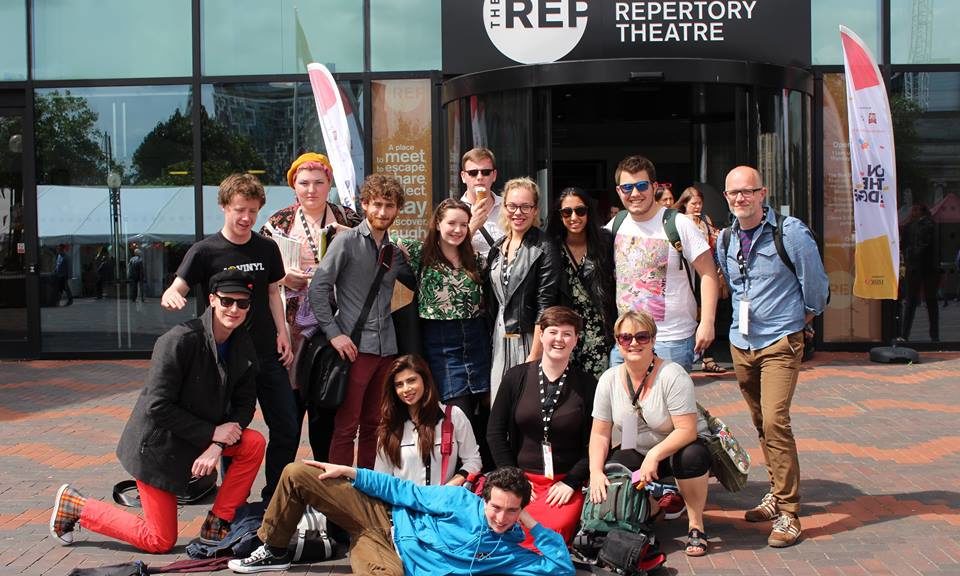 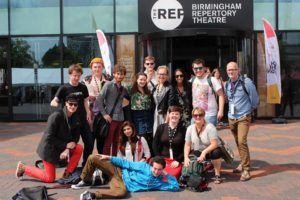 Last week some of our members took part in Young Critics on the Edge. Please find further information on the project below as well as a link to their reviews.

What is Young Critics On The Edge?

Young Critics On The Edge is a 5 day-long programme to develop critical analysis skills in young people aged 18–25 as part of On The Edge The World Festival of Theatre For Young Audiences.

Young Critics On The Edge is a collaboration between Barnstorm Theatre Company, NAYD (National Association for Youth Drama) Ireland and Mess Up The Mess, Young Critic’s Wales in conjunction with the Symposium strand of the ASSITEJ Artistic Gathering for 2016.

ON THE EDGE is presented by TYA-UK and TYA-Ireland. It is the ASSITEJ Artistic Gathering 2016. ON THE EDGE is hosted by Birmingham REP.

Young Critics On The Edge is open to young people aged 18-25 who are interested in watching theatre, discovering how and why theatre is made, and learning how to critically discuss, analyse, and review Theatre For Young Audiences

Over a five-day period they will see some incredible shows, make new friends and learn about the art of theatre criticism. All this happens during On The Edge The World Festival of Theatre For Young Audiences in Birmingham from July 3rd – July 8th 2016.

In a very exciting and innovative programme young people are given an opportunity to see quality productions, develop their critical skills and make their own critical responses under the mentorship of leading International drama facilitators.

Who can take part?

In order to offer individual advice and guidance on developing each young person’s critical skills, places on the programme are limited to 12 places in total. Those who are interested should apply using the accompanying application form.

What happens during the Young Critics?

The Young Critics will meet in Birmingham from Sunday July 3rd to Friday July 8th. Over five days the Young Critics will attend a number of theatre productions, interact with the city, participate in workshops, live blog and share their views with delegates of ASSITEJ Artistic Gathering for 2016.