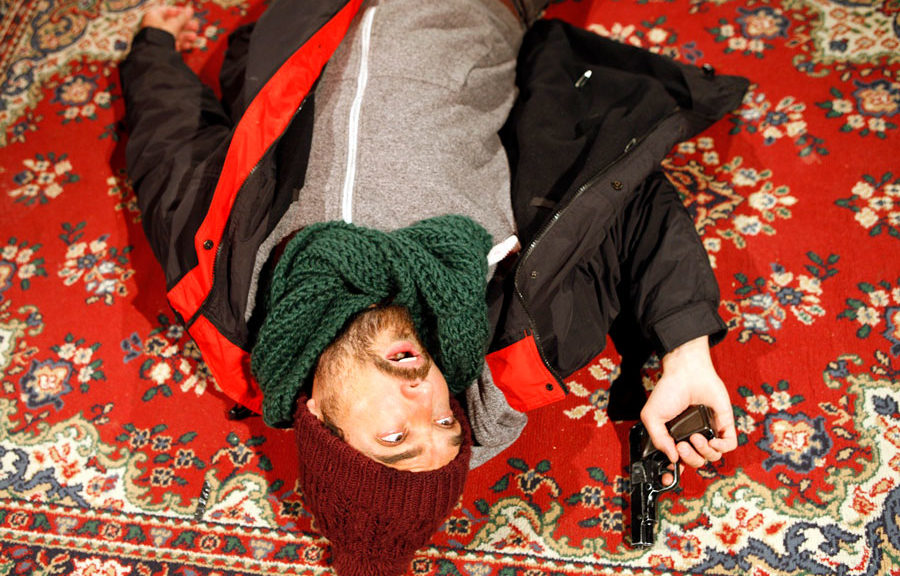 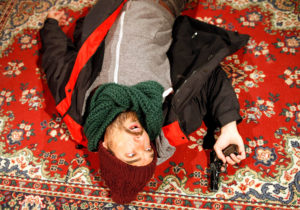 Known as the American Season at the Canal Café Theatre, The Understudy written by Theresa Rebeck has been brought to the UK stage at the top of this busy pub theatre in Little Venice.

Taking a comical look at contemporary theatre, the story of The Understudy, while based in America and on the Broadway circuit, presents a story that is relatable to all performing arts professionals in the industry, within every country. 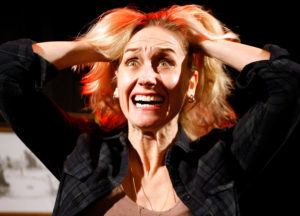 The story features three characters – a Hollywood film star, brought into this theatre production to up ratings, The Understudy to him who is a typical struggling actor trying to find his big break and our stage manager, a former performer who fell into the role when money got hard. Set in the round, we see the play unfold on the ‘stage’ of this theatre, an imaginary weed smoking enthusiastic lighting and sound technician who is only referred to and spoken to with no answer and a backstage area we never see, only for performers to exit through a curtain.

The performers are hilarious – bouncing off one another, they do well to build relationships in front of our eyes. Some interactions are to do with the production; some personal; some 6 years ago. This triangle of talent does well to be as dramatic as us performers can be, and to illustrate the irritation of the industry – the performances that make way of talent for the ‘star’ to bring in the cash. The dreams that are sometimes given up because you have to eat and pay bills. The performer who cannot stand Hollywood (mostly through bitterness of failed auditions) and wants to stay true to the essence of theatre. But somehow, they all are very similar. 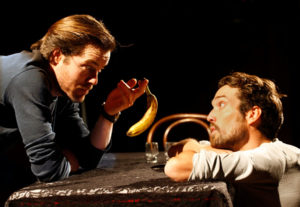 The relationship between this three that we see unfold in front of our eyes is constantly intriguing. The performers evidently enjoying their performance and the themes which only helps bring understanding to the production and the humour. They are able to ‘ham up’ their performance to be satirical of the industry but without melodrama and without taking away some of the naturalism of the piece.

The Understudy is honest, comical and a brilliant play. A play within a play can sometimes be slightly dreary but with this production, it is seamless and abundant in irony.