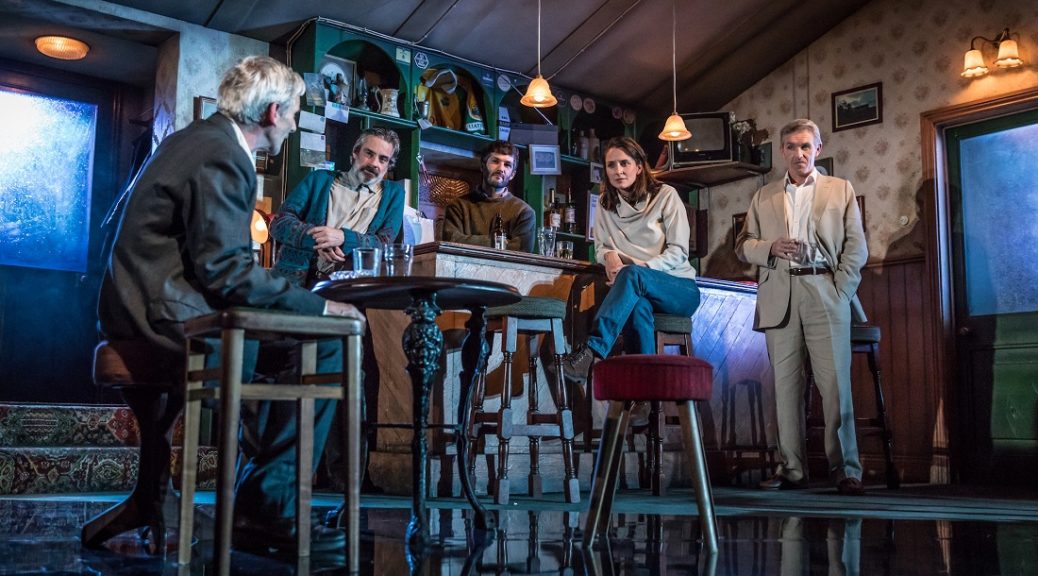 Whilst on holiday in Ireland a couple of years ago, a visit to the low-lying valley of Glendalough found us walking through the stone ruins of a monastery. On this particular day, the mist had come down. There was rain in the air. For a popular tourist destination, there were few people around. It was still. It was quiet. There was something about the place that gave off a mystical, otherworldly vibe. It is little wonder then that belief in the supernatural is a prominent feature in Irish storytelling. It is certainly a fixture in the stories told by the characters in The Weir. The Mercury Theatre, in a co-production with English Touring Theatre, has decided to revive Conor McPherson’s play to mark its 20th anniversary. It is a decision which should be celebrated, not only because of the exceptional quality of the script but because it speaks some important truths into contemporary society.

The audience is invited into a small town pub in rural Ireland where we are witness to the folkloric tales and ghostly stories of a couple of regulars. They are prompted to delve into the art of storytelling by a newcomer to the village. Beneath such paranormal content however, lies a much deeper and darker level of human thought and emotion. As the stories open up to reveal dark and unsettling truths, it prompts this female stranger to share a secret from her past. She has a story of her own, and its truth will shake them all. So disconcerting are the stories that they tell, several members of the audience (at least around me) clearly felt the need to react in the form of whispered commentary to neighbours or the placement of a hand over a mouth. Such audience reaction was clearly in relation to the stories, yet such impact is as much down to the delivery of these stories as their content. In this respect, much applause must go to the actors on stage. In particular, Sean Murray (Jack) was so captivatingly brilliant that one could have heard a pin-drop inside the auditorium. A large slice of recognition must also go to the production team, particularly Madeleine Girling (Designer) and lighting designers Lee Curran and Dara Hoban. To present a cross-section of the pub, where the lines between the stage and the stalls were blurred, I found, had the effect of assuming the audience as part of the action. We were, in effect, sat inside with these people, the attentive listeners to their gripping narratives. As each story was told, the gradual reduction of light caused an acute focus which made such attentiveness all the more palpable. It also created an atmosphere that became increasingly eerie and unnerving, culminating with the actors speaking under a single spotlight, and accompanied by the occasional single sharp note of a violin. Truly engrossing. 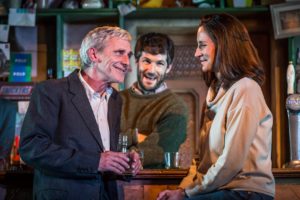 One of the fascinating elements of McPherson’s play, from a contemporary perspective, is the impact of a female presence upon the typically-masculine world of the boozer. It is clear that Brendan, the pub’s owner, has not had to bother accommodating for a female visitor for some time. He has to dash through to his living quarters to source a bottle of wine, then has to promptly serve it in a pint glass, and later must announce that the women’s toilets don’t work. This haphazard, unaccommodating state of events is taken humorously by the audience, yet despite these light-hearted observational moments, much like the character’s stories, there is also a deeper level of social commentary that speaks to the ongoing problem of gender inequality evident in traditionally male-dominated institutions. It is fascinating to see the subtle and gradual shift that takes place in these men once Valerie (Natalie Radmall-Quirke) has entered their midst. Themes of loneliness, fear and loss start to come to the surface in a less-mediated way. Vulnerability and emotional capacity open up. Suddenly, there is a glimpse of raw reality. The masculine ideal begins to crack. It is subtly powerful stuff.

If you want to be entertained, challenged, moved, and inspired then The Weir will certainly tick all of those boxes, and more. It combines pathos and humour exceedingly well. It invites the audience to inhabit its world and become utterly engrossed in its content. The stories told may be unsettling but they are gripping too. The cast excel in creating an intimate atmosphere that draws the listener in and has them hanging on every word, helped by the inspired set design and excellent use of lighting. It reminds you of the simple power of oral storytelling. So step away from your screen. Turn those electronic devices off. And experience the thrill of immediate, live storytelling. 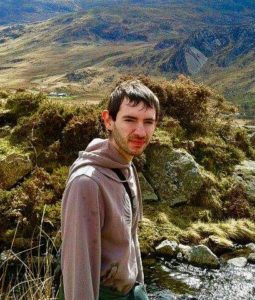