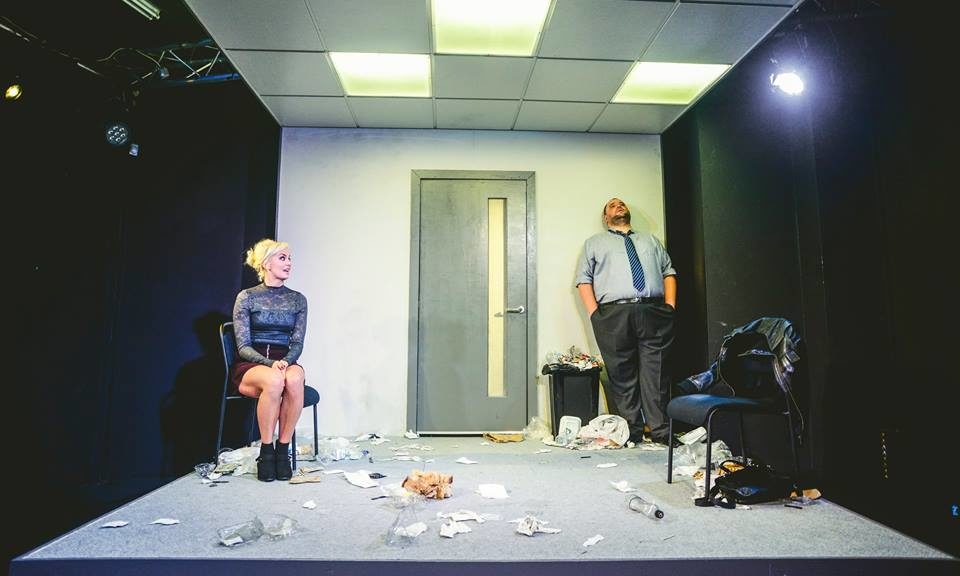 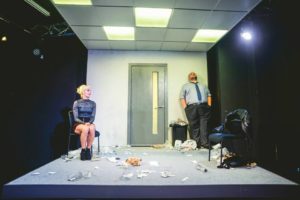 Set in an office break room, as unclean as their past, ‘Blackbird’ begins with Ray (Christian Patterson) and Una (Sophie Melville) on opposite sides of the small and intricate room, both wanting to speak whilst both unsure of what to say or where they can look.

With a firstly faltering light and some seriously uncertain small talk, a head-to-head confrontation begins between the two. They tell us of their past, how Una and Ray shared an illicit relationship which began and ended when Una was 12, and Ray 40, and how they both ended up here in Ray’s new life’s occupancy, after Una saw a photograph of him in a magazine. She tracked him down. And the past in put in front of them, staring at them in the flesh. 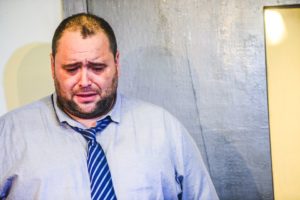 What’s both horrendous and horribly beautiful about this play is how David Harrower has us question who the hell the victim is here. You see, Ray is not a monster- at least there was no sign of one at The Other Room for me. But his actions are undoubtedly monstrous. To abuse, a word prized from his own mouth by Una, a 12-year-old which has harmed her both emotionally and physically is evil. And there are more than a million of different kinds of evil in this world but I saw not just one on that stage, I indefinitely saw a few more. You see it seems that it is the cruelty of feelings that conjured up these horrendous events and emotional sky scrapers. Ray tells us that it was his genuine, non-tactical and uncontrollable desire to speak to Una. That ‘speaking’ lead to what they ultimately became. He would purposely look for ways and reasons to talk to Una not because he thought profusely about what she looked like naked but because he was emotionally attracted to her understanding of human feelings. Ray is likeable. Disturbingly likeable. You may well sit in the audience and see how he could be a very nice man to have a very nice chat with. He believes that Una ‘understood love’. 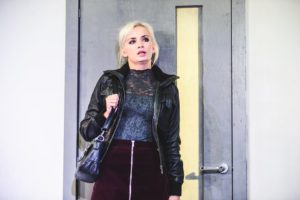 But, for Una, it is that understanding of human feelings that could’ve been one of the ways in which she felt that she could and did love Ray. And it could’ve also been the reason why she thought he loved her too. From the beginning of the play we see that she is a girl who feels things on a deep and sensual level. That quality in a person is usually something that when discovered by somebody else can be a quality that helps them thrive together. But we can see here how that quality is what made her bleed for Ray. Una is delicate, a shadow of her youth who, though beautiful, is internally beaten. Seeing her at 27 with her heart pouring out of her mouth allowed us to see her as a 12-year-old. And seeing both her Ray (now 55) in the same room meant that what was put in front of us was two people who share a time that was both forbidden, but almost admittedly for both exclusively sometimes savoured.

This play is in very many senses difficult, wonderfully so under the direction of Rupert Hands who’s delicate and detailed direction compliments the script and its disorientating duologue of wretched honesty. It’s bright, bold and dissimilar design by Ruth Hall, with lighting designed by Alia Stephen and sound designed by Sam Jones commend the intricate space at The Other Room.

Christian Patterson and Sophie Melville are a credit to Harrower’s words making you throw your moral compass in a ditch and leave you wondering to the bar with no way of seeing what’s right and what’s honest.

Blackbird runs at The Other Room at Porter’s until Friday November 4th.

Prepare to be left in a concrete conflict of emotions.