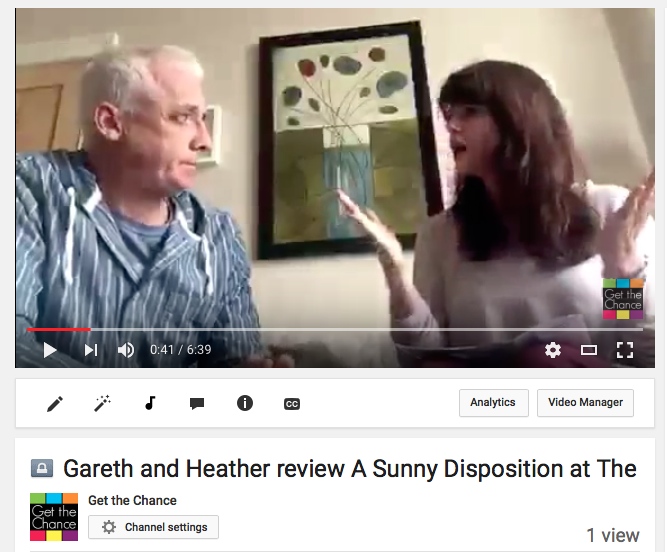 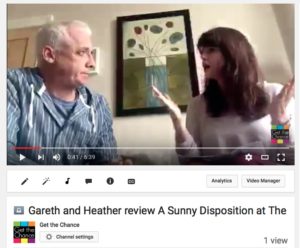 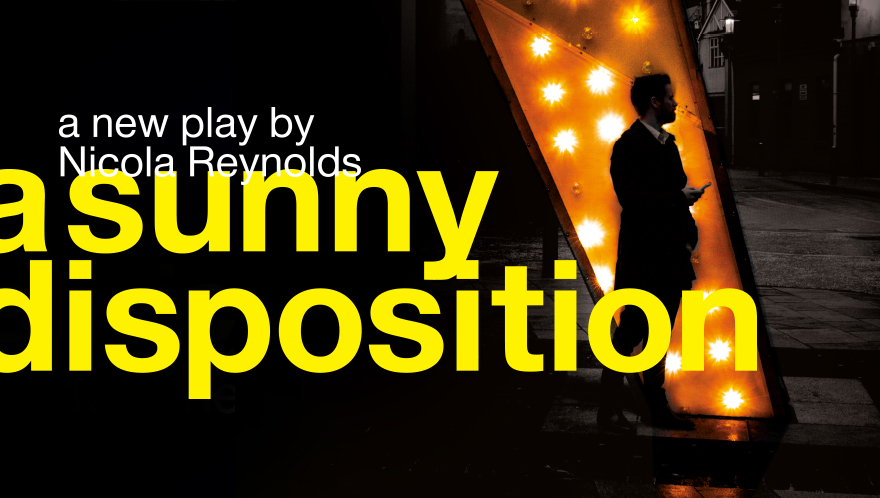 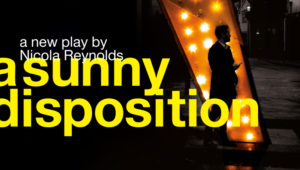 A Vlog review by Young Critic Caitlin Finn of A Sunny Disposition written/directed by Nicola Reynolds, The Other Room, Porters Cardiff.

A Sunny Disposition, The Other Room, Porters, Cardiff.