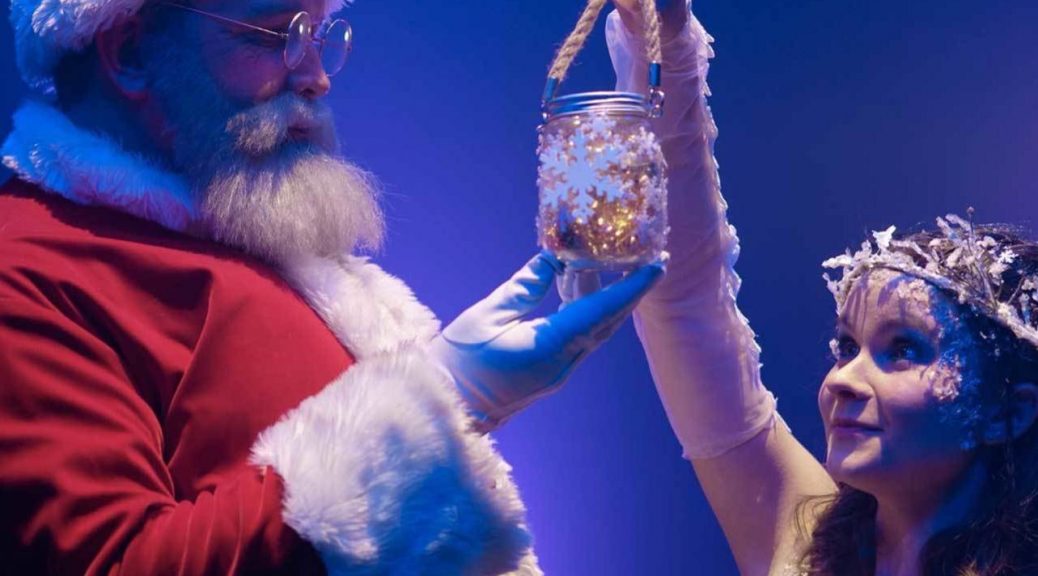 Every single year, without fail, there comes a point in the year when people online begin to argue about whether it is too early or not to put up Christmas decorations. Some may say Christmas begins after Halloween, others after the first of December but I personally think Christmas should never stop! I have been jamming out to Christmas songs and proudly wearing my Christmas attire all year round purely because in my opinion, the festive period is the best time of the year so why shouldn’t we keep it all year round? A little-known fact about myself is that I used to be the Santa that would travel through the streets of Cardiff to bring a bit of Christmas magic to the hoards of children that would flock to the sleigh to tell me they should be on the good list this year. These adventures were often extremely arduous and tiring (even more so for the elves who would walk alongside the sleigh giving out candy canes) but it was all worth it seeing how the faces of the young children would light up when you waved at them or even hollered a “Ho, Ho, Ho” in their general direction! To me, Christmas is all about that childlike wonder that gives you a warm, fuzzy feeling in your belly and so when it was announced there would be a new Christmas show heading to the iconic Cardiff castle I knew it was not to be missed!

Santa’s Wish currently showing at Cardiff Castle opened up with the most magical Santa (who knocks the fluffy socks off my portrayal of the role) played by Dyfrig  Morris who delivered arguably one of the best musical portrayals of St Nick I have ever seen! The ability to maintain the over-the-top Jolly-ness is something I struggled with for the short period of time when flooded with kids on the sleigh but Dyfrig manages to keep up this persona throughout even though every single one of his movements are under constant surveillance by the audience! He has mastered the art of a playful yet booming voice that caught everyone’s attention whenever he spoke. One of the things I really enjoyed about this production is the fact that it is almost totally self-aware but acknowledges the crowd and explains how they ended up on the Castle grounds. After a routine flight Santa had given the reins of the sleigh to a trustworthy elf Crackers (played by the extremely entertaining Richie Gooding) only for Crackers to start showing off making them crash into a far-off land. The script mentions the fact that they are in the Castle grounds but don’t know how to get back as the reindeer have fled for safety!

Santa and Crackers are joined by the fresh-faced Snowflake (who has a rather unique backstory which we will explain later) played by Millie Davies who delivered quite possibly my favourite song throughout the entire show. Her rendition of “Teach me How to Fly” was wonderfully moving and showcased Millie’s incredible vocal abilities throughout. The beautifully sung sections of the song were broken up with the aforementioned Santa telling the story as to how Snowflake became an elf in his adorable yet magical voice! While Millie was pouring out her heart in this number Keely Edwards was showcasing her aerial abilities as she hung upside down directly above her fellow performer. This spectacle was not only a treat for the eyes but the vocals were a treat for the ears too! There is a much more emotionally powerful rendition towards the end of this production which really focused on how much of a talented singer Millie really is! The elves and Santa decide that in order to get the sleigh back to the North Pole they must create a new magical wish which means telling the story of how Snowflake managed to create her own wish many years ago!

One of the characters we meet throughout this story of Snowflake is Lilly (played by the amazing Naomi Katiyo) who is an extremely kind-hearted young girl who is very upset that there are people in her community who go without food. While she is only little, she is able to use her passion for cooking to make jars of jam and delivers them to those who need it most. The fact that the UK is currently facing a cost of living crisis with more people than even using food bank services, helps to bring the message of kindness from this play to the doorstep of every single person in the audience. We are all able to show some sort of kindness to those who are less fortunate than ourselves so promoting this message to a younger audience is vital, now more than ever! One of these jam jars makes it to the home of Freddie,  Eddie (played by Richie and Keely respectively) and their father who are a family struggling to make ends meet during the run-up to Christmas. The much-needed jar of jam helps to feed the three people for the evening and then they finally decide to throw the empty jar away. At this point the incredible song all about small acts of kindness was sung which encourages everyone to think about each other which is especially important with everything going on right now!  While the jar is waiting to be collected, however, a distressed and stray snowflake (who is one of our lead characters in disguise) floats into the jar while on her journey to make it to the North Pole. This wish of completing her journey combined with the kindness from Lily earlier in the story combine to give Snowflake the ability to fly where she heads straight to Santa’s to become a real elf! I do have to admit that the almost origin story of snowflake did overshadow the earlier story of Santa and his elves crash landing and the focus could have simply been on how the magic wish jar came to be rather than rediscovering the magic in order to use it to get back to the North Pole. The book-ending scenes with the stranded Christmas crew did seem also just tagged on the end with the center scenes where the story really began to gain momentum.

Overall, Santa’s Wish is a wonderfully festive Christmas musical that explores themes such as kindness and selflessness which are obviously very important. Seeing the faces of the young audience members being transfixed by the wonderful Santa or becoming overwhelmed with joy any time a performer would wave at them is fundamentally what Christmas is all about! I do have to say that I think the opening and closing scenes did seem to fall a little flat but the origin story of Snowflake is where this production really came to life. The castle itself has been wonderfully decorated with two ice skating experiences and so I would recommend young families (or Christmas-obsessed people like myself) to make a day of visiting the castle and making sure they catch a performance of this adorable show. I would rate this production 4 out of 5 stars!