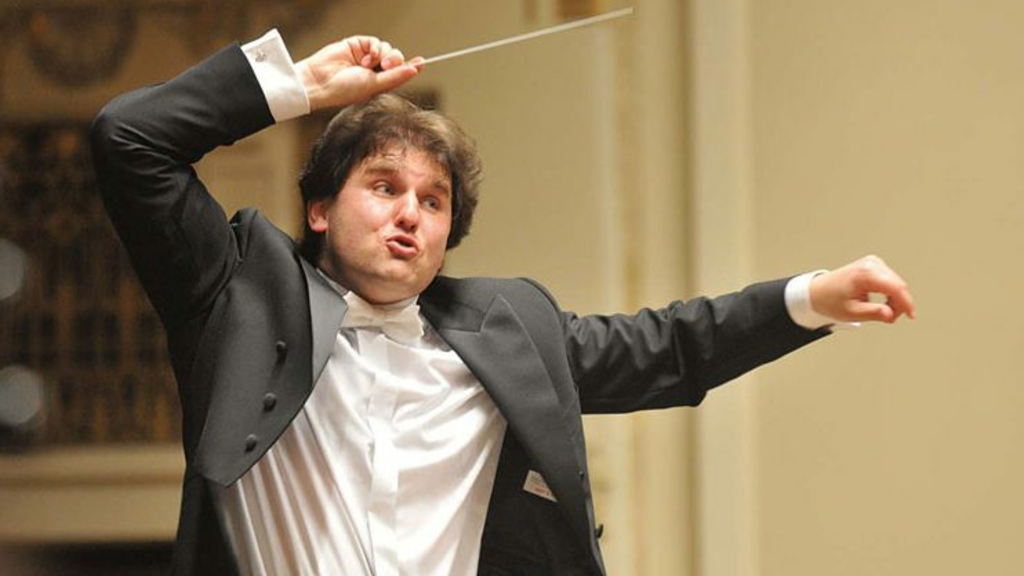 The sight of the WNO Orchestra is rare since we mostly see them in the pit of the Wales Millennium Centre. Chances to see them full throttle at St David’s Hall are always a pleasure and under the brilliant baton of music director Tomáš Hanus, this concert given the fitting moniker of ‘Czech Mates’.

Half of the programme for this concert would be smattering chunks from operas, yet a deeper divine into he orchestras repertoire were present. The Four Sea Interludes from Peter Grimes by Britten was done with subtlety and fury. It only makes you crave a full performance of Britten’s masterwork, not seen with WNO for what must be decades. There shimmering allure of the North Sea, church goers and the battering of a rampant storm all feature here, filled with nuance.

Dvořák and his Biblical Songs followed, with a pleasing turn from Jana Kurucová, a Slovakian mezzo who brought the spirit of the composer into the space. There was a hushed feeling to these setting of a selection of Psalms, ‘Thou art my hiding place’ and a setting of ‘The Lord is my shepherd’ as examples. Though I wasn’t as taken with them as I expected, I found Jana to be a rich singer who added a fine feature to this concert.

Janáček is proudly put on by Tomos every opportunity he can get, his native composer always offering wacky and inspired musical offerings that are usually a highlight on the opera stage and concert hall. His Sinfonietta, opens and closes with the soaring addition of a mass of additional  brass, leading on to eccentric string writing, a declaration to the folk music of his land and a catchy rambunctious nature hard to ignore. Tomos seems to float when with Janáček and we in Cardiff always welcome its magic.