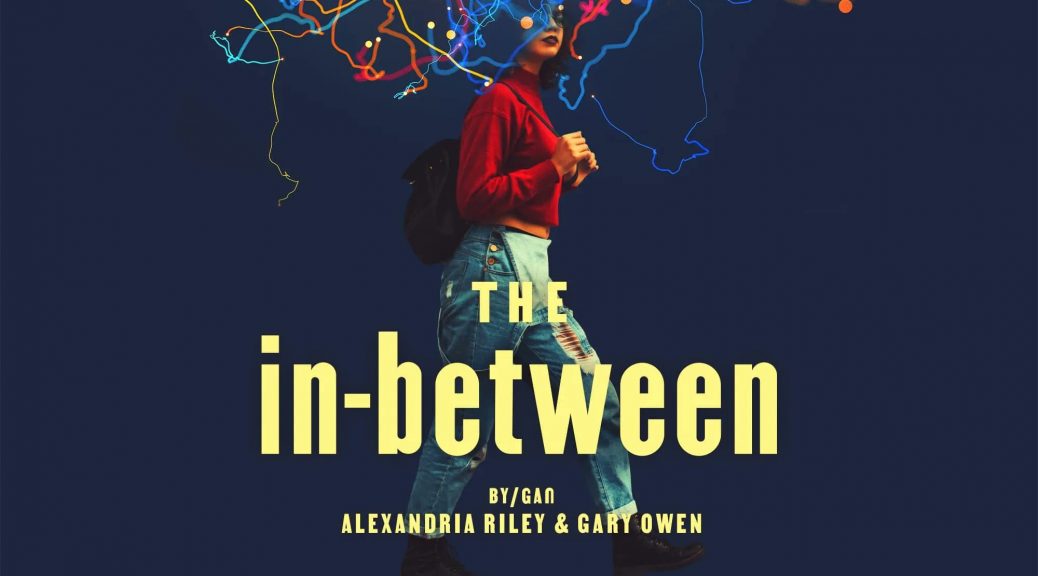 Disclaimer: some of my thoughts of the production are quite hazy, as I saw it several weeks ago, so I apologise if any of what I say does not reflect it entirely accurately.

To begin, I thought that the premise of ‘The In-Between’ was very solid, I loved the idea of a girl who had childhood dreams and went to music college, despite those plans not being as great as she initially thought, she goes through hardship and struggles to eventually get to a place of genuine happiness. It’s a great storyline of growing up, moving on and finding your place.

It starts off really strong, with the main lead Fay being a compelling character, she is initially excited by her future but struggles with adapting to her college and trying to impress her teacher and peers.

One of the things I noticed however, is that we never really get much insight into her peers, it would have been great for Fay to open up about her problems to one of her friends, and for one of them to affirm that they too are going through something similar things to her, and that she’s not alone in her struggles. That could have been a realistic turn of events, as in the production Fay’s classmates are all seemingly portrayed as significantly better than her, people that she fights to impress and gain approval of, they don’t really seem like legitimate characters, just props to further her story arc.

On another note, the inclusion of Fay’s dead Grandmother was strange to me personally. All she really did was appear ominously on stage from time to time and from what I saw she didn’t leave a powerful impact on Fay. We never saw her have many vulnerable moments where it looked like she was really affected by her Grandmothers death, and the only scene where it seemed like the story moved along a bit was a scene near the beginning when Fay was practising and her ghost showed up and listened to her performing, but from what I recall from Fay’s reaction, we didn’t see an emotional response while being confronted with a seemingly vulnerable element of her past, but I digress.

Additionally, the scene where she saved the boy’s life when he fell from a tree left me wondering – she saved his life, he gets sent to the hospital, she gets annoyed that no-one will know that she saved a life, and it’s never brought up again afterwards. She never had another interaction with the boy, and it’s never brought to a head or anything like that. I predicted/imagined that she would have met the boy again, and they would form a strong bond, but from what we see we never see them interact or give any indication that the boy is still around! That was odd to me that they would add something so prominent into the storyline for it to not be built on afterwards.

I personally feel it would have benefited from a longer performance time, as when it was wrapping up, I thought to myself “oh, it must be half-time!” but then it ended, and that confused me initially. For me it felt too short – it just didn’t feel like it had enough time to fully explore the characters and flesh out the scenes fully. However, I’ve since learned there were time constraints, seeing the actors/actresses only meeting two, or so, weeks prior to it going to live performance. Given this, it begins to make more sense. If it had been possible, even just half an hour more to wrap it up would have been welcome because it didn’t seem like the production had a clear middle – it certainly had an introduction, a drama and then a climax. If it just had a bit more of a longer middle, then it wouldn’t seem as rushed perhaps.

I do think the production team and actors/actresses managed to do a great job of creating what they did in such a short time, something that turned out to be very watchable, yet left me hoping for more.

To end on a positive note, the performers were extremely good. Their chemistry before it even began was apparent, with all of them hyping each other up onstage and the clear dedication to their role, which I applaud.