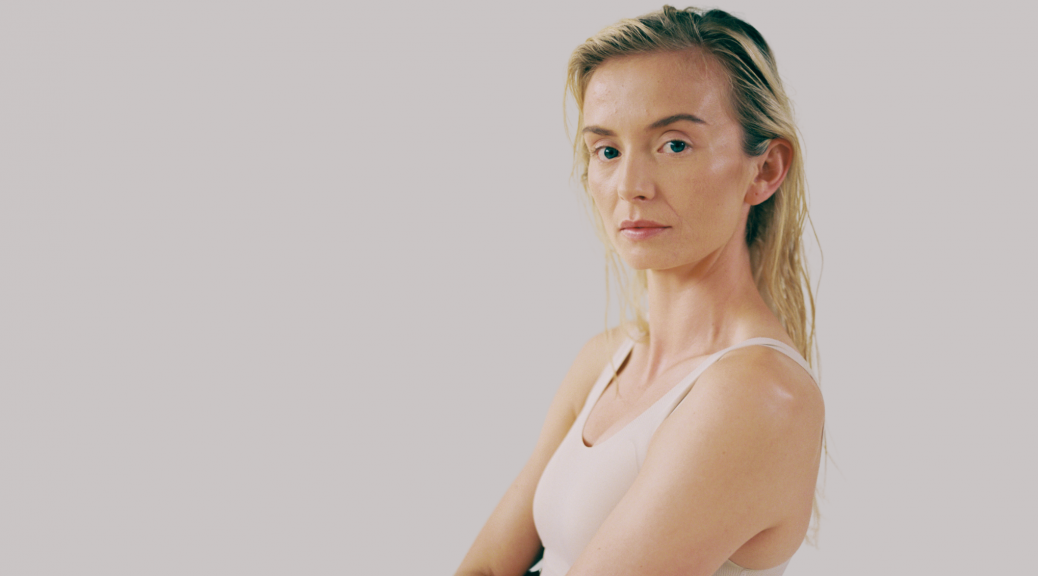 I have wanted to see this play for such a long time. Having lived in Cardiff, knowing the area, the people, being half Welsh and writing for a predominantly Welsh based online magazine, the opportunity to see this in London where I live was too much of an opportunity to miss.

Iphigenia in Splott is a monologue piece based on one character, her travel through drink, drugs, poverty, her look for love and some position in the World. She thinks she finds a reason why she was put on this Earth, more than once, to find it cruelly taken from her grasp. We see her change emotionally, physically and mentally over a 75 minute period. A lifetime explored in just over an hour.

As expected – Iphigenia is nothing but spectacular. The character itself is vibrant, funny, and energetic. Iphigenia (played by Sophie Melville) is to some extent a parody of the council estate, on the poverty line person, that cannot only be seen in Cardiff but all over the country. But there is something that stops her being stereotypical. She isn’t a one dimensional character who puts a bad name on a community, a threat to society or others or is made fun of due to this. She is confident, she is abrupt but she is real and sensitive and after everything, a person.

The aesthetics have a somewhat Royal Court aspect to it – a simplicity but elements of theatricality and aim to impact. Basic staging and lighting, there are only 3 chairs that Iphigenia utilises, nothing massively inventive but aids in creating scenes in a pub, a club, her flat, a hospital and so on. Behind, a wall of lights, some broken, which look a little like blinds, which flash in colour and intensity at very specific moments to shock and throw the emotional impact in your face. It isn’t overdone though – it is minimal, relying much on the writing and on the performance itself. But it does give a theatrical element to the story.

The story itself isn’t necessarily one of anything that is unusual. The heartbreak in different guises has been told in lots of different formats over the last 20, 30, if not more, years. However, there is something new in the way that Owen has written this. We never really see the twists and turns coming. It is as shocking as if we haven’t ever heard the topics before, but written and delivered in such a way that it hurts nonetheless and shocks you to the core. Perhaps, we fall in love with Iphigenia – her approach to life, her impressions, her humour and when she is vulnerable, we don’t want the bad things to happen to her. Melville throws herself into the character – real tears and sweat and colour changing in her face at exertion and pain. She is so believable, that it’s hard to even consider that this is a fictional character and a play.

Ending by bringing her story back onto us, we are targeted and given guilt, even if not directly affected. There is a real comment on how others, especially those of a lower class or in poverty act as the guinea pigs or the collateral damage to pave the way for better processes, better services, better treatment. In a World and a country that seems to be disintegrating by the day, it is almost as if Owen predicted this. But at the same time, it is a story as old as time and one never changing.

Iphigenia in Splott is absolutely phenomenal. It is a real example of the hardships that some face, of how there isn’t always a happy ending or a magical turn around to some lives, of how many sacrifice a lot to help others without them ever realising it. It is emotional and comical and heartbreaking. I came away in tears at the pain I felt for the character but also at the real life problems our World faces today.