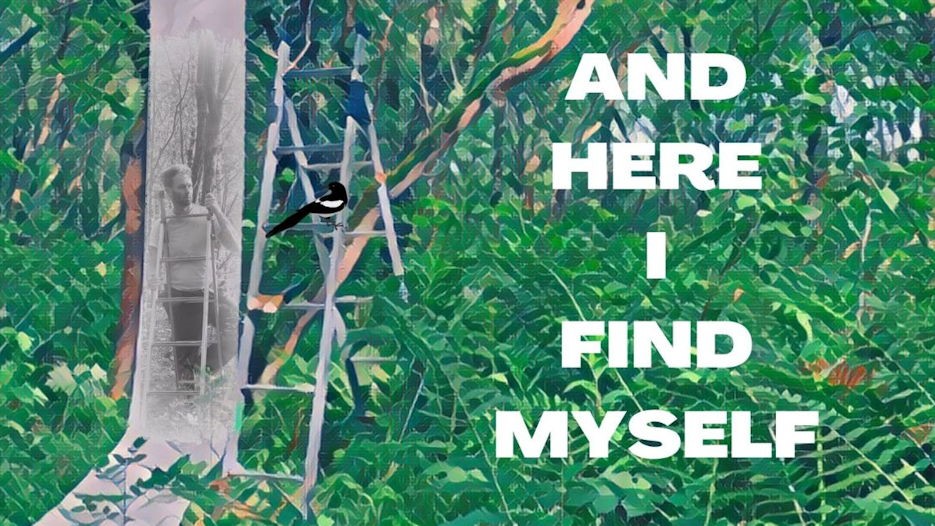 A morning spent trying to get to Manchester would be met by awful train journeys and the finding of hosts. Having always wanted to go to The Lowry, I stood up to the challenge and checked out some local theatre maker’s work.

Wayne Steven Jackson’s piece And Here I Find Myself is a highly personal affair, where the abstract meets the honest, the queer meets the quest for parenthood. Wayne’s journey in seeking a child through adoption or artificial insemination has proven to be a remarkably difficult venture. His show attempts to unravel this along with life goals, disappointment along with the battle with heteronormativity.

Long strips of blank scrolls are hung from the rafters, as Wayne pops more paper on washing lines, where projected actions are given and he must follow. He jumps, climbs ladders and speaks openly about all these things that have defined his life. I could easily relate to a great deal of his truth, though I can honestly say I would not want a child in the state of the world at this present time. Speaking how holding a baby made him feel, that overwhelming love for the child proves his legitimate desire to be a parent. The law for single, gay men to adopt a child is also a very recent action and should have been done much sooner.

Though the show is mostly there, I think some extra touches could really finish it off well. Wayne needs a head microphone when above the ladders and in other parts. Even with myself in the front row I was sure people in the back would have struggled hearing. He has a mic for the moody sequences in the back, spotlight bound on him going off on more insights and memories. The score by Jack Fleming is pretty and dark when need be, a sweet song by Katherine Myles is seasoned well in a scene after much discord. The video work by Studio 91 Media adds atmosphere, projected onto the scrolls and a metaphorical magpie (Wayne in a sort of Black Swan glow up) haunts the space for most of the show.

Maybe I craved a bit more humour or less of an experimental veneer (though I usually live for this). I could feel I was sat with friends of Wayne, so there was also that. There is some interesting ideas here and more queer voices are truly want I want to hear now. We hope the journey’s end of this story is a child to call one’s own.