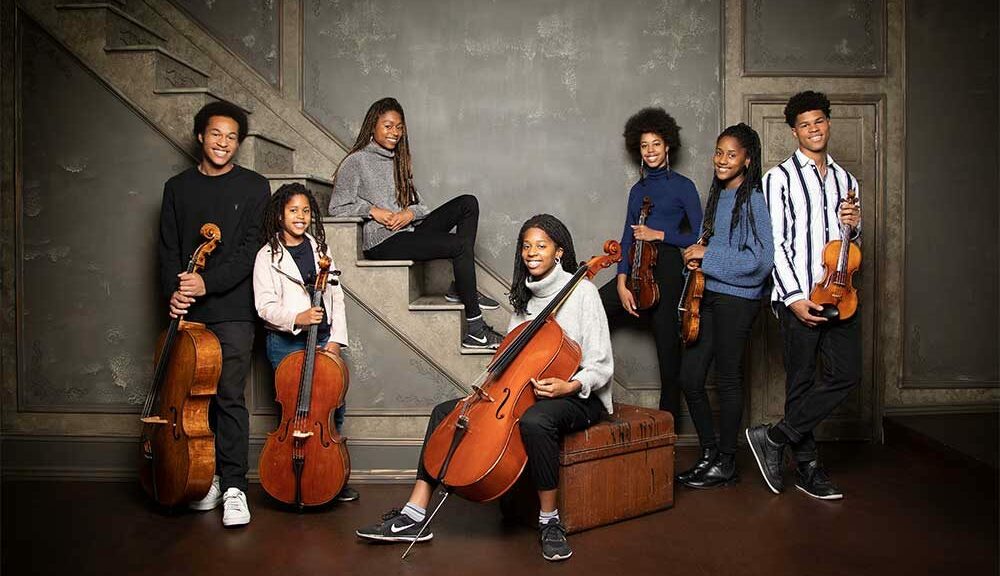 It was touch and go for the return of the Welsh Proms if maestro Owain Arwel Hughes would conduct after a Covid scare. Owain’s loyalty to the Welsh side of the Proms is extensive and helped bring in large, attentive audiences.

A Prom from the Kenneh-Mason brood would bring some new blood to the festival in fine music making form. I’ve seen a few of them here and there in more intimate recitals, yet here the siblings played together and then duet after duet would form. Little doubt being the most musical family in these lands, the talent on display is but hereditary brilliance. The combined forces of Isata, Braimah, Sheku, Konya, Jeneba, Aminata and Mariatu graced the stage and all proved to be no gimmick.

A broad programme of bite sized work (some miniatures some extracts of larger pieces) loomed heavy over the night but the long list was gracefully ticked off as each brother and sister had their time to shine. My views on Eric Whitacre are very mixed and the opening of his Seal Lullaby was pretty and gave everyone some moments of harmony. The work of Coleridge-Taylor is newer to me (a diverse composer with work still being discovered decades after completion) and has blues  charm and a gusto all of its own. Schubert on the piano was a highlight the quirky scales and stunning timbres of the composer always stood out and left me wanting more. Chopin I’ll take or leave, but still played very well indeed. The youngest sister doing Frank Bridge was impressive even with some understood nervous energy.

A showy take on Liszt’s famous Hungarian Rhapsody No 2 is bonkers, made famous by Tom and Jerry and the real crowd pleaser of the night. Sheku got to pick a more quirky piece for his cello and that of Shostakovich’s Sonata for Cello and Piano (Allegro). His take on Welsh hymns also are met with acclaim, the family having proud Welsh roots. They came into their own in the marvellous riffing on a medley of songs from Fiddler on the Roof. These classics are played with joy and are inflected with some marvellous colours thanks to the combination of duo piano and strings. Even a surreal encore of Bob Marley only added to the pot of an evening that wont be forgotten in a bit. Come back when you can!