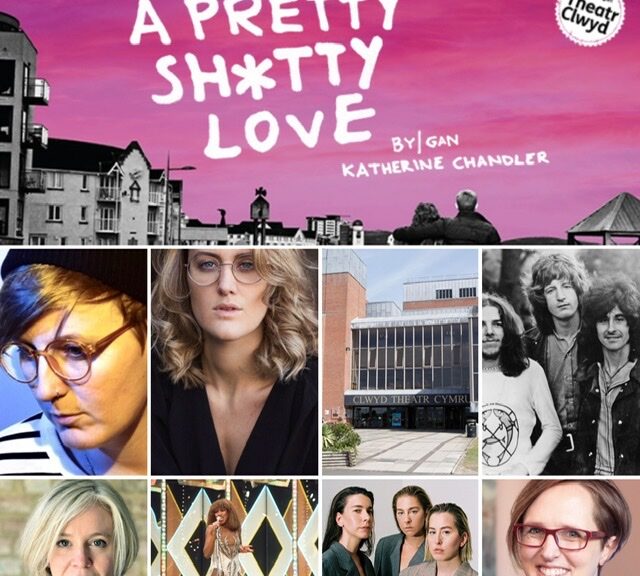 Hi Francesca, great to meet you, can you tell us about yourself and your work?

Hi! I’m a female, working class director- born and bred in Swansea, then went to drama school in Liverpool, where I now live. After graduating back in 2014 I had a short stint of performing but I quickly realised how much I enjoy carving out the stories I want to tell. The fantastic Kate Wasserberg offered some assistant director experience as the trainee director at The Other Room Theatre in Cardiff. It’s through her that I met one of the most influential people over my career, Tamara Harvey and started my wonderful relationship with Theatr Clwyd where I went on to be one of the first recipients of the Carne Trust Traineeship for Directors in Wales.

The work I make is influenced a lot by music. Since a child I’ve loved singing and dancing, and I find music is at the core of a lot of my productions. I’m drawn to real stories, real people and the extraordinary moments in everyday life.

You have just directed a new play A Pretty Sh*tty Love, what role does music play in this production?

Before I even knew what the script would be, I had a composer on board. I love working with Alexandra Faye Braithwaite I think she’s extraordinary and her work is so intricate and emotive.

We knew that the piece would be heavily underscored and that music would be its own character. It’s a real story about a real woman who was buried alive in Swansea by her abusive husband. It’s a two hander but heavily told by the main character, Hayley, who draws back on memories. Music is a way to evoke memories for all of us and, in this production especially, it’s the thing that helps lead her through her story. I feel like I won the theatre lottery by having Katherine Chandler write the script, because her writing is so musical anyway so it’s really beautiful to underscore. Kath writes real people better than anyone I know and I think it’ll be a really special, important story to tell.

The performance at Chapter on Wednesday 27 July has a post show Q&A with Francesca and Writer Katherine Chandler.

There is BSL Interpretation by Sami Dunn on Friday 29 July

This chat is specifically about music and the role it has played in your personal and professional life. To get is started what are you currently listening to?

I had serious FOMO not being at Glastonbury this year. I love live music and so I watched all of the highlights on TV. So, I think that’s influenced a lot of my current playlists. Currently, it’s Holly Humberstone, Maisy Peters and Haim. I always have Haim on repeat – I think they’re just amazing. Weirdly, I saw them in a tiny gig in Philadelphia back in 2012 when no one knew who they were and the drummer played one song on the kit with her heels. I knew I loved them then.

We are interviewing a range of people about their own musical inspiration; can you list five records/albums which have a personal resonance to you and why?

This takes me back to uni, student nights out and moving to Liverpool.

I’m currently developing a new Badfinger actor muso piece with my good friend and creative partner Daniel Lloyd, written by Swansea playwright Tracy Harris. I think this album is extraordinary; the talent of these boys is just unreal.

3.Meatloaf- Bat Out of Hell

I put this album on whenever I need a big pick me up, or long car journeys when I need a good sing-a-long. I love how theatrical it is and how every sing is a full production. Growing up I listened to a lot of musical theatre as I wasn’t that interested in new music (the exception being The Spice Girls obvs).

It was SO hard to choose just one of Jamie T’s albums. He’s always been one of my favourites and I think the person I’ve seen live the most. Me and my best mate Louise were just obsessed. We’d get in from a night out in Swansea and wake up the next morning with tickets to his gig, having no recollection of buying them. We’d know every song word for word and sing it as loud as we could in the car!

This is such a cheat, I’m sorry! But I really couldn’t pick one album or song. My parents would play Phil Collins constantly growing up and they still do! I love listening to him, it reminds me of home and makes me think of my mum and dad. The three of us recently went to his final Genesis concert in Liverpool and I remember thinking, I’m going to remember this moment forever. It was really special.

Without You – Badfinger. (From the No Dice album)

The story of this band has stayed with me so much over the last year or 2 whilst working on the show. Just a couple of boys from Swansea, with so much talent who just wanted to make music, and they had such a sad end. The story is heart-breaking. People think this song was written by Harry Nisson, or maybe younger people might think of Mariah Carey, but actually it was a lad from Townhill, Swansea- Pete Ham. He wrote it with bandmember and scouser Tom Evans. So being from Swansea, living in Liverpool, it feels particularly special.