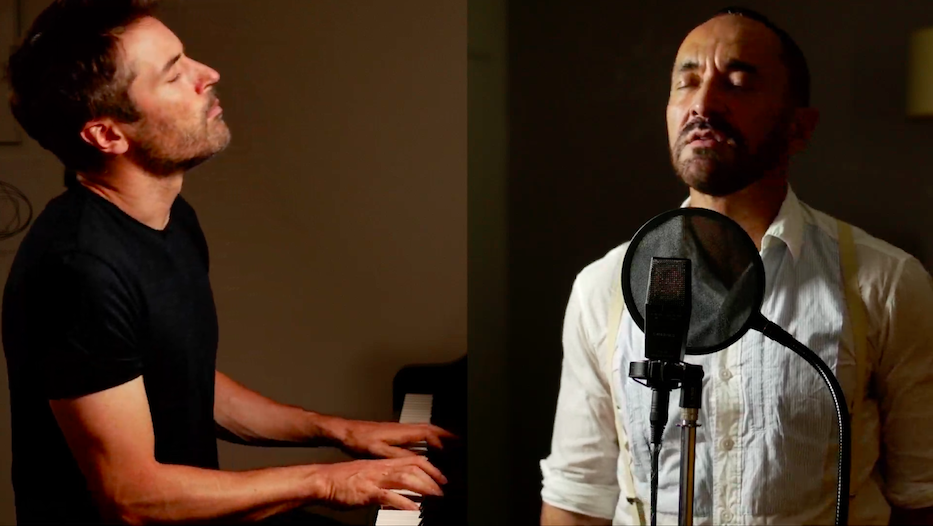 It looks like livestreams have not entirely left us. Though when one is as good as this, I shouldn’t moan. Theo Bleckmann is familiar to me with his extensive collaboration with Meredith Monk, though a Grammy winner, his jazz career should also be recognised.

In this midweek livestream, Theo along with Dan Tepfer on piano gave a warm, welcoming recital of Weimar songs, later German work and his own creations. The names of Kurt Weill and Bertolt Brecht need little introduction, their cabaret numbers some of the best in the canon. Theo, with his perfect German, offered up rowdy numbers, tinged with a sharp irony and camp sensuality. As a singer, he is light and bright, though has a rounded lower range, perfect for these songs. The Alabama Song from The Rise and Fall of the City of Mahogany may be best known for The Doors’ cover, yet here it is brought back in a stripped down shot. You can feel the clamour of this drinking song, one that really gets in your head.

As accompanist, Dan Tepfer is everything a singer could want for. An deeply rooted understanding of the music, he displays an easy going, quiet persona, broody and subtle on screen. Unafraid to grapple with the score, his animation makes the experience all the more enjoyable. Dan was more than happy to answer questions from the livestream, pressing some of these onto Theo in an informal way to please this attentive audience at home. The highlight for me came in the middle with Hanns Eisler’s Friedenslied (also written by Brecht), an unashamedly melodic and sincere please for peace written in the composer’s time in East Germany. Well needed in this difficult year. A lovely moment came when they were both making sure they were in the right key before a song (turns out it was E flat), due to the jazz modulation changing that aspect of the song.

Theo’s own songs are a new discovery for me. You could easily compare his to Meredith’s work, though there is a telling sense of the lyric and the musical per se. Singing both Easy and Reason, they both demonstrated his talent in both approachable and experimental bands, one minute crooning, the next grunting and guttural. The amazing, free wheeling quality of Reason ended things with aplomb. Theo promised to do the classic Useless Landscape next time and his own Alphabet of Paints. Tantalising stuff!