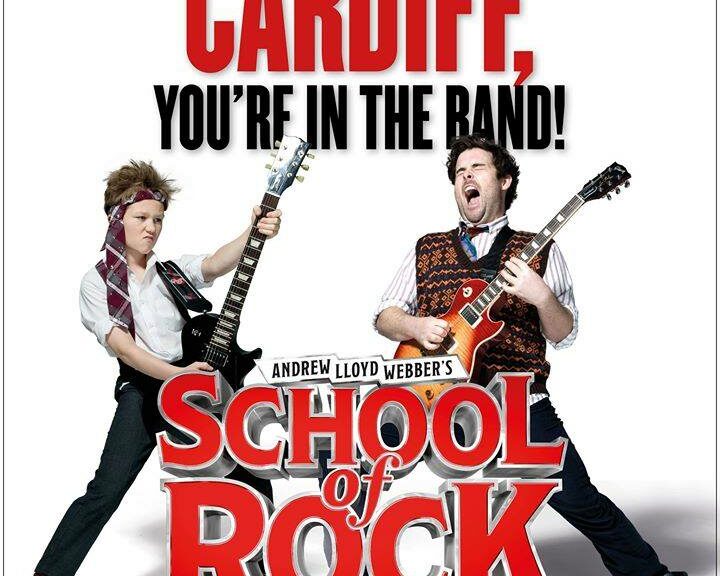 Captivating and exciting from the start as the show opens with No Vacancy on stage, the sound of thrashing electric guitar and screaming vocals that wouldn’t have sounded out of place in any 80s US rock band. With dreams of stardom and a desire to be the best, things soon turn sour as Rock God wannabe Dewey Finn is fired from the band. With no money or prospects and little desire to do anything but play music, Dewey spends most of his time in bed, much to the annoyance of his best pals’ wife who wants him gone from their apartment where he is living ‘rent free’!

One morning when the apartment is empty Dewey takes a call from the principal of Horace Green Preparatory School, a call intended for his supply teacher pal Ned Schneebly, offering temporary paid work. With the prospect of getting paid for hopefully doing very little Dewey poses as Ned and takes the job, and this is where it all begins.

Dewey soon realises that the children at the school have incredible musical talent and he hatches a plan to harness that talent and enter a competition called Battle of the Bands.

In case you are unfamiliar with the rest of the story I will give no more away but have I have two words ABSOLUTELY INCREDIBLE! The young cast were probably one of the most talented and energetic I have ever seen and heard. Not only were they brilliant actors, singers and dancers they played their own instruments! Yes you heard me right! And not only did they play their own instruments proficiently but they played them with what appeared to be a natural ease! Not a beat was missed!

With most of the focus on Dewey and the kids it is easy to overlook the rest of the ‘grown up’ cast but shouldn’t be as every single one of them played their part and played it well.

Overall the show was a rocking success, exciting, exhilarating & emotional!

I’m sure that most people are familiar with the film School of Rock but maybe not the show, so all I can say is get yourself a ticket, get ready to rock and….. STICK IT TO THE MAN!