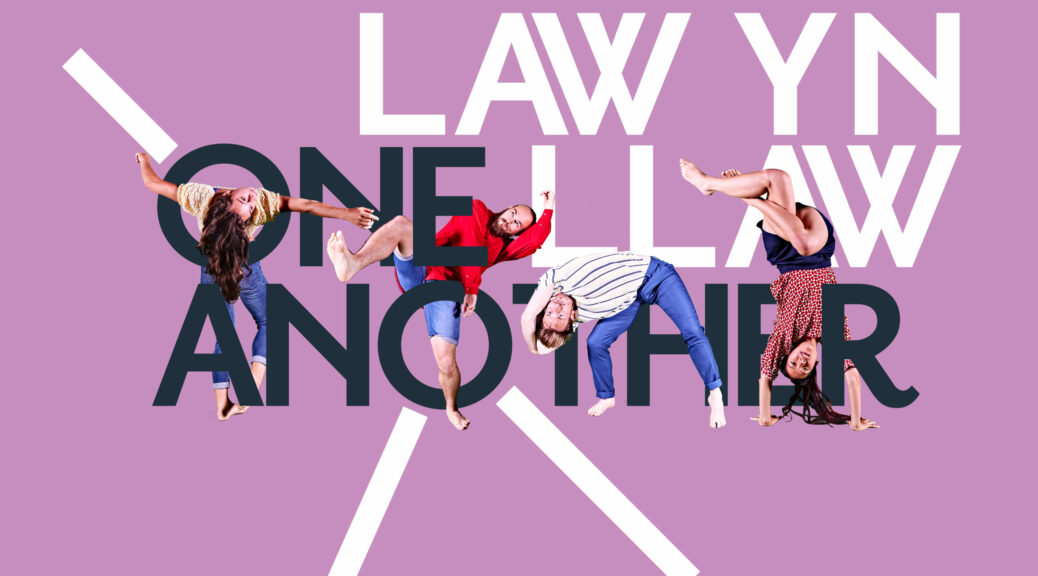 So much of what it on offer at the theatre is routine light entertainment or tired re-runs of old chestnuts. A lot of new material, despite the best endeavours of marketing departments, also fails to excite. But, off to one side of mainstream theatre, there is contemporary dance and ‘One Another’ is a show that would appeal to anyone who enjoys performance and who appreciates physical technique, vivid imagination and enthusiastic exploration.

Wild Thoughts is an introduction to the company, with individual dancers appearing, performing similar routines, followed by duos and trios until everyone is on stage and a lot happens simultaneously. It’s extremely energetic (the first performance of the evening?) and very tight. There might have been mistakes but you would have been lucky to spot them. Although it’s fast, athletic and technical, it’s by no means dry. The dancers add to their movements by calling out the names of body parts in a synchronised chant. It had never struck me before that the word ‘thigh’ could achieve dramatic intensity!

I’d seen Codi the last time NDCW performed at Theatr Clwyd. I found it interesting with its clever use of lights and its references to the real life of coal mining and coal mining communities. The second time around, though, as much of it is performed in semi-darkness, to make the most of shadows and the helmet lights, I missed the facial expressions which added so much to the other pieces. And, whilst the soundtrack, mainly consisting of percussive noises is appropriate, it didn’t appeal to me. Nonetheless, this is dance approaching social comment and some of the poses that were struck resonate.

Ludo was fascinating and completely mad. It is a pot-pourri of situations taking place on and around a large table and then a number of park benches, which the dancers can manoeuvre individually or link together. There are moments of surrealism, in which elastic costumes are pulled in all directions, concealing the head or the limbs so that weird shapes can be created – and moved around. Little scenes are played out, teasing the intelligence – you want – in vain! – to work out exactly what is supposed to be going on. Objects, like an old gramophone player and a jam pot, are used as toys. Elements of stage business, like conjuring tricks and trompe l’oeil occur almost randomly. There’s no logic to any of the way the moments segue together, but that’s the fun of the piece. It makes nonsense of the idea of narrative by keeping you guessing throughout. It also makes you wonder if the stream of colourful ideas came from a single choreographer (if so I’d like to have some of what she is on) or if the company contributed their own ideas to make up the mix. The soundtrack to the piece is also charming, including, perhaps inevitably, an accordion at one point. The show ends with a smile.

The only downside is that the evening can’t build as it might with a ballet or a full length play. There are effectively two intervals which are almost as long as the pieces themselves. The audience is left to sit and look at the curtain, talking amongst themselves, or to go outside into the tented reception area which was very draughty (Theatr Clwyd is being substantially rebuilt). There will be technical reasons for these gaps – the dancers need to get their breath back and the set needs to be re-jigged – but ideally, there should be something happening on stage – a talk or question and answer session or even a bit of live music. Performances engross our attention and extend our concentration. If you can find a way to do this cumulatively you achieve more momentum.

That said, NDCW are to be congratulated on putting on a diverse and original show, of the kind which keeps theatre alive. Theatr Clwyd are also to be applauded for keeping their programme varied and making sure their local audience can experience the best in modern contemporary dance.