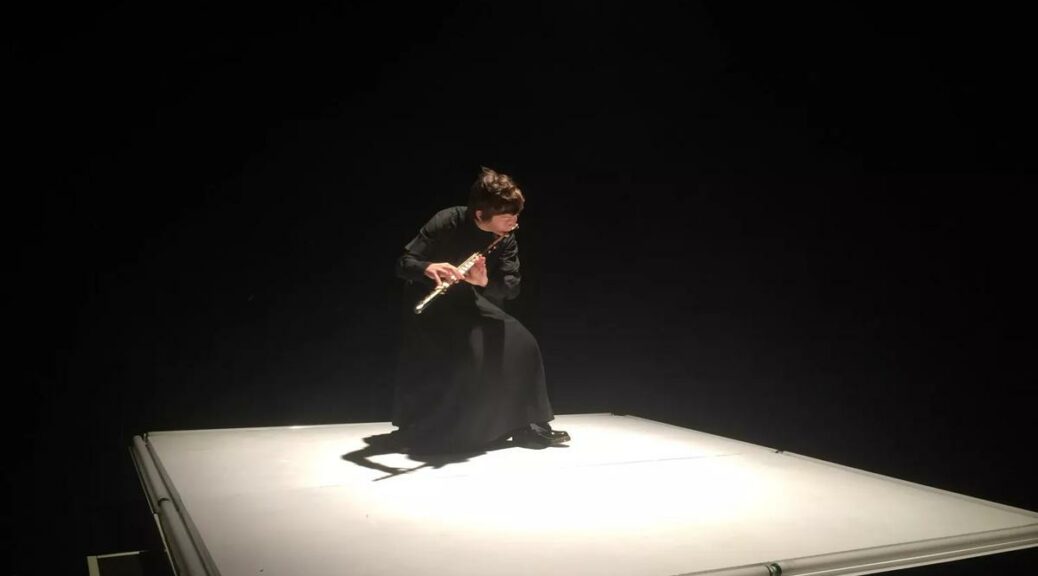 A intense weekend of events wrapped up nicely with the conclusion of SoundState at the Southbank Centre. I had officially crashed around this point, though keen to see more. Till the bitter end really.

Starting off with ‘together on the way’ from Eva-Maria Houben & GBSR Duo. By far one of the quietly intense concert experiences I’ve ever been too, the Queen Elizabeth Hall was awash in stillness, if not the odd cough and shuffle. One part quite demanding, it also found it rather zen, a well needed mediation after a non-stop few days. Nature comes to mind and outer space, the organ here only ever a drone to the interplay of piano and percussion. You can feel the spirit of Morton Feldman, though it doesn’t quite reach that plateau. Amazing how the organ could sound like train whistles or an an earthquake when the stops are teased. Wales’ own Siwan Rhys played oh so softly on the piano, with some Henry Cowell like string strums and stimulating chords. George Barton was another fine addition on percussion, an attractive array of gongs, temples bowls amongst other delights. Eva-Maria Houben had some deeply impressive concentration levels to keep the organ on the straight path in it’s never ending backing ambience.

Following on was a fine highlight of the entire festival. Claire Chase and the music of Pauline Oliveros was a mere 45 minutes in length and had a massive, lasting impact. Endlessly charming, Claire plays flute supremely well. Her acting also note worthy, since Oliveros demands a performer musicianship, something right up my line of work. Sounds from childhood, asks the audience to create noises they loved making as a child, something I had to abstain from due to my usually temperamental throat, Senem Pirler on live electronics capturing the noises for a unique performance then manipulated it into a brittle soundscape. She did a super job throughout.

13 Changes featured written, Magritte like visions leading to traditional flute, panpipes, and other similar woodwind, Claire showing her breadth in the field. A little boy behind me spoke of this confusion cornering the words, some funny little moments here. Ending with Intensity 20.15 – A tribute to Grace Chase, Claire has taken the posthumous poetry her grandmother left around. A fabulous circus theatre here, as the words become almost Gertrude Stein like, moment after moment of Jaime vu intensity, as the ludicrous heights only gets higher. Shoes and scrappy hand bags frequent the space as all this occurs. Her grandmother’s poetry is piffy, witty, with flickers of sharp observation constantly on show. The grand finale was a solo on the massive contrabass flute, a sight not to take lightly. This touching performance will be on my mind for some time.

To end the huge weekend was a trip to the Barbican, making me sadly miss the last event of SoundState Music of Today: How Forests Think. London Symphony Orchestra gave an evening of mostly new music, an exciting night of premiers. Finish composer Joel Järventausta’s Sunfall was a world premiere and had the heat of the sun going for it, inspired by our own very star and early, blazing impressionistic paintings. Helen Grime’s Trumpet Concerto featured soloist Håkan Hardenberger, in a slick three piece grey suit. Somewhere between jazz and contemporary classical, the piece never found any ground to call it’s own. Though the opening and closing was a clear reference to The Unanswered Question by Charles Ives. I felt little for the piece, though Håkan did excel her, face bright red in what comes across as a concert that will require further listing to really understand it.

The pearl of the premiers came from Spain’s Francisco Coll and his Violin Concerto. Soloist Patricia Kopatchinskja dazzled in her charcoal affronted white dress. She rarely stoped playing and the whole piece was frantic, alive in a locomotive bombardment. A touching slow movement was powerful, the final few minutes taking on a jolting, free form style as if the composition was buckling under its own weight The audience were very much impressed with this new work and it should do the round more. Coll is a composer to follow for sure. Even his self-portrait in the programme proves even further talents.

The evening would also feature two of Richard Strauss’ tone poems: Till Eulenspiegel and Death and Transfiguration. Whilst the first had cheeky, trickery inspired by the German trickster, the latter had a deep soul, fine harmonies leading to a rousing conclusion. Strauss excels in writing for orchestra, François-Xavier always on top form as conductor be it premier or a concert classic. He excites audiences every time he grabs the baton.

The London Symphony Orchestra concert will stream on Marquee TV for a future broadcast.