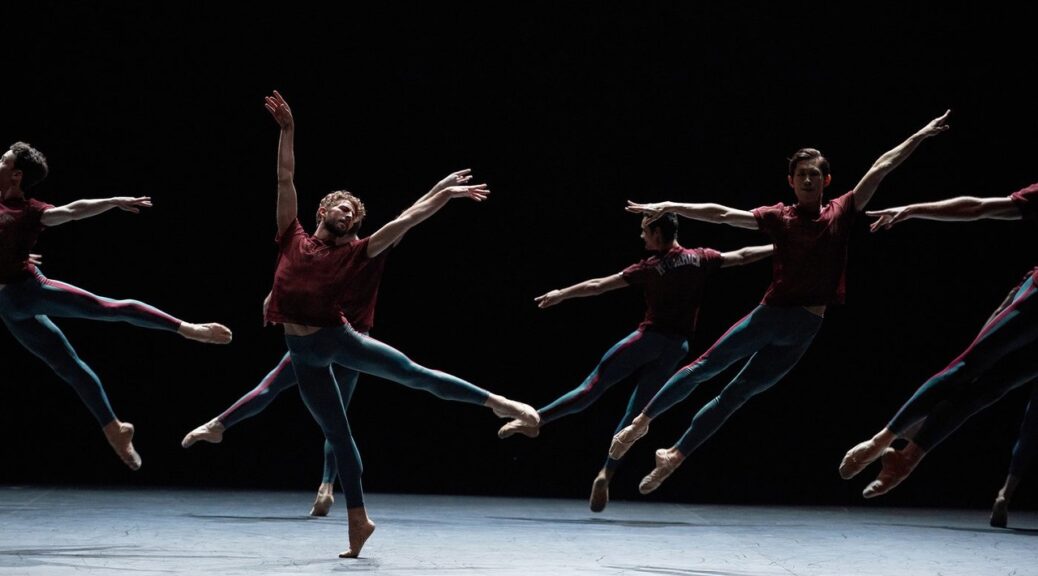 A return to London, a return to dance. I could not ignore the allure of Sadler’s Wells and the newest offering from English National Ballet. With choreography and stage design by William Forsythe, this was very much his evening. The showing off of his dance work bled into every moment of the night. The soundtrack over the brief night would randomly feature James Blake, Barry White and a variety of other musical taste. I pondered throughout, does it work?

The dancing on display cannot be underestimated. Yet, the music didn’t always necessarily ground the pieces and we had a choice of various petite performances of blinks and you’d miss them proportions. I want to say it felt more like strident ballet sequences fitted with pop and peculiar musical choices, having a certain charm but just not really making much momentum. The second part of the night entitled Playlist had a more club anthem feel, the audience clearly swept away with it’s frantic mania. This remained a curious take on ballet both old and new, more so of the later. There was an angular, almost cubist approach to movement, the men and women getting stirring duets or flourishing ensemble motifs. You almost want to recreate some of the poses at home.

It was the short nature of the entire night which made for a pleasant variation, two short parts with plenty of insight and intrigue. Like on this press night, this should please a lot of people, the choice of music should help break down some barriers and make ballet per se more accessible. The choreographer appears to be making waves in dance and work like this can only continue his. passions. A night like this can only define the talents of some spectacular dancers with builds that could leave most of us reeling.

Spend a night at the Fosythe Evening. It is a guaranteed success.