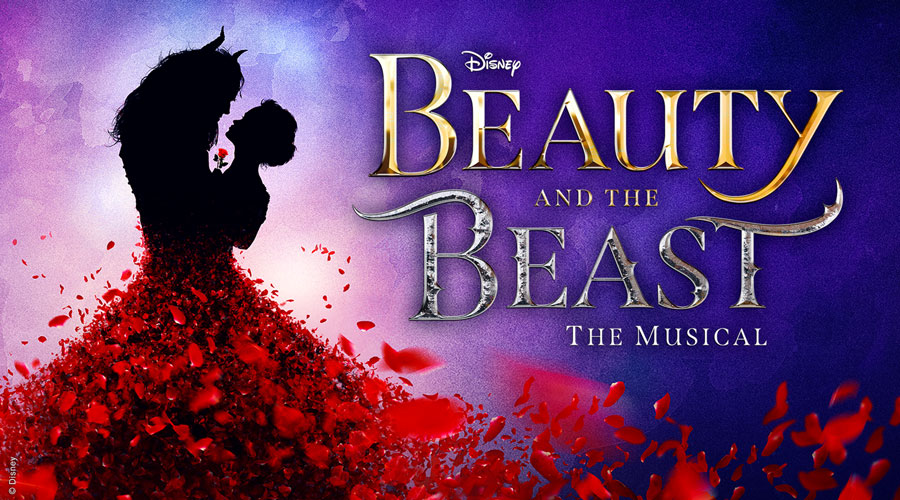 A beauty, a beast, a castle, and a rose: these are the pieces which make up one of the most beloved stories of all time. Disney’s animated classic has enraptured audiences for thirty years, and for good reason, featuring memorable characters, iconic songs, and awe-inspiring animation. It’s no wonder that it took Broadway by storm soon after, and now a new touring production has made its way to Cardiff to remind us just how special a show this is. It’s easily one of the most incredible things I’ve ever seen on the stage.

The team who brought the film to Broadway in 1993 have assembled to weave their magic once again, furnished with new technology, designs and special effects. Featuring music by Alan Menken and lyrics by Howard Ashman and Tim Rice, and from a book by Linda Woolverton, Disney’s Beauty and the Beast brings to life everything you’ve ever loved about the original. This is a cast and creative team that are second to none, and together they make every frame a painting – you’d need ten pairs of eyes to take it all in.

Directed and choreographed by Matt West, Beauty and the Beast is a visual spectacle like no other. The Millennium Centre is the perfect location for a show of such immense proportions, and not one inch of the space is wasted. Ann Hould-Ward’s costumes, for which she won a Tony in 1994, continue to amaze and Stanley A. Meyer’s sets astonish – each one a work of art, they simply have to be seen to be believed. John Shivers’ sound design and Natasha Katz’s lighting, together with Darryl Maloney’s projections, are the unsung heroes of the production – and combine most thrillingly in an atmospheric chase scene in the woods that will get your heart pounding. Danny Troob’s sumptuous orchestration breathes life into Menken’s spellbinding score and Jim Steinmeyer’s illusions truly make you believe in magic. It isn’t just like walking into the movie, it’s like walking into a fairytale.

But their artistry can only thrive in the hands of a wonderful cast – and what a cast! As Belle, Courtney Stapleton commands the stage with a quiet power and a stunning voice, qualities which are showcased to perfection in the song, ‘A Change in Me’. She shares a wonderful chemistry with Alyn Hawke as the Beast, who brings a fantastic physicality to the role and a fabulously grumpy sense of humour that’s just like his animated counterpart (not to mention his magnificent rendition of ‘If I Can’t Love Her’). Sam Bailey’s Mrs Potts is a delight and she performs a gorgeously moving rendition of the title song that would make Angela Lansbury herself proud. Meanwhile, Sam Murphy as Lumiere and Nigel Richards as Cogsworth are the double act dreams are made of: Murphy is delectable as the charismatic candelabra with showmanship to spare, while Richards as the crotchety clock channels Ronnie Corbett via Dame Edna, but with a charm that’s completely his own. And there are excellent supporting performances by Samantha Bingley (Madame Garderobe), Emma Caffrey (Babette) and Martin Ball (Maurice), plus Iesa Miller as the most adorable Chip.

Between the audience and the actors, it was difficult to tell who was having the most fun – but I think that honour might go to Tom Senior as Gaston and Louis Stockil as Le Fou. Their rousing performance of ‘Gaston’ is the most fun to watch, and their (literally) rabble-rousing ‘Kill the Beast’ was both the most moving and unnerving number on the night. But for pure, breathtaking, all-out entertainment there’s not much that can top ‘Be Our Guest’, a feast for all the senses that evokes Busby Berkeley and Max Bialystock – Matt West and the cast have truly outdone themselves here.

I simply don’t know how you could get better than this – my expectations were astronomical and this show soars to the stars and back. This is a masterpiece which is every bit as good as the Disney original: if you love the animated film, you will adore this; if you don’t, you will be swept up by the magic, skill and spectacle on display. Enchanting visuals, a flawless cast, and a timeless story make Disney’s Beauty and the Beast an unmissable experience this Christmas. This tale as old as time has never been needed more that it is now: it tells us that true beauty can only be found within, that love is more powerful than fear, and that we need to keep hoping even after the last petal falls.

Disney’s Beauty and the Beast is playing at the Wales Millennium Centre through 15 January 2022.

In line with Welsh Government legislation, everyone attending the show will need to show an NHS Covid Pass or proof of a recent negative Covid test result with photo ID. The Millennium Centre have implemented a number of COVID safety measures to keep audiences and the cast safe throughout performances.