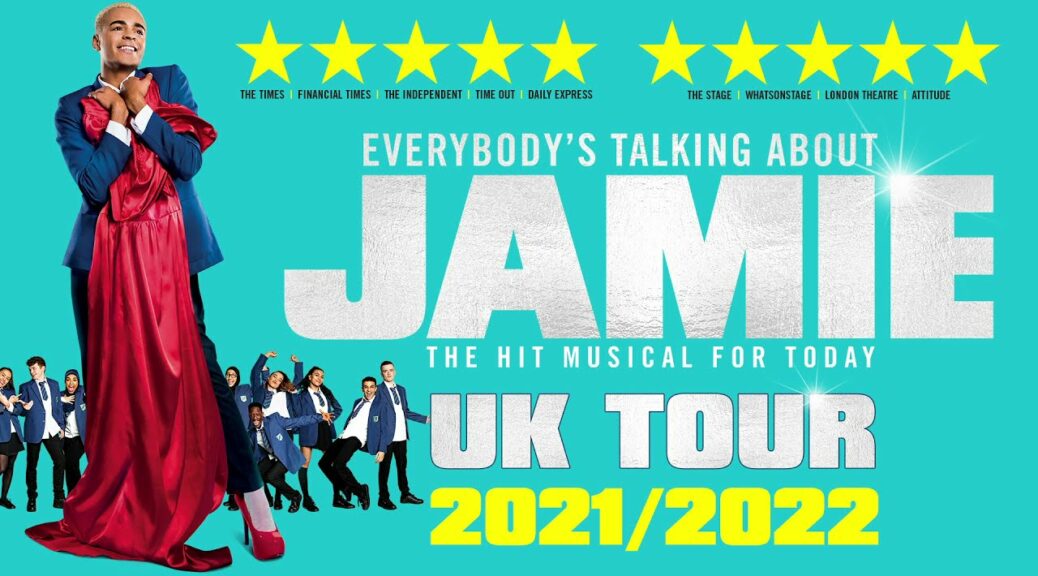 Everybody should definitely be talking about Jamie.

The Millennium Centre was packed on the opening night of ‘Everybody’s Talking About Jamie’. It’s been so long since I have seen a show on the scale of this one, and you could really feel the buzz in the air from everyone who was just excited to be back in the theatre.  We had some of the best seats in the house, front and centre, with a perfect view of the stage. I loved the set and the way the band were elevated and silhouetted throughout the performance. The use of lighting and projection was also extremely clever and contemporary, often supporting the audience to give our characters a sense of time and location when needed.

It was a stellar performance from our cast, highlights for me being the performance from Jamie’s mum, Pritti, and Jamie himself. Layton Williams’ energy was unstoppable, he was full of charisma on stage and brought a lot of authenticity to the role of Jamie in those darker moments. His presence was matched beautifully with the company of Shobna Gulati, and Amy Ellen Richardson. The connection and chemistry between the trio was warm and comforting. It gave us a sense of home as soon as we were brought back into the kitchen.

Amy Ellen Richardson gave a phenomenal performance of the song ‘He’s my boy’, she captivated the audience with every word, and her dulcet tones and dramatic delivery got the biggest cheer in the whole show.

Sharan Phull played Pritti Pasha in the production, and did a brilliant job. She managed to maintain a strong presence even though her character was such a contrast to the bubbly and lively Jamie. Some of the songs she was required to sing seemed very difficult vocally, but she was extremely skilled vocally and managed to still bring her style into her singing.

The main cast were supported by a fantastic ensemble, the choreography and vocals were tight and slick- and they managed to keep a consistent buzz of energy throughout. Talia Palamathanan who played ‘Becca’ really shone, she was so engaging on stage and it felt like she was leading the ensemble.

I loved the individuality of all of the cast, the acting was mainly naturalistic, and I wouldn’t assume all of the vocalists were trained in Musical Theatre singing. Everyone was able to bring a piece of themselves and their individual style into their role, which made the characters and the show as a whole, far more relatable.

“Everybody’s Talking About Jamie” is a story about friendship, the bravery to be yourself, and of course Drag Queens! I commend the diversity of the cast, and the fun-loving nature of the show. It’s a must watch for people of all ages!