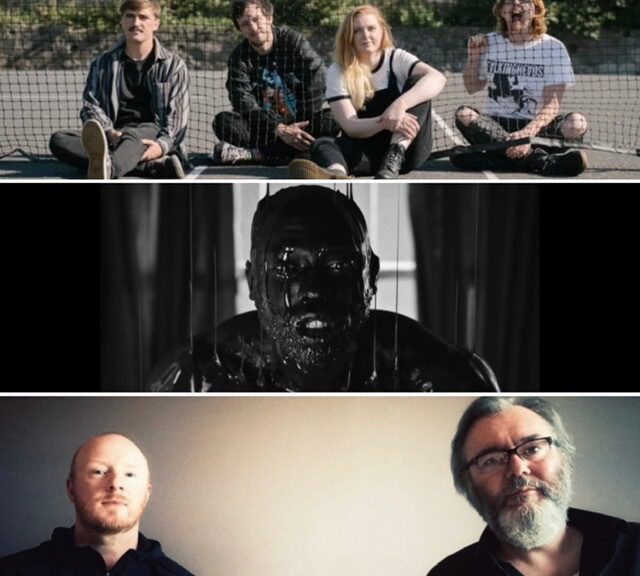 The Festival of Voice was established in 2016 and is held at the magnificent Wales Millennium Centre. Each festival uses cultural interests or current trends, bringing artists and audiences together over four days of thought-provoking performance, incredible live music and inspirational talks. I went to the festival on day 4 (the Sunday evening). There were a number of free public performances throughout the centre, including audio installations, panel discussions, pop-up dance routines, immersive 360 films and youth theatre productions, which sadly I didn’t get to experience.

However, I did get to see three incredible performances from Sprints, Ghostpoet and Arab Strap. I was surprised at the small crowd that were in attendance, given the buzzing, raucous, riotous, acts that were performing. This may have been due to covid anxieties or maybe the cost of £50.00 for a day ticket, instead of paying for individual shows, nonetheless, the turnout was very disappointing.

I’d never heard of Dublin based, Sprints, before tonight, I felt ashamed of myself, they are a riotous, post-punk, loud band, I felt excited, they were gutsy and off the cuff. They’re a band with a purpose, their music reflects the issues that affect us all on a day-to-day basis, coming from Ireland they certainly made a point of informing the crowd about the recent legalisation of abortion and same sex marriages, recent changes that have an enormous impact. Chugging, anthemic guitars and driven drums are matched by Karla’s snarling vocals. This is punk at its best, hectic, spontaneous and rambunctious. Festival of Voice was their first gig in Cardiff but definitely not their last, I’ll be seeing them again.

Up next was Ghostpoet, what can I say? He’s a cool guy, energetic, charismatic, a performer, he wore a glistening silver earring, sunglasses and a leather jacket, he looked like a swaggering rock star. With his husky whispers of lyrical content along with an energetic performance which saw him dance and get enthused, immersed into his music it was near impossible to steal your eyes away from the stage whilst watching him perform. Beguiling, mesmerising, the epitome of cool, Ghostpoet was near stunning, with a band to offset the lyrical content sometimes with layers of dub, drum n bass and psychedelia, the music had bass so deep it entered through my feet and into my body. Ghostpoet cuts a striking figure but it’s the power of his vocals that stay with you.

After a short break, Arab Strap were on, a Scottish, indie-folk, rock band, 15 years after calling it a day they’re back in Cardiff, for the first time since reforming. Why have I never seen these before? I’d heard of them but clearly wasn’t paying attention the first time around. I instantly fell in love with the deep, scottish growling tone of Aidan Moffat’s vocals, awfulising about his chaotic lifestyle, shagging, insecurities, booze, heartbreak and humour. He has the kind of looks and confidence of a guy you should be sat chatting to in the pub. They were loud, raucous and noisy, Malcolm Middleton guided melodies with some complex finger picking, he made guitar work look very easy. Their music is deeply immersive from beginning-to-end; like a good book, it’s almost impossible to put down once you’ve started. The poetic mix of darkness, melancholy, romance, and unflinching honesty.

This is one of the best gigs I’ve been to in a very long time, they’re a real force to be reckoned with, in a league of their own. I may not have been paying attention the first time around but I am now. Arab Strap I’m so glad you’ve reformed, please, please, please, come back to Cardiff.