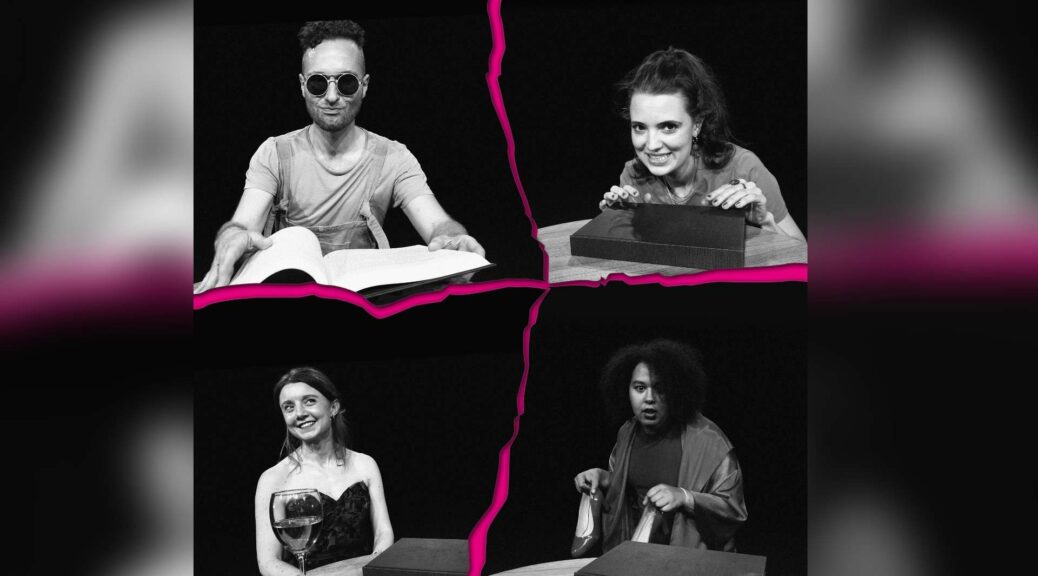 Being back at the Sherman Theatre

When I had an email through: would you like to volunteer via the Sherman 5 project, for the “Radical Reinventions” short plays, part of the Back in Play Festival at the Sherman theatre this week, I was immediately excited again.

Radical Reinventions have taken classic stories and cleverly reinvented them to tackle issues of today. Each play is set in the studio space with cabaret style seating, a warm cosy space, dressed with table lamps and dazzling chandeliers, you instantly feel relaxed upon entry.

The first of the two plays I attended was “The Love Thief”, directed by Nerida Bradley. To my surprise, this play was written and also performed by Rahim El Habachi in monologue style. Rahim excelled at the opportunity to shine as a multi-talented creative, being one to watch going forward. ‘The Love Thief’, takes the Greek mythology tale of Prometheus and remakes it that Prometheus steals love from the gods. Every time there is to be pain caused in the story via love, (or lack of), Prometheus would break into belly dance. Dressed head to toe in belly dancing attire, Prometheus would dance whole heartily to fantastic eastern music and with moves that shook the studio. With the play tackling dark social injustices, the break out in dance and music was the distraction needed before Rahim continues to indulge us in more emotion. The play left you thinking about subjects that are often overlooked but made you look at them from an inside view, which was for me, in hindsight, was the most interesting part of the play.

The second play “Tilting at Windmills”, directed and written by the extremely talented Hannah McPake and performed by Mared Jarman is inspired by the very long classic Don Quixote by Miguel De Cervantes. To the viewers delight, the play was extremely light hearted and fun in the story telling although as the story progresses the realisation of loss and barriers were to emerge, with the story telling and the personal life of the character playing the same. The smiles of the audience and audience interaction happened instantaneously on entry whereby audience members were asked to take on characters within the play. As well as audience members to take on characters in the play so did a plant, a mop head, a monkey and a narrator through the bellowing speakers of the studio, making a monologue projection interesting at every moment.

The young actress Mared Jarman was an exceptional professional who put every ounce of energy into her performance and whom I would actively follow for any future performances. With lots of people experiencing loss and having to overcome more than usual in today’s climate, I believe this play has a beautiful message to portray but in a not so heavy on the heart way which for me had a very healing effect.

Would I recommend the Back in Play Festival at Sherman Theatre to others? Absolutely! If you like myself, have found getting back into your old self before lockdown restrictions, a bit of hurdle then do not delay in booking on. The plays, lasting only 30 minutes gives the viewer a short, sharp shock of creativity which will get you motivated and wanting more.