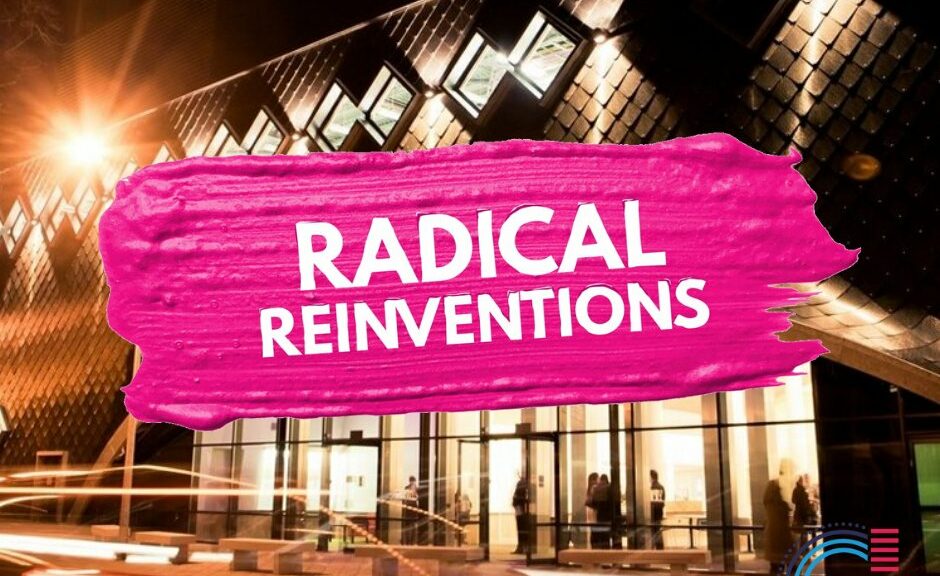 The Sherman Theatre is well and truly Back in Play! The festival, which has everything from stand up to monologues to young writers showcases (all done in short form to allow you to safely see as much or as little on offer as you like), is headlined by ‘Radical Reinventions’, four short plays which put a new spin on a classic work of literature. (Hamlet is a F&£$boi and The Messenger, which both reinvent works by Shakespeare, premiered earlier this week).

The Sherman always has a knack for getting at the sinew and bones of a story, and this series is no exception. Performed in a socially distanced and visually striking cabaret setting (imagine that the Phantom of the Opera designed a circus tent and you’re halfway there), The Love Thief and Tilting at Windmills are two joyously irreverent and transcendent plays which argue that, while love may seem futile and dreams impossible, the adventure makes them worth the risk.

The Love Thief is written and performed by Rahim El Habachi and directed by Nerida Bradley, and is based on Aeschylus’ Prometheus Bound. Dressed in flames, Prometheus steals love instead of fire and gives it to humanity so they can love whomever they love regardless of gender. El Habachi, an actor and belly dancer, commands the stage from the second he appears – sensual, ethereal and lyrical, he relays his story like the Emcee via Elvira, all mischief and mysticism. The play gives a god’s eye view of modern Britain, its imperial ghosts and their ungodly scions who make it their life’s work to make life difficult for anyone they deem to be ‘different’. It also highlights the personal toll of activism, and how important it is to fight the tide of hatred and bigotry even when it threatens to consume you.

Tilting at Windmills is written and directed by Hannah McPake and performed by Mared Jarman, and is based on Miguel de Cervantes’ The Ingenious Gentleman Don Quixote of La Mancha. Jarman is chaotic, heroic and mesmeric, gallantly sprinting around like Lancelot on a sugar rush. Using basic props and a whole lot of chutzpah (not to mention a rollicking Knights of Cydonia needle drop), Don Quixote and Sancho Plant-za attempt to squeeze a near-one-thousand-page book into a breathless (and hilariously meta-textual) thirty minutes. Cervantes makes an appearance as a Zardoz-like disembodied voice that boasts of his own greatness – opening up interesting avenues of the dialogue between authors and those adapting and performing their work, and how radically reinventing a text is what keeps it fresh, alive and relevant.

Ultimately, Prometheus has to decide whether hope is worth all the pain and the not knowing whether things will ever get better, and Quixote/Mared has to decide whether to stay in the fantasy or live in the real world. And yet, neither choice is a binary between staying or going, fantasy or reality. There will always be pain, and uncertainty – but there will always be hope, fun, and magic, hidden between the margins.

The Sherman is most definitely Back in Play and back to stay!

Back in Play season at the Sherman Theatre: 8 – 30 October