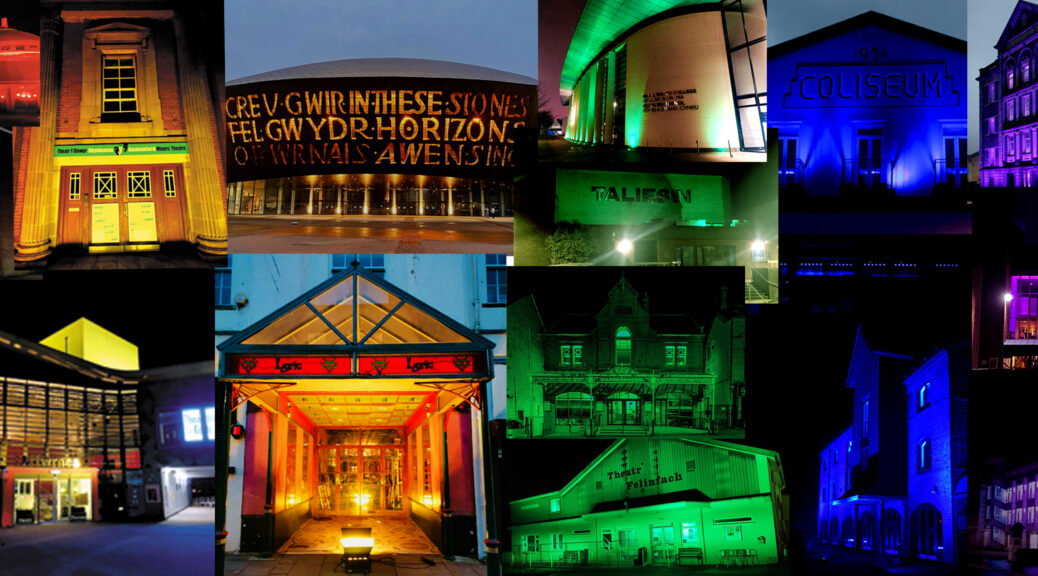 Balancing the long established financial pressures to reopen at full capacity now that Welsh Government regulations allow, brings many considerations and challenges for Welsh theatres and performing arts venues who at their heart know building audience confidence is imperative for the sector to survive.

Creu Cymru, Wales’ Performing arts sector alliance that champions and connects people, audiences and communities, is clear that the vast majority of its members, who represent virtually all of the nation’s professionally run theatres, arts centres and producing companies are facing complex commercial, programming, staffing and health and safety challenges as they prepare to fully reopen for the first time since the March 2020 nationwide, pandemic-enforced closures.

Louise Miles-Payne, Director, Creu Cymru explains “While most theatres across Wales are delighted to be preparing for their long-awaited reopening, our recent poll showed that venues of all scales unanimously reported their concerns around the competing financial pressures to reopen at full capacity as regulations allow, while many feel continuing with social distancing and therefore lower audience numbers is likely to remain the only viable route to achieving vital audience confidence. As we represent the sector in Wales, encouraging customers to make use of the free to access lateral flow tests that can be sent to your home and carried out in your own time. Knowing that you are safe before you go to a performance helps protects those around you and will keep the magic of theatre alive. We will be promoting this message through our ‘Testing, Testing 123 campaign’ launching Tues 31 August.”

However, historic commercial arrangements with promoters often means the venue is in a difficult position. Angela Gould, Programmer and Audience Development Manager, RCT Theatres said “Trying to reschedule previously cancelled shows that had sold out at full capacity is difficult as many venues may still feel a way off fully reopening their spaces. They need to honour contractual agreements while doing what they feel is best for their audiences while still making the show financially viable.”

Adapting to need for fluid planning is problematic as theatres have to continually plan for different scenarios. The marketing of performances is a particular challenge as many Creu Cymru members reported that ‘shows keep dropping out for various reasons such as ticket sales are not where they should be, there’s not enough lead time to market shows properly, a feeling we can’t market shows confidently as we can’t guarantee they’ll go ahead and are wary of losing the trust of our audiences.  Some promoters decide there is too much of a financial risk, for example will Christmas pantomimes go ahead or not.’

Managing differing public opinions is something many theatres reported. Louise Miles-Payne, Director, continued “Welsh theatres told us they anticipate some audience members will want the freedom to remove masks when seated while that may deter others from returning. Managing perceptions of both promoters and the public will be unchartered territory for many venues as some people will have an expectation that everything is resuming and working to normal, and at the same time some audience members may be shocked when performances are not going ahead and can’t understand why things get rescheduled. Therefore theatres are in a difficult position managing the different expectations and realities of all parties.”

Producing companies in some respects have greater control and flexibility over their choice of space for performances and how they can create a solution they feel best works for their performers and audiences. Paul Kaynes, Chief Executive, National Dance Company Wales said “It’s clear we need to continue to be agile in this period, so we’ve offered venues outdoor performances option. Many were building stages in their car parks and green spaces and we had an exciting programme to offer outdoor audiences, especially those new to dance. This is the stepping-stone for many audiences to access live performance again before we ask them to take the leap back indoors. We’re planning to make that leap in the autumn, mostly performing twice in an evening instead of once, to enable at least some socially distanced performances for those who are seeking them.”

The first show to welcome back a full capacity audience in Wales will be Jimmy Carr at St David’s Hall Cardiff on the 31st August. Cardiff Council’s Cabinet Member for Culture, Venues & Events, Councillor Peter Bradbury said: “We are delighted that the first live show with a full indoor capacity audience in Wales will be at St David’s Hall, and especially with such a high-profile name in Jimmy Carr. Over the last 18 months, we have missed live entertainment so much and come to realise what a crucial part it plays in our social lives