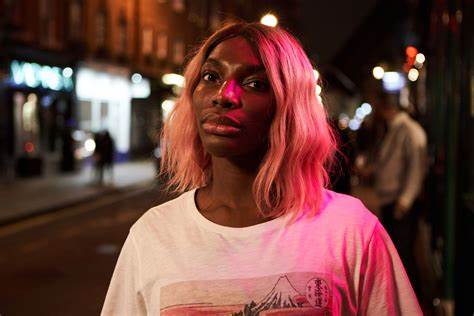 Please note this review contains analysis of the programmes plotlines.

I May Destroy You didn’t deal with murder: it dealt with Rape.  I don’t know why crime series don’t tackle more common crimes more often.  It’s as if only murder is considered sufficiently serious as dramatic material to engage our attention.  The victims of assault, fraud and dangerous driving would disagree with this assessment: crime often has life-changing consequences.  I also don’t know why ‘serious’ drama has to involve crime, anyway.  Does contemporary society lack internal tensions?

I May Destroy You scored points for me by tackling a subject important for a number of reasons, not the least of which is the fact that it is extremely rare for rapists to be convicted.  The series drew attention to the failure of the dedicated/honest, heroic/glamorous, photogenic/fascinating police force’s inability to deal with what is almost a routine occurrence.  I thought it would be more interesting than the standard foul murder- clever investigation – heroic arrest format normally served up.

I May Destroy You also drew my attention because it concentrated on young people and their lives, meaning it could deploy novel vocabulary and expressive idioms. The police were hardly relevant so there weren’t any of those terse office conversations building up the plot.  It came in half hour episodes, too, which meant it moved forwards quickly.  (Nearly all TV programmes fill a sixty-minute slot to suit the scheduling.  Nearly all could do with editing.)

Nonetheless, I found it disappointing and I lost interest half-way through.  The acting and camera work were good but I found the conversations limited, as if there was no point in our spending more time with the characters or in getting closer to their predicaments.

I think the problem was the subject matter proved too difficult for television in the end.  The combination of PTSD and writer’s block resulting from a date rape was never going to be easy to present.  Writers are not exciting dramatis personae and writers who can’t write are not interesting people to watch.  And, fatally, we were distracted from considering the initial issue by two further rapes – both variations on the situation of the removal or non-use of a condom.  I say ‘fatally’ because, as with the standard crime series where further killings are added to maintain momentum, more proves to be less.  By the time three people have been killed, the viewer has begun to lose interest in the first victim and a key element in the story – the motive of the killer and the circumstances that have driven him or her to kill – has been sacrificed to the simpler mysteries of who the killer might be and how they’ll be caught.

Thus, in I May Destroy You, the main character’s trauma was pushed aside when she is raped a second time – by a man removing a condom during sex.  We witness this rape as well as the homosexual rape of one of her friends and the graphic images displace the vague memories of what happened to her when she was drugged that she is trying to access.

There is a reason for this, of course.  The series aims at exploring the ramifications of rape – its impact on victims, augmented by the inability of the police to deal with a serious crime.  It has been plotted so as not present the traditional, stereotypical view of rape, i.e. the violent assault, and it deserves recognition for this.  Unfortunately, as each of the three rapes is distinct – involving the absence of consent but also representing different aspects of the problem – they don’t complement one another.  It would have been better to have concentrated on a single incident, which is what I thought would happen, in order to allow the audience to consider the meaning of consent and the psychological consequences of intimate violence.

You could say that by illustrating rape so graphically and insistently, the series drew attention to a wide-spread problem, but I think we are mainly moved by the sight of one interesting and unforgettable individual’s experience or suffering and we start to step back once we suspect there is nothing unique about it.

In making these remarks, I’m conscious that I’m resorting to literary theory and I do enjoy novels more than the television.  It’s not wholly correct to compare a TV series with a novel and to expect the same kind of imaginative experience from both.  Equally, I May Destroy You is not a play, in which a dramatic situation can be explored and worked out in a single intense performance.  But some of the criteria applies across the board.  A long time ago, the BBC televised The Forsyte Saga.  Galsworthy’s Forsyte novels are not widely read any more – who has time for a saga, even one written by a Nobel prize winner? – but Galsworthy was ahead of his time in tackling marital rape.  By describing a single incident at the time of publication to his readers and then through the BBC series, I think his story highlighted the issue more memorably than if he had shown a multiplicity of cases and marital rape would have been as common when he was writing as it is today.  As a consequence of his concentration on the one event, Soames, the perpetrator of the rape, is criminalised and revealed for what he is and what he represents; Irene, his wife and his victim, monopolises our sympathy.  Both characters are memorable and, dare I say it, this suggests a more oblique, less elaborate treatment of rape may be more effective in terms of engaging an audience.

I’m disagreeing here with The Guardian’s write up on I May Destroy You which was an ‘unadulterated paean of praise’, the series apparently being ‘an extraordinary, breathtaking achievement without a false note in it’ and ‘the drama of the year so far’.

I enjoyed reading that review but it wasn’t critical.  It expressed the reviewer’s obvious personal enjoyment but one of the principles of criticism is – still – offering constructive feedback.  I think Michaela Coel, the writer and star of I May Destroy You is someone with both potential and ambition.  She wants to tackle big subjects in unusual ways but she’s more likely to make progress in the future if she remembers the traditional basics of story telling.  For my taste, I May Destroy You went too far in some directions and not far enough in others.