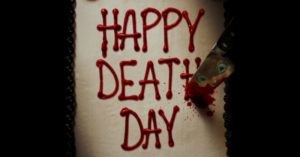 Happy Death Day is a black comedy with pieces of a genuine horror mixed in, essentially Groundhog Day meets Halloween. From that you can already guess the main problem with the movie, it lacks a distinct personality. It is quite good at times and blunt at others but the overall product has a tonal problem that leaves you coming out of it not sure with what you just saw.

It opens with a girl named Theresa waking up in a college dorm room, she is hungover and can barely remember the night before, she goes about her day and things happen that establish that shes popular but not very nice. It is also her birthday, which she doesn’t want people to know or acknowledge herself. She heads out for the night, while on her way a figure appears and stabs her to death. She then wakes at the start of the day and must relive the day of her murder over and over again.
Jessica Rothe plays Theresa. She fulfills everything that the script requires her to do well. She screams very high and loudly, she comes off like a spoiled rich kid, there are other moments that call for her to be funny etc. She does a solid job in the movie.
The killer is dressed entirely in black with a cartoon baby face mask. A good design that is both distinctive and easily recognisable. It may become iconic and then again it might not, but credit goes to creating an easily registrable visual. 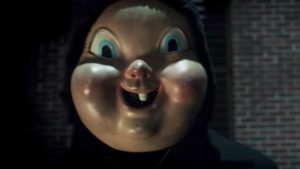 With any kind of teen movie as well and having a plot where repetition is a main theme naturally there is a montage sequence. It is stuff like this that clashes with the overall movie. Are we meant to always be laughing or genuinely feel frightened for out main character? At the start we do, then it becomes a case of “ow dang it!” then near the climax we’re meant to feel for her again.
This is a spoiler free review but I will say that the two main questions I had while watching the movie were (obviously) how is all of this happening? And how does the killer seem to always magically track her down? We get answers to none of these.
The concept is fine and the execution is good at times as well. However it’s stereotypical portrayal of teens and suffering from either not knowing what it wants to be or wanting to be too many things it becomes pieces of a solid work rather than a whole. If there are no better offers at the cinema then it isn’t a waste, but is also only worth one watch. 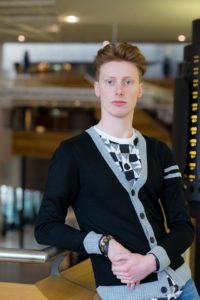