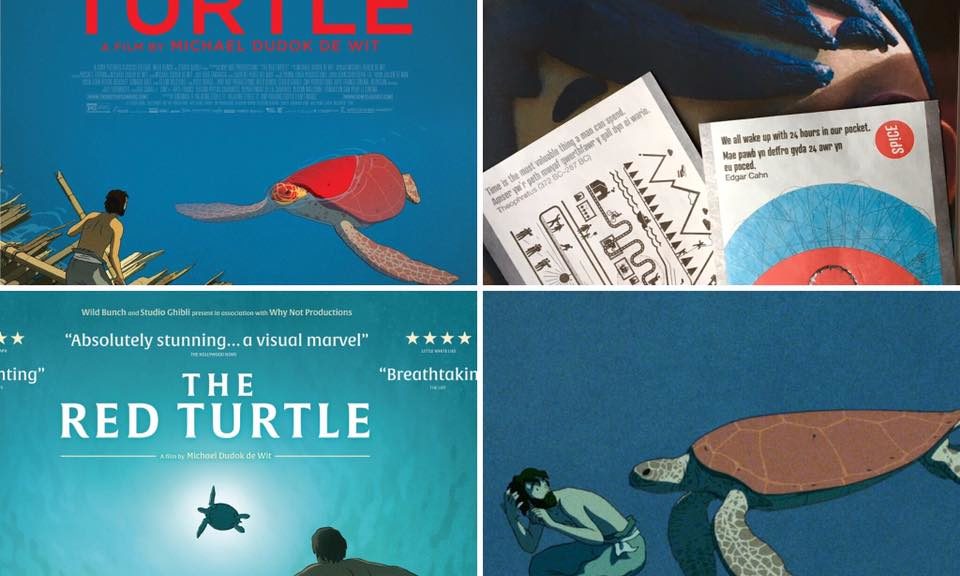 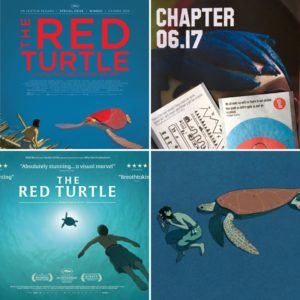 Young Critic Jonathan Evans used Spice Time Credits to access this performance at Chapter cinema. He earned the Time Credits reviewing for Get the Chance.

“What is a man? If his chief good and market of his time
Be but to sleep and feed? A beast, no more.”

(4 / 5)
The Red Turtle is the kind of movie that doesn’t get made often. A movie that exists, sure of what it is and never attempts to explain itself.

I couldn’t even tell you what the “target demographic” for the movie is. It’s an animated movie, typically for children, but there’s nothing cute or funny happening, nothing scary or brutal either so not specifically for adults. Could this just be a movie for people?

The plot for this movie is so minimal. Man wakes on a shore and finds that he is stranded on an island. What does he do then? Survive and try to get back to civilisation. He tries building a raft but it keeps getting destroyed by a large red turtle (hence the title). This leads to other things and eventually he is joined by a woman and then a son comes along.

This movie exists without any spoken words of dialogue, only movements and images. The lead gives off the occasional huff and puff and a scream here and there, but no full words. This means that the visuals have to ring with absolute clarity, whatever the Man is doing or where he is has to be immediately obvious. Without the dialogue it must fall on the sound and music to keep us engaged on the audio level. Every swish of the waves, footsteps on sand or rock is perfectly clear and adjusted to the right level. Laurent Perez Del Mar delivers an emotional and at other times ethereal score that infuses itself so well with the images onscreen that the two harmonise in the most beautiful way.

The drawing style, particularly with the people, is more European. Like the works of Herge, thick, clear lines with black dots for eyes and vivid colours. The animation is constantly smooth and on-model. It is the backgrounds that have sharpest rendering to them, we are able to see every leaf on the trees and plants that grow on the ground as well as seeing way into the background.

This movie, I admit, a challenge to write for. It is so simple, to experience the product is the most thrilling part but to deeply describe it is indeed the challenge. It simply operates at such a minimal, smooth passe.

Who is this movie for? What was it’s purpose? Well it was beautiful and technically very impressive. But who exactly do I think the marked for it is and how to promote it? But maybe we don’t always need that from this medium that can deliver us so much. Maybe sometimes we are allowed to sit back and see and hear a journey and simply be moved by it.

One thought on “Review The Red Turtle by Jonathan Evans”