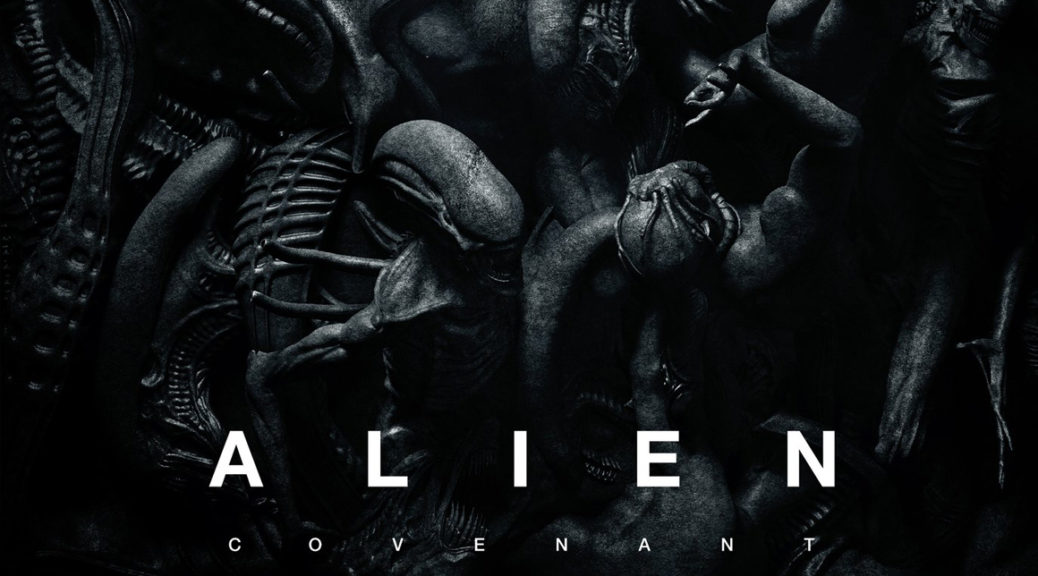 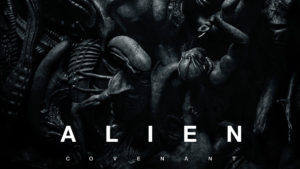 Alien was always about the something in the dark that jumps out at you. But it masterfully crafted the art of anticipation and the jumping, as well as what it is that jumps out. Ridley Scott returned to his this world with Prometheus, which was more about the origins of us as a species rather than Alien itself. Now with this one it will definitely satisfy the people wanting the big bad creature back.

This has a lot more in-common with the other Alien movies, mostly because it’s definitely seeking to startle you in you seats. But it also comes with a few existential questions. So I guess this is a hybrid of what Scott created years ago and the questions that he wants to ask now.

The plot revolves around the spaceship Covenant, that is traveling through space to colonise another planet, a freak storm hits it and it takes a beating, the crew members wake-up but a few die. They then learn that there’s a planet nearby that could serve nicely as planet for them to settle down on. A search party lands and they find that there are things waiting for them when they arrive. 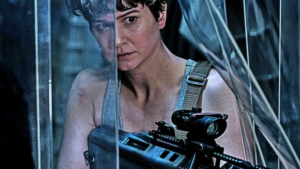 For the role of leading lady we have Katherine Waterson as Daniels. She does something a little different than other leading characters in an action horror. She fully displays her emotions, I don’t mean that there aren’t other examples of main characters in these types of movies having feelings, but they were more stern and gave hints of their vulnerabilities. Waterson is dealt disturbing information and one of the greatest terrors of the movies and it shows, you can see all the confusion and terror on her face but she also endures and deals with the situation knowing that she has a strong core to her. Not many people embrace so heavily showing their action stars in such a state, I applaud them for it and hope to see more. 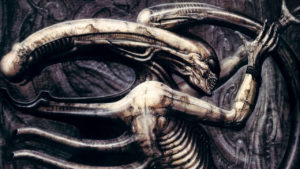 The Xenomorph, based on the H. R. Giger illustrations, is one of the greatest creatures ever created. It’s shape and shiny black colour makes it instantly recognisable while having intricate details close-up that makes every inch of it fascinating to take in. Whether it’s melting into the darkness, camouflaged within machinery or fully lit it is terrifying because of it’s ferocious nature and in-human body. Unlike in Prometheus, there is no ambiguity, it’s here, we see it and the characters must deal with it. It seems like it’s one-hundred-percent computer generated this time but Scott and his effects team don’t go overboard with it. They still shoot it’s scenes like they would have back then, with build-up, followed but quick shots of a slash or a burst of blood. It’s able to move faster than anyone in the suit was and they utilise that so that the threat is in it’s deadliness.

There are some images within the movie that are inspiring and thought provoking. Others that are overblown and so far beyond practical that they’ll just drawn too much attention from what happening, others where it is gruesomely terrifying.

This is Ridley Scott returning to his roots. Alien, though as masterfully made as it was, was only Scott’s second movie, since then he has gotten a lot more experienced. This shows a man who’s has years to perfect his craft and think about the subject matter to deliver a very mixed bag but comes together as a strong whole.

Whoever said that what the human mind will think of will always be more scary. That person had never seen a Xenomorph in action.