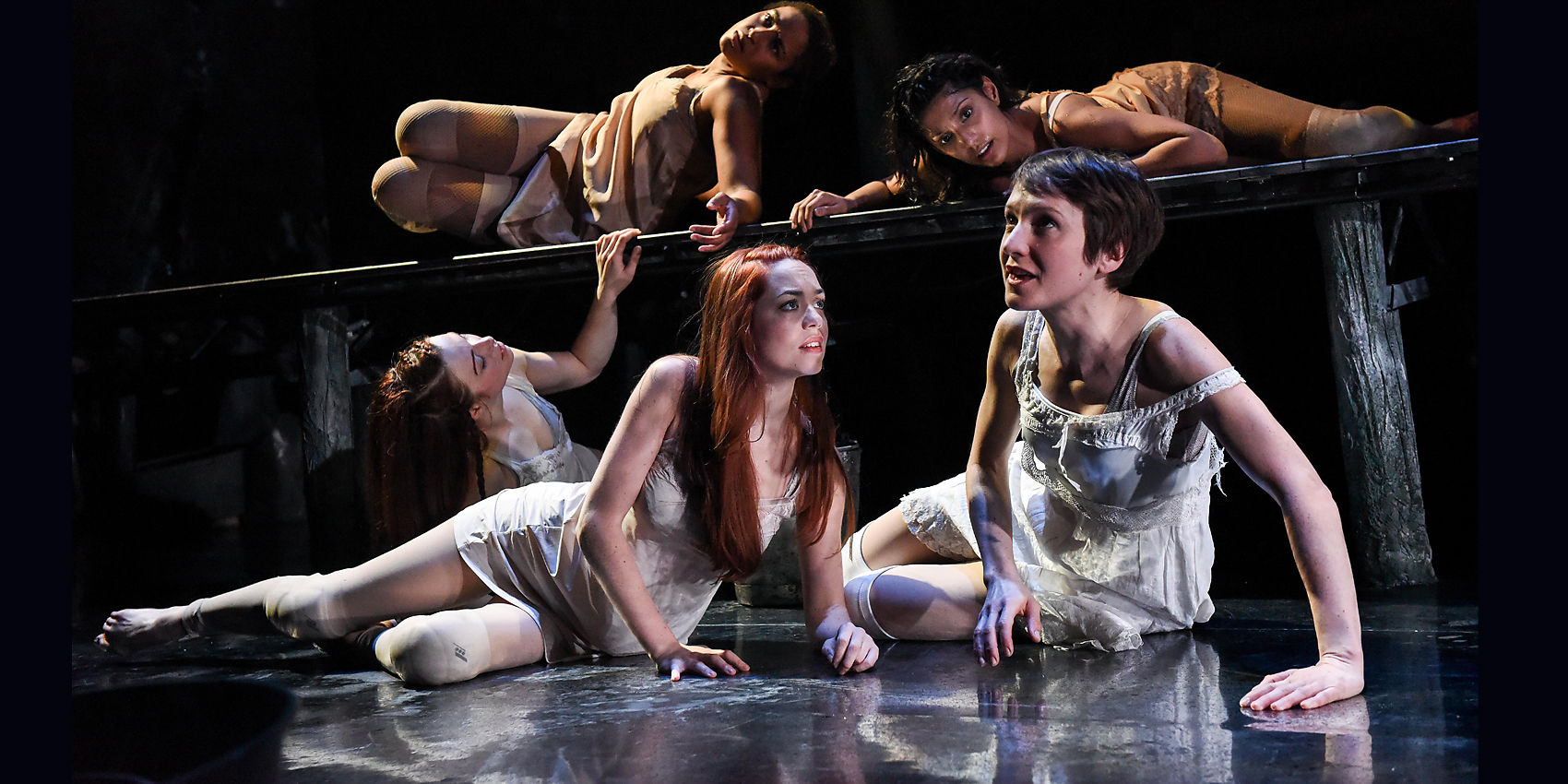 Writer and director Polly Teale’s Mermaid dives into the realm of feminist fairytales, embellishing the script with metaphors about finding a voice or a sense of self and struggling to break away from the the media’s artificial construct of beauty.  In a cross between the Angela Carter esque allusions to blood stained sheets and the mutilation of Lavinia in Shakespeare’s Titus Andronicus, the Little Mermaid’s rite of passage into a woman is a far cry from Hans Christian Anderson’s childhood classic.

Beneath the ocean waves, life is not tarnished by the modern world’s inflictions and agendas. It is simple and carefree but the human world is too excessive in drumming its disillusioning message into us with the Prince whose post traumatic stress mirrors drowning, a cyber bullying attack and a media exposed bulimia case.  The little mermaid’s transition into a woman is witnessed by both the audience and a chorus of young girls didactically onlooking and partaking from the side of the stage, joining in the siren’s song.

Beautifully choreographed by Liz Ranken, the mermaids fluid movements are mesmerising. They do not need the shimmering tail to glide over the waves. The Little Mermaid’s (Sarah Twomey) movement is exquisite and her counterpart Blue (Natalie Gavin) balances this well with a heartfelt spoken performance. The calculated three-headed sea witch (Ritu Arya, Miranda Mac Letten and Amaka Okafor) is grossly captivating and the cast all really embrace this unusual merging of both physical and text-based theatre.

The symbiotic relationship between Blue and the Little Mermaid, Anderson’s tale and a contemporary growing up narrative feels somewhat hazy. I found that the production drowned out the script and because of this the complexity of what the script is trying to do is drowned out but this new material’s originality and ambition shows huge potential. A brave and inspired retelling.