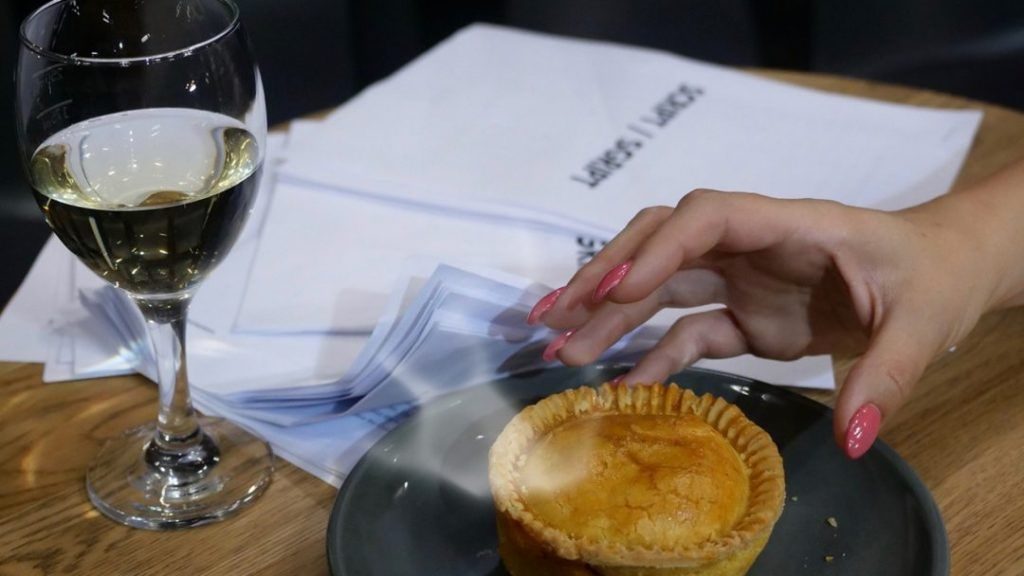 Shed Man by Kevin Jones is a view into the head of a man who lives the most mundane of lives. He has a job, a wife, two kids and is building himself a shed. Sometimes, we all just need to build a shed and hide.

The script truly is a beautiful thing. The attention to detail is exceptional and the small nuances of the script are what makes it so powerful. There are funny moments, but a darker undertone – which is really becoming a defining feature of Kevin Jones’ writing and is extremely effective.

The script is the outstanding aspect of this production and it is an interesting view into the mind of a man who, on the outside, is extremely mundane.

The design team for this production is solid. Josh Bowles’ sound design is becoming a regular these last couple of years on the Cardiff scene and I’m all for it. Here, the use of music for transition works well and the rest of the sound portrays scene and emotion to good effect. The sound is nothing incredible, but it is not supposed to be.

Cory Shipp’s set is exactly what you’d expect and sets up this mundane world. A garden with a white fence, a shed and a few bits that get played with. It’s straightforward and again adds to that sense of mundane life. The lighting from Louise Swindell changes subtly, and again, is simple, yet effective. It compliments the nature of the script well, but again, is nothing groundbreaking.

Perhaps more could have been done on the design front, but then the whole production, lead by Siobhán Lynn Brennan, is directed in a very plain and realistic way. There is nothing overtly wrong with this, however it could do with something different. This is a script that could be interpreted in many ways, and because of that there is no clear answer to how this could change for the better.

As far as the acting goes, again, it does the job, there is nothing wrong with it and makes for an enjoyable performance. However, there is a clear choice from Brennan to keep this realistic, when the characters aren’t exactly realistic.

Brian (Benedict Hurley) is a man who, besides the first and last scene, is going through an anxious episode. Mother Pat (Siw Hughes) and boss Mr. Tatum (Joe Burke) are caricatures of real people existing in Brian’s head. Wife Emma (Chrissie Neale), whilst never appearing in Brian’s head on stage, is portrayed simply as a “nice wife” with no real depth. This all works in the hour of script. However, in its transition to stage something has been lost.

Pat and Mr. Tatum are fairly plain characters, showing no depth, little character motivation and little logic. But that is the point, because that is how anxiety works. Pat might be an overly clingy mother after the death of her husband, and Mr. Tatum may be an annoying boss who sends his employees on pointless tasks in real life. But in this hour of theatre, they are caricatures – and that is how it should be.

Benedict Hurley is the only actor really challenged by character depth and he handles it fairly well. However, there are moments that could have been driven home more. And more subtleties from the script that are there in words, but not action.

Generally, the character interaction, movement on stage and minor physical details could be worked on. There are moments that felt awkward. There seems a lack of physical characterisation which could really enhance this piece. However, if the director wants us to think everything happening on stage is real, until we find out it’s not, then Brennan succeeds.

It’s hard to say exactly what Shed Man ‘needs’ to step up a level. This script truly could be interpreted in many ways. Brennan is an exceptional director and the actors are great too. But something just isn’t clicking here.

The running time of sixty-minutes is fine. But perhaps a slightly shorter time that gets the point across and allows more space for the characterisation of Brian, the protagonist, and gives less time for the lack of characterisation of other characters to become exposed, would be more effective.

That said, this is still an enjoyable piece of theatre and the script alone makes it worth seeing. It is the type of production that some will like and some won’t. I fall somewhere in the middle. The mundanity is beautiful, and something that I believe is more dramatic than typically dramatic situations, if it is handled in the right way.

On another note, it is really heartening to see a company like Clock Tower performing in the Sherman. A beautiful company committed to new writing, who have produced some truly excellent work, deserve all the best. A fitting first company to be part of the Sherman’s new ‘Get it while it’s Hot’ programme.

Shed Man is a thoroughly enjoyable watch, brilliant script, not without its issues as a production.

Shed Man is an important play for 21st century Britain. The issue of mundanity is the biggest unspoken struggle. It is a “first world problem”, but any issue in any human’s head deserves to be spoken about. And nobody should have to build a shed to hide from the world.