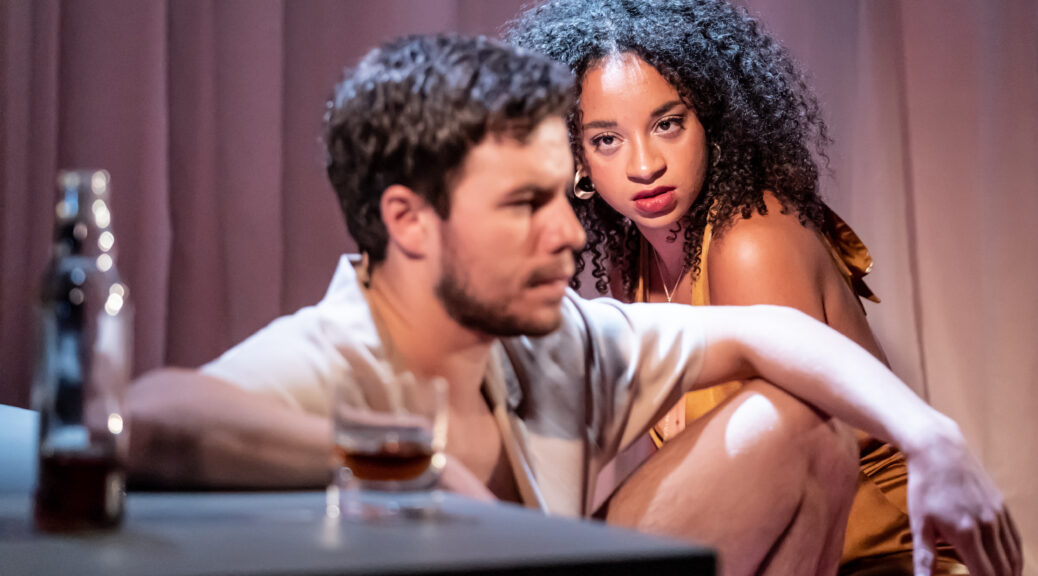 What is it like to be living a lie and then to be confronted by the truth?  This is the theme that runs through Cat on a Hot Tin Roof.  We know this is a classic text so it is hard for a new production to live up to that legacy.  The spectre of Paul Newman and Elizabeth Taylor from the film adaptation looms large in the memory and that medium can introduce more phase and change into the setting than is possible on the stage.

This is a difficult play to get right.  It’s reputation demands vital theatre, yet the script is carried by dialogue much more than action such that it is the communication of character that will hold the attention.  Does this production succeed?  Indeed it does.  The three strongest characters, Maggie, played by Siena Kelly, Brick, by Oliver Johnstone and Big Daddy, by Peter Forbes were superb and were ably supported by the cast.  Maggie in particular was beguiling, passionate and determined while Brick suitably downtrodden before being awoken by confrontation from his stupor.  Big Daddy was the epitome of a controlling, self-made man from the Deep South with all the patriarchal values you would expect.

The action takes place in a bedroom in a household that is straining to cope with the tensions that lie within.  Key to this is how people respond to the fact that Big Daddy is dying and what will become of his legacy.  Of course there are machinations behind the scenes, but the problem is the alcoholism demonstrated by the favoured son, Brick.  Why does he drink?  It is clear he is a spoiled, indulged child who has had his sports career wrecked through injury and suffered the loss of a profound childhood friend through suicide.  Now he is now running from himself out of a sense of disgust but senses that a tissue of lies pervades all his relationships.  Something has to change. The play becomes an exercise in how to uncover truth after a whole panoply of lies has been built.  The question arises, just how much truth can we take without it breaking the family apart?

The set was simple and effective.  I found the curtain a distraction while it was drawn, but it was used to excellent effect when Brick was wrapped in it to symbolize being suffocated by the expectations of people around him.  The movement of the cast in and out of scene while dialogue was taking place alluded to the fact that ‘walls have ears’, again, nicely done.

The cast did an excellent job of portraying a suffocating, stifling atmosphere.  All that was missing were a few crickets, mosquitos and the oppressive heat from the Deep South.  The play gripped the attention and held the audience in thrall.  The characters were well developed, complex personas who all had their flaws and thus mirrored the human condition.  No easy answers were given here, people had to make the best from what they had. This may sound uncomfortable, rather it made for riveting theatre.  This was an intense, yet thoroughly enjoyable evening.