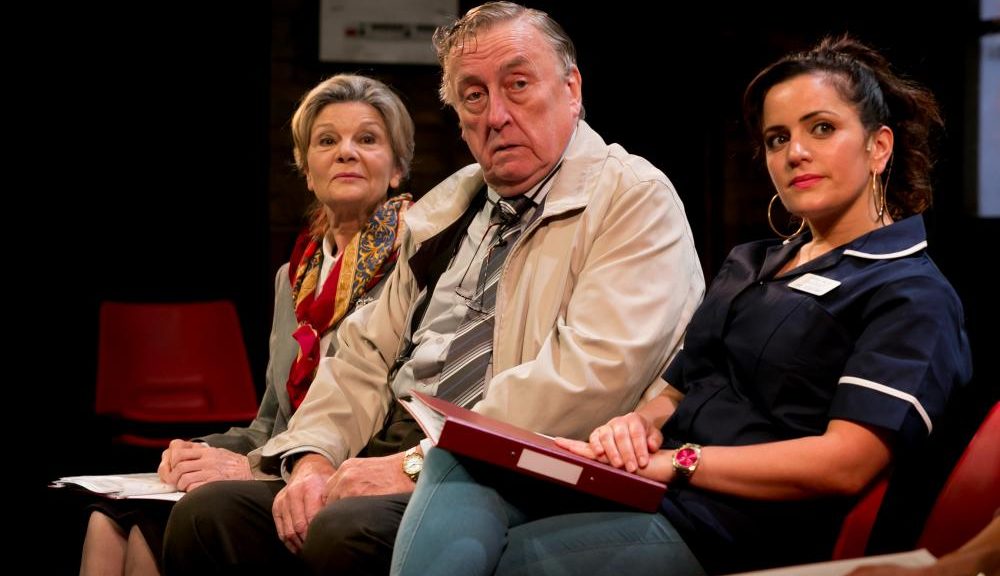 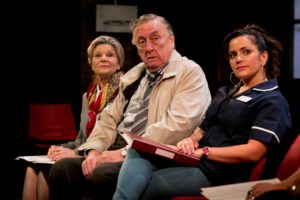 National Theatre Wales soar as their revere for a nation of unified pride reigns in a more increasingly inclusive Welsh theatre, at the Sherman Theatre.

From first glance Before I Leave is a story of Alzheimer’s – inevitably sad and scattered with a respectably predictable style of humour. However, with a wonderfully assured cast, a truthful direction, and a truly vibrant script, a brewing passion of a profound Welsh musicality triumphs! Rocky’s war-cry of ‘Why can’t we give love one more chance?’ encompasses this performance for me. We all can appreciate the desperate actions of a character put ‘Under Pressure’.

To quote playwright Patrick Jones “This play is a testament to the healing power of song” From the perspective of, debatably, the youngest person in the audience on Tuesday night, regardless of my cultural experience – and knowledge of The Jam or Neil Diamond – I (like the entire audience) can acknowledge that music has an ability, if somewhat exploited in this piece, to evoke our human longing for nostalgia, understanding, belonging and escape. The Before I Leave chorus and choir added a beauty, in its sentiment, to a pop-rock enthused performance.

Director Mathew Dunster champions empathetic and honest portrayals, through an admiration for ‘the people’. From Desmond Barrit’s unapologetic portrayal of an ex-policeman embodying a life of continuous conflict. Celia Hewitt’s sorrowful, and enlightening, Isabelle, and Dafydd Hywel’s exulted grit in Rocky – who illuminates the truth behind a too well-known Welsh figure. But, Martin Marquez’s Joe – a slowly fading rocker, unsure of what he’s raging at anymore – makes for a seemingly effortless and encompassing performance, and perhaps, as a result, the most under-rated of the evening.

Dunster’s direction – of meandering crossovers and the adopting of minimalistic solutions – highlights a simplicity that poignantly reflects a nation of loss. This constant interchanging of time, characters and setting reinforces the spirit of a community continuing to live. And, the audience, intended or not, are coaxed to ‘power through’ the surges, and droughts, of a zealous intensity.

Jones’ sincere, and deeply-rooted play is confirmed in the understanding of its disease. Abrupt, and ambling, scenes are a mere portal into the scattered objectives of a chaotic (real) life.

Anna Fleischle recreates all too familiar settings. Chairs striking – in their primary colours – plonked, to animate waning lives, on the uninspiring mesh of carpet. Seamlessly, a reflection of the struggle to express vividity in an increasingly taxed and drained Welsh society, as well as those plagued by Alzheimer’s, can be discovered in a tragically governmental building – a Merthyr library. Straker’s poignant projections of our green valley, its ever-present brutality, and our glorious dead, succeed in capturing the tensions of an ‘evolving’ Wales.

Before I Leave is painstakingly perceptive – yet the light never fails to pierce through its shadows. National Theatre Wales commanded the audience to their feet and left them humming.