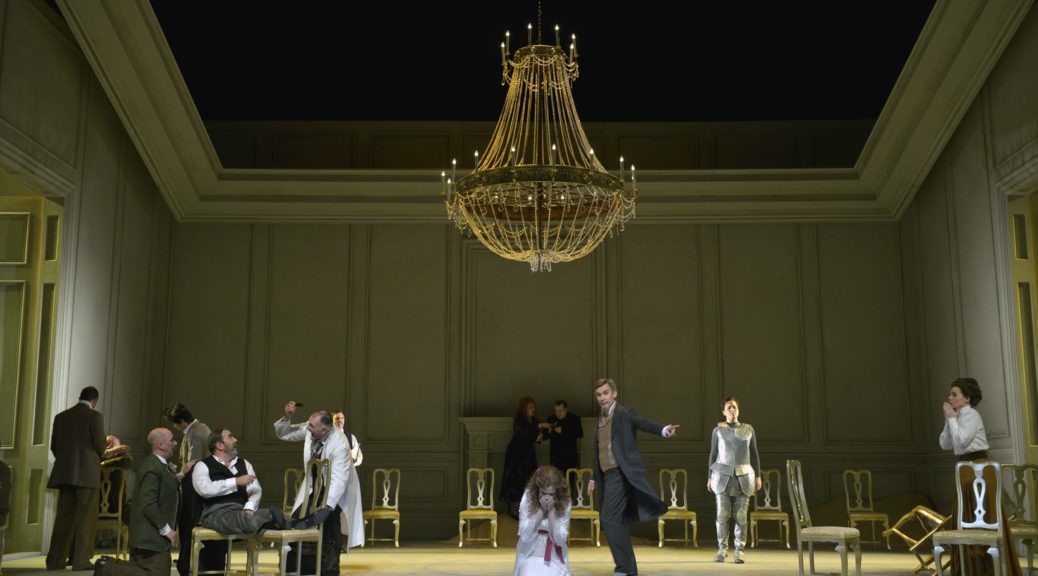 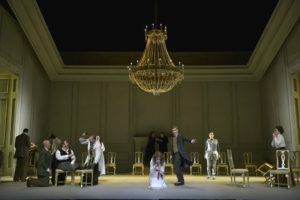 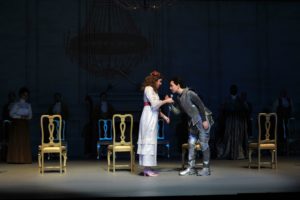 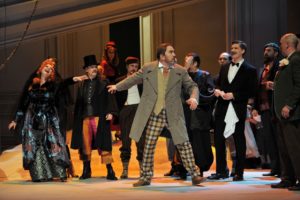 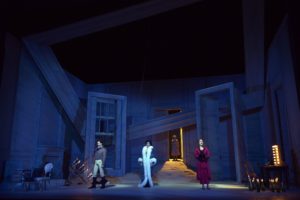 Strauss’s wonderful music, bound together with its string of memorable waltz melodies, is a given, but in the hands of WNO’s new young conductor Tomáš Hanus takes on new dimensions, underlying the comedy and recognising the poignancy beneath. A small caveat – there is a sight hesitation, no more than a breath, in Act II when the tempo drops, otherwise this would have been five star. All in all – a masterpiece culminating in the superb singing of the trio as the opera draws to a close. Director Olivia Fuchs and designer Niki Turner are to be congratulated. Turner has resisted the temptation to go overboard, and instead opts for a single glittering chandelier that reflects the opulence of 1911 Vienna against elegant pale grey walls. An added pointer to the theme of the opera are the sands of time running out from above onto the stage, much appreciated by the audience but a nightmare for the stage hands.