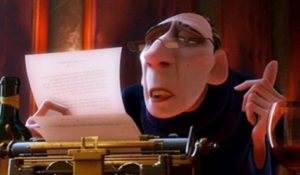 Theatre is not about how much you know, who you know or what else you’ve seen. Your reaction to theatre as an art form, as entertainment is deeply personal and unique. For many of us…you know, the other 55m of us who live outside London; the closest we get to watching theatre is on an annual trip to the Christmas Panto (ah, those precious memories of Park and Dare in Treorchy are still alive and well!).

Danielle Tarento thinks that anyone without ‘an intellectual or historical background’ shouldn’t have the honour of reviewing theatre. This is a shockingly elitist and classist viewpoint. If marginalised and under-represented groups and communities didn’t feel excluded and ‘un-entitled’ enough to enjoy theatre and possibly feel inspired to write about it before, Tarento takes us back to the ‘good old days’. Those days when theatre could only be written about by a privileged, privately educated few…and you’d have to buy the broadsheets of course (old chap) to read about it.

Are full-time critics even relevant any more? Surely critics are facing the same fate of the old journo hack typing away at ‘his’ typewriter. A dying breed in the traditional sense. As I’m sure many journalism graduates will attest to – ‘journalists’ are two-a-penny now and anyone with something to say can publish, blog, become an interest sensation or develop an on-line following. Does this represent a threat to the written word, the demise of polished prose or the end of intellectual debate? Far from it. Journalism and the meteoric rise and reach of social media platforms has resulted in the diversification and democratisation of knowledge. It has opened up opportunities to engage with others, to share and to debate, even to participate in art, theatre and film remotely. It has become a lifeline for the isolated and the hard-to-reach, those who lack the funds to catch a cab to the West End on a Saturday night and get paid (handsomely) to do so. ‘Un-cultured amateurs’ will happily spend their last £12 on a cheap seat at a show and beg a family member to drive them 35 miles to get there. They’ll scrimp and save for those chances to just be in the audience and share in the magic. What is there to be gained in creating divisions and driving wedges between audiences and full-time critics, anyway? We are all part of the conversation and we all have something equal to say – and that is to be celebrated. 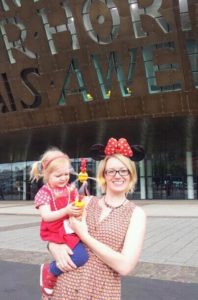 Tarento may be right that ‘two-a-penny’ community/amateur critics don’t have the full knowledge of the art-form, but it is precisely this reason that makes these reviews worth reading. Amateur critics are not out to impress people with their fantastic knowledge or their rich CV of experience, they are responding to theatre in a pure, untainted way. They are only what they feel. Theatre directors and practitioners take their cues from audience response as well as critics…and some take no cues from critics at all. Amateur critics represent the audience, while critics represent…well, something else entirely! They are paid to watch theatre and produce an entertaining article they should be out of their nit-picking. London-based theatre critics are viewing theatre from a narrow prism of opportunity and life chances. Most of us out here in the real word are the true theatre champions, the enthusiasts, the geeks, the am-dram community. We love theatre because of what it brings us on a personal level – warmth, inclusion, memories, escapism, a deeply moving experience that we want to re-live over and over again because we love it, not because we are paid to write about it. The days of the tweed-wearing, pipe-smoking, hoity-toity critics peering over their horn-rimmed spectacles are over…and they know it. As for you, Tarento I’ll see you not in court….but in the theatre (darling!).

All of the contributors for Get the Chance are volunteers. They attend activity and review in their own free time. They are all part of the Spice Time Credit network and receive one Time Credit for every hour of volunteering.