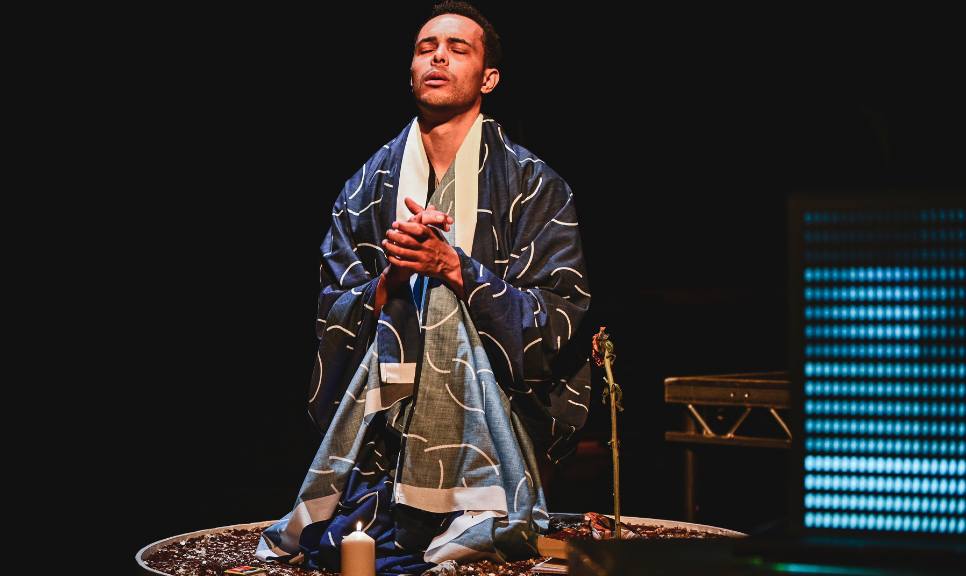 From it’s humble start, Opera’r Ddraig have risen upward to stage familiar classics in spaces around Cardiff and on tour. Though with Bhekizizwe comes a much more diverse and contemporary scope for the company.

Dr Robert Fokkens from South Africa, now based at Cardiff Uni has composed the score and the libretto is penned by Mkhululi Mabija. We follow a young South African man Bhekizizwe Shange on his way to further education in both Pretoria and then London. With family, life and love interests adding to the story, he must find his way in the white mans world, proving himself as good as any of them. A partner of his in London would deliver a baby, much to the distain of the family of the girl, realising the child would be mixed race.

The near eccentric nature of the music, is usual Fokkens territory, his recent piano premier at the Vale of Glamorgan Festival also proof of this. There was dischord, there was harmony, though most alive in the piercing moments of drama in the second half of the evening, dance club music and a pounding drum solo from Michael Hearty. I’ve yet to see a bow scrapped across a cymbal more times then here as well. I questioned how approachable the music would be, some in the audience declared this was their first opera. I dare say, it worked well and the interval was an added rest for all players involved. Fokkens also conducted every soberly, keeping the ensemble in a fine symmetry.

The story itself is quite bare, our lead boy seems to just knock about the places he is meant to go, perhaps the fact this is a monodrama with no other voices proves the static. With the upmost pride, the evening mostly belongs to baritone Themba Mvula. In the many dress-up moments for his teachers, family and maybe in-laws, he embodies them with swagger and humour. Mvula’s  voice is perfect in any register and he often excelled in soaring moments, even if the rowdy band might have drowned him out at times. There are some very touching moments and the bits of wit are well needed, the lists of things not to do in England was a highlight, dressing up with the buttoned up, dicky bow torso mannequin of his professor. He made the story more interesting then on face value and I was really quite taken with him. One to watch!

At it’s heart the piece was about home, race and love. The quest for all these things in a world of hate and judgment.