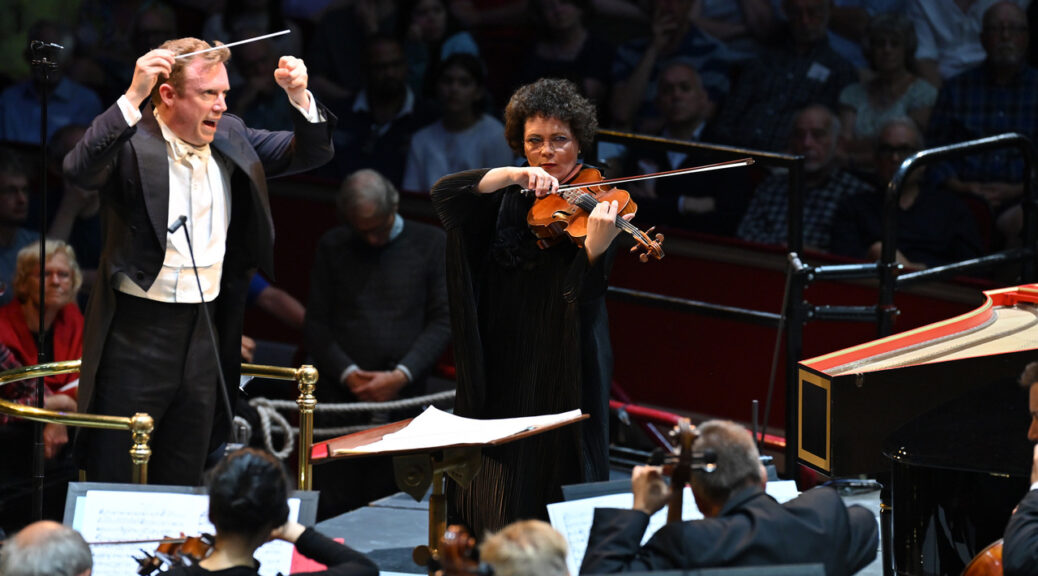 A second wind from the Berlin Phil after the rowdy Mahler 7, would proved mixed. The Violin concert from Alfred Schnittke proved a rare discovery and a really strange piece with a lot going for it. Soloist Tabea Zimmermann proved a jaw-dropping display in pretty harsh passages along more fund bits. Some of her cadenza might not have been as stimulating as the rest, though the orchestra alas proved quite brilliant in the whole endeavour. Razor sharp pastiche mingles with serious experimentation in all its brow raising brilliance. The touch of a harp, piano, celeste and harpsichord could only be Schnittke, in this most memorable of violin concertos. Should do a good job in haunting me over the next few days.

Daniel Harding replaced Kirill Petrenko from the night prior, therefore replacing the Shostakovich 10th Symphony with Bruckner’s 4th Symphony. Whilst I’ll admit the performance was a grand affair, the definition of professional…I have to say this was one of the dullest symphonies I’ve ever heard. Bruckner seems to loiter is past German romanticism that leaves little room for new horizons nor any real depth to the style. A lot of this just felt like a load of frivolity with no real sense of it’s influences. I still can’t make out if it’s “German sounding’ either. The finale almost won me over with broad, bold outburst where things started to take off, quieter moments having some genuine appeal. Though I’ve heard the Shostakovich originally planned many times, I dare say I would have much gathered heard that again.