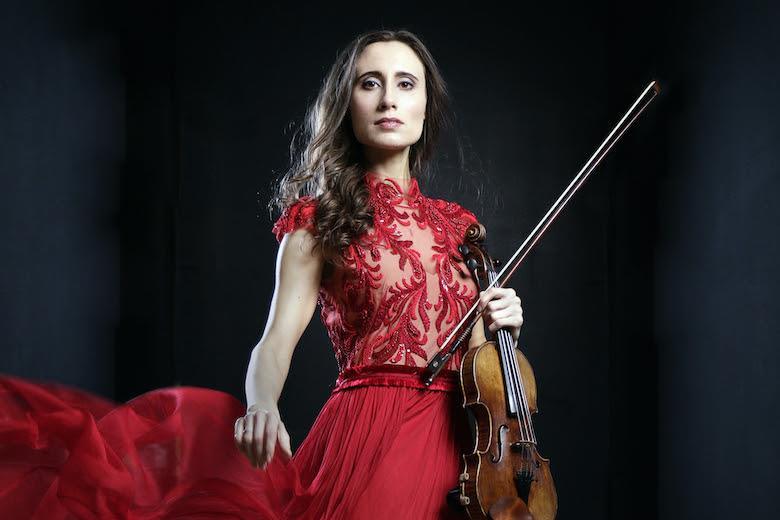 Every summer, we would mostly be graced by our very own Youth Orchestra on tour. Wales should be proud that we in fact have the oldest youth orchestra in the worlds having been founded back in 1945. Conductor Kwamé Ryan from Trinidad and Tobago, leads all with a spirited energy and his commitment to the future of music lives in moments like these. Though quite formal in his maestro, he wrings out of these students a fine musicality.

Argentum by Dani Howard held up as a good choice of a concert opener. Quite happy and had the feel of a giddy, John Adams sort of mood. Her take on celebrations would mark the work with a dedication for the marriage of some close friends. She speaks of pride and happiness in a union of this manner and you could hear this at the Last Night of the Proms, such is its appeal.

In the Violin Concerto of Korngold, Jennifer Pike shone, the gleam of a Hollywood veneer never far away. The composer had the privilege to be able to recycle film scores he had already written after fleeing Austria and making it to California. Pike soaks up the loving atmosphere of the three movements, the finale clearly from Robin Hood as it rolls along with a rompy air. Pike made the piece appear as child’s play, though I’m sure it has it’s technical moments of bravado. We don’t tend to hear enough Korngold, the delight of an encore was another work: the finale of his score to Captain Blood with Errol Flynn, a pirate party if ever there was one.

Whilst Russian music might not be a frequent hitter at this present time, the Youth Orchestra gave a decent take of Rimsky-Korsakov’s Scheherazade. Each night the title character regales her husband the Sultan with tales in an effort to save her life, as he longs for more conquets. The sumptuous violin motive (with harp) pin points Scheherazade as safe, each of the movements the stories she tells. Leader Esme Lewis fared well in this central role, along with her efforts throughout the programme. There are wild moments of the sea storms, princesses and even a festival in Bagdad, all taken from the Arabian Nights collection of stories. It’s the vividness of the orchestration and clever melodies that have made this work a crowd-pleaser for over one hundred years. It may be fairly overdone by today’s standard, but it does give this youth orchestra a piece to cut their teeth with.

Granted, I was able to detect the odd fluff in the brass and woodwind. All things which can be ironed out with further practice and commitment. Fine work from all involved!