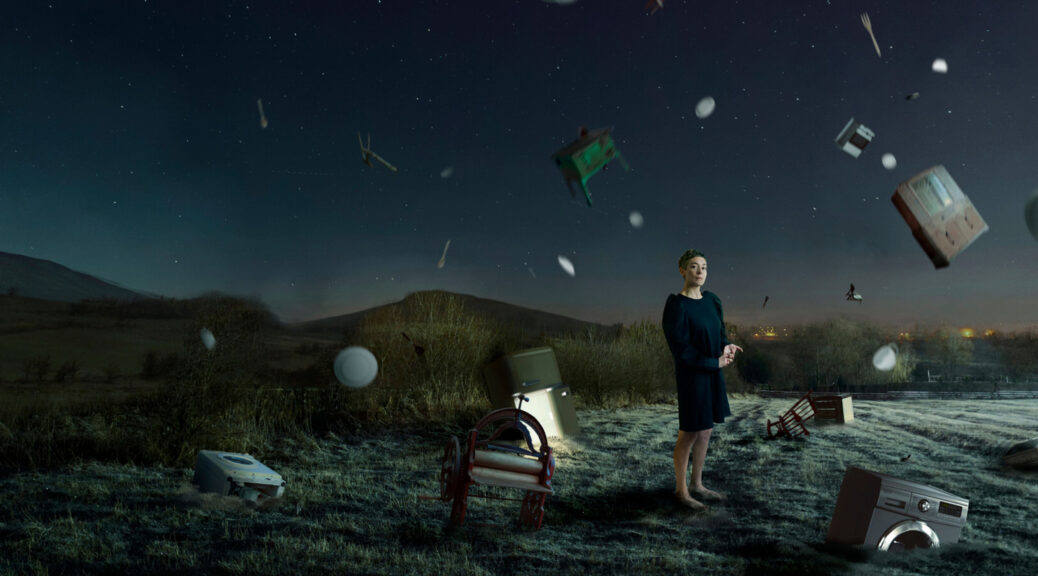 Traditionally, the genre of opera has been viewed as an art from for a high class of people. They are usually expressed as one of the classical languages with superfluous drama and extremely ornate vocal trills. The venues they are hosted in were at one time the most extravagant stages with ticket prices being a reflection of the expensive atmosphere and often would out price people from visiting more.

I have to admit that my own personal journey with this genre did get off to a fairly rocky start. When I was a lot younger, I attended a showcase in a local music and drama college where the students showed off their talents entirely in the language of Latin. Not being able to understand the lyrics and the extravagance wasn’t something, at the time, that young me personally enjoyed. It was only in later life when I was older that the true spectrum of this art form was realised for me and I could see that opera can in fact be accessible to the everyday person! In its most general definition opera is simply a production that contains no dialogue and so every moment of communication is expressed through music/song. While it’s important that we respect the heritage of this prestigious art form, we also need to make sure that the next generation are interested in opera otherwise it will quickly die out.

Violet is a brand new opera staged by Music Theatre Wales at Sherman Theatre, Cardiff it aims to destigmatise opera by making it truly relatable and accessible to the majority of people. The majority of this show is set within the confines of a standard village and specifically within a family’s kitchen. Within this home, we meet a four key characters who entertain, serve and communicate with one another as any normal network of people would do. Having the show set mostly in one single location not only makes the show easier to stage from a production standpoint but also means that people do not have to suspend their disbelief during the transitions to and from scenes which from experience can really take an audience out of the universe the team have worked so hard to create. I personally found myself being dragged into the narrative of the play with every passing moment creating tension, as if I too was coming closer and closer to the end of time.

The focus of an audience-friendly show, I believe, has to come directly from the creative team working on this project and on the night I was lucky enough to attend an interview with some of them prior to the show. Before the show, itself started audience members were treated to an intimate event with the composer of the show Tom Coult who talked about the concept of the show and the process involved in getting this production to the Sherman stage. Tom and Michael McCarthy , Director of Music Theatre Wales stood at the front of the seating area of the auditorium where the former was asked a series of questions to help the audience become more familiar with the show, which was not only very interesting to learn about but also helped reduce the period of confusion that occurs at the beginning of any new show.

The premise of Violet is the idea that at the end of every day, an hour is accumulatively removed from the day. On day one there are only twenty-three hours in a day, day five only has nineteen, day twelve only has twelve hours and so on. This idea is clearly displayed throughout the production with the inclusion of an almost doomsday style clock situated to the side of the scenes within the play. The first character we meet is aptly called Violet who is played in this production by the wonderfully talented Anna Dennis. Violet starts the show in a severe state of depression and is the only person to notice the disappearing hours in the day. It is only towards the latter part of the story when Violet discovers a passion for making every moment count and decides to live life to its fullest. The character is portrayed by Anna is a rather unique way in the sense that she is almost child-like, very eccentric and sporadic throughout despite the impending end of time. The moment when the other villages discover the doomsday countdown, Violet is distracted by the bread she made and yearns for jam followed by a walk outside. Going into the show this was not how I expected the titular character to react but the clear influence of mental health and the trauma she has experienced helps to justify this at times unusual behaviour. The vocal aspect of this character was absolutely incredible with Anna delivering numerous delightful tunes throughout and showcasing her musical range with some ridiculous impressive notes being vocalised flawlessly. Due to the vocal requirements of opera, this character was forced to contort her mouth in such ways to be in order to deliver to more complex sections of the music which actually made sense with the character herself which I personally thought was fantastic! What was also very clever about the actual writing of the sung parts was that it too was also very accessible to audience with language that was simultaneously simple to understand yet said everything you possibly needed to know. This is clearly a strength of the writer Alice Birch as she is able to say very little in her scripts but at the same time say everything which is not an easy idea to comprehend never mind create!

With the domestic setting, Violet is joined by her housemaid called Laura, played by the amazing Frances Gregory, who acts as an almost mother figure to young Violet. The early stages of the production she, Laura is visibly distraught by the impending end of the world as she tremors, stumbles and struggles to carry out common maid-based tasks which was performed excellently by France without these moments appearing forced or unauthentic. The inclusion of a maid-like character is a clever way for the production team to introduce an almost stage hand who is able to clear the scenes as they progress without the need for new faces to grace the stage which can again shatter the illusion the team are aiming to create. Violet is joined in her home by her husband Felix who is played by the incredible Richard Burkhard who also showcases his wonderful opera abilities. A personal highlight of this character was during a section between Felix and the clock keeper (played by Andrew MacKenzie-Wicks) where the former is begging the later to reset the time which is impossible. The character invites his friend over for tea but as the evening progress, the character becomes more and more desperate with his pleading will still maintaining his hosting persona. The two voices worked beautifully together while the careful choreography helped to balance the complexity of character reactions to the end of time.  The clockmaker also delivered a wonderfully intense performance towards the end of the production where he literally stood on top of the contraption he had been in control of (for what I assume is many, many years) as the final hour of time trickled away. This performance was wonderfully throughout with the earlier section being particular captivating as the character simply sang the words “time” repetitively but every time the audience could easily understand the emotions behind each different utterance. I do think this however at the end of this number needed a dramatic moment to help round of the show and stay inside this wickedly dark moment.

The ending of the show was intentionally very open, as Tom discussed his fondness of the audience interpreting the show in their own unique ways which explains why the narrative almost suddenly ended with no complete, definitive end from a creative standpoint. The actual end of the show was marked with a rather unusual cartoon that showed the audience a game show like tv show as another clock ticked away closer to twelve which was eventually skipped to one in the morning.

Overall, this production was a modern opera that aims to destigmatise the genre of opera and create a much more accessible medium that can only benefit the longevity of this genre. It must be the musical theatre child in my psyche that is infatuated any time I am in close proximity to a fully-fledged orchestra and the team from London Sinfonietta did not disappoint! The music was powerfully moving and atmospheric throughout to help add to the drama created by the actors on stage which is the main purpose of any orchestra! The story itself was extremely open leading to a multitude of multiple endings created by each audience member. I would rate this show 4 out of 5 stars!