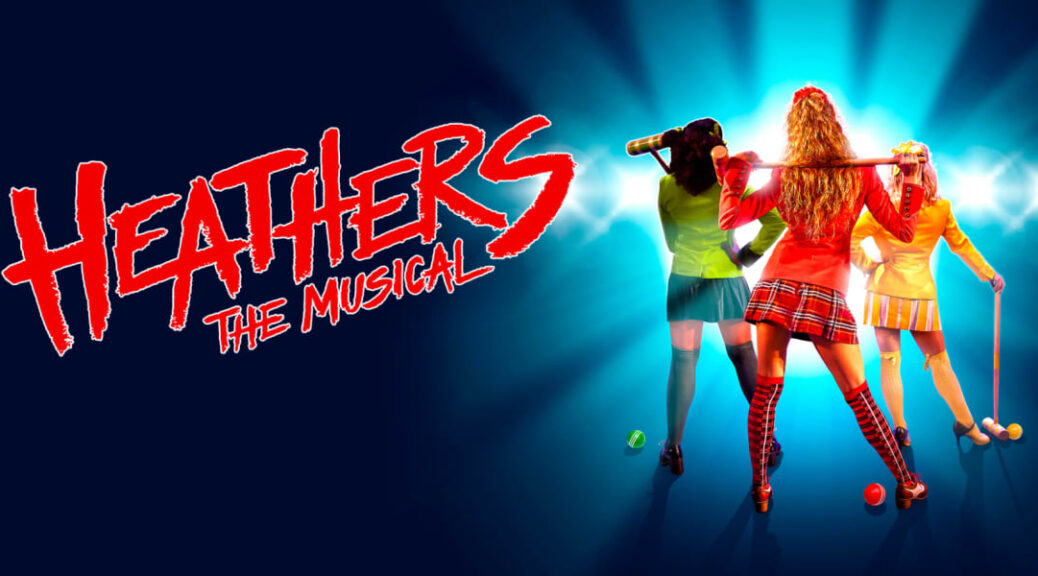 If you are a Musical Theatre Fanatic, you will love Heathers.

Heathers the musical is based on the 1988 cult movie, which follows Veronica Sawyer as she is taken under the wings of the most popular girls in school. On her journey to becoming popular, she meets the mysterious JD, together they end up going on a killing spree that gets out of control.

The first thing I will say about this production is how different it is to the movie. In the film, Winona Ryder and Christian Slater (Veronica and JD) bring a dark edge, and a creepy sense of impending doom to each scene. The writing and adaptation for the stage seems to take away the edge in Veronica’s character, she comes across as geeky and rather desperate. Rebecca Wickes played the role of Veronica and her vocals really shone, her range was phenomenal and it was an amazing experience listening to this highly skilled vocalist perform live.

Another incredible performance was give by Mhairi Angus who played Martha. Her solo song, “Kindergarten Boyfriend” really stood out to me and she had the audience completely engaged with her amazing voice.

Another difference between the stage show and the movie was the re-appearance of characters who had been killed off. Maddison Firth who played Heather Chandler really brought something quirky to the role, she was sassy, fiery, and energetic. Her consistent strong presence throughout the show was a clever way to guide us through the story and maintain the elevated energy of the production. Having the dead characters return to the story, acting as ghosts or images in Veronica’s head was an interesting turn of events, however I felt that this did mean the darker themes of the story were sacrificed. I think I would have preferred to see the spookier elements explored a bit more overall, as I think it would be interesting to see how the scary scenes would reflect from screen to stage. Some may argue that this would have made the show less family-friendly, however the show already had racy scenes, and personally I feel some of the dialogue was quite dated and overstepped the mark. The musical was set in America in the late 80’s, however I think they could have adapted some of the language to suit a more contemporary audience.

The production as a whole was phenomenal and one of the most professional and visually impressive shows I have seen in a long time- to the same standard as productions in the West End. The slick choreography was brilliant, the set worked really well, and the spacing and direction of the actors on stage never left us without something to look at, while at the same time not being too busy or confused. The lighting was impeccable, colourful, and fun. It did an amazing job at bringing the production to new heights, and directing us as an audience to focus on those important moments on stage. I particularly loved the red, green and yellow spotlights used to highlight the presence of the Heathers.

I must admit I think Heathers was a bit too Musical Theatre for me. However, it was an extremely tight and professional production, which I would highly recommend to lovers of Musical Theatre.