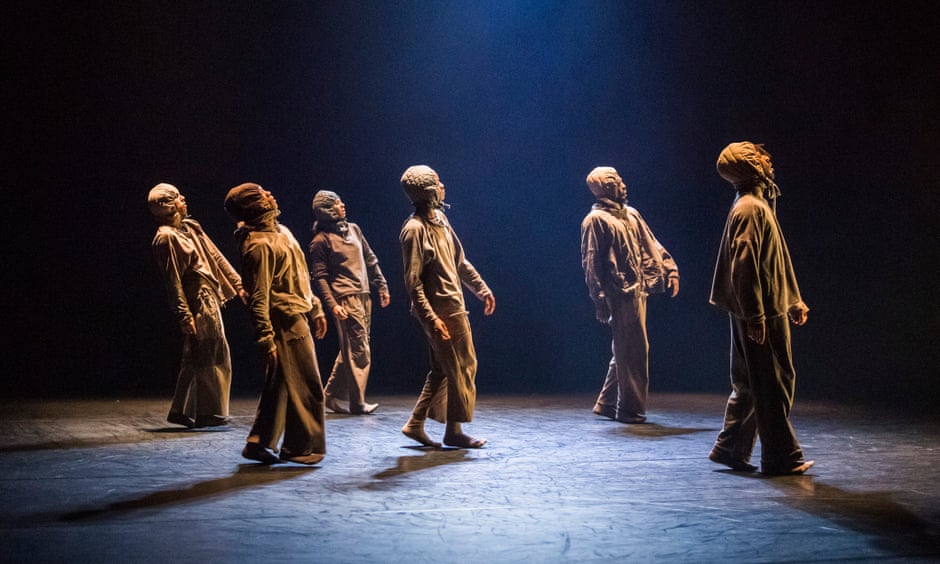 First time back in London after the pandemic and I’m seeing as much as I can. I devoured everything from local theatre productions, to huge 5 hour operas, basically everything the capitol can offer. A chilly Saturday would be a day of dance, with some serious and important topics to consider.

Popping over to The Place, I was met with an afternoon from VOXED and their Out Late. This is a homoerotic whodunnit where there dancers act as well as move. This was a surprise in that the words played as an important a role as the dance, as we become drawn into this world. Vinnie, played by a strident Angus MacRae, guides us in the afterlife through the whole encounter with Sebastian, taken on by a fierce Folu Odimayo. Set in both Cardiff and London, the meat of the drama comes from betrayal from Sebastian married to Fifi, an absorbing Caldonia Walton who gets most of the sympathy, with a secret abortion swept under the rug.

You want to know how exactly Vinnie died. Was it murder? An accident? Suicide? The choreography by Wayne Parsons has a great flow and connection to it, maintaining control in the space. Many intimate moments between both men proves the love formulating. Sadly, a closeted character who ruins lives in the process of living a double life is infuriating in today’s climate. We’ve seen this type of character many times and the phrase ‘bury your gays’ also comes to mind. Vinne’s attempt at blackmail does feel out of left field, the only real ‘justification’ for his death. Composer and sound designer Angus MacRae really adds to the feel of the piece with a nuanced score which heightens the affair and the ramifications from it. Out Late wants to hang on the mystery of who killed Vinnie, only due to the intimacy of the piece do we absolutely want to find out what exactly happened.

Finding my route to Sadler’s Wells, I found myself pumped to finally make it to this beacon of dance. With a buzzing atmosphere BLKDOG by Botis Seva in it’s complete version winded viewers in its second night. This was a compelling experience, as a diverse troupe of dancers were as if a locomotive hellbent on cracking the ground beneath them. I was awash in the epic execution of the whole encounter, Seva facing the demons of yesteryear. Childhood abuse, mental health and crime all play a factor. Without being reductive, seeing the killings take place can only evoke the more horrid moments seen in the public eye over the past year and a half. Though the bodies and mourners look more like Christ taken from the cross, Seva’s being quite frank about his faith.

The dancers have a physicality I’ve seen very little in big scale dance. Even just the moments knee-bent and going on tippy-toes never failed to amaze. It’s the wild, rite-like movement that commands the space. Soaring and pounding music by Torben Lars Sylvest is another key component, the beats making the walls reverberate. Tom Visser’s lighting is darkly lit for the most part, a harsh terrain though still vivid on this beautiful stage. You only need to look the standing ovation at the curtain to know the effect this is having on people. A post show talk ending with another ovation, saw Seva quite overcome with emotion. I think we will be certainly seeing more of this piece and I really hope it comes to Wales.