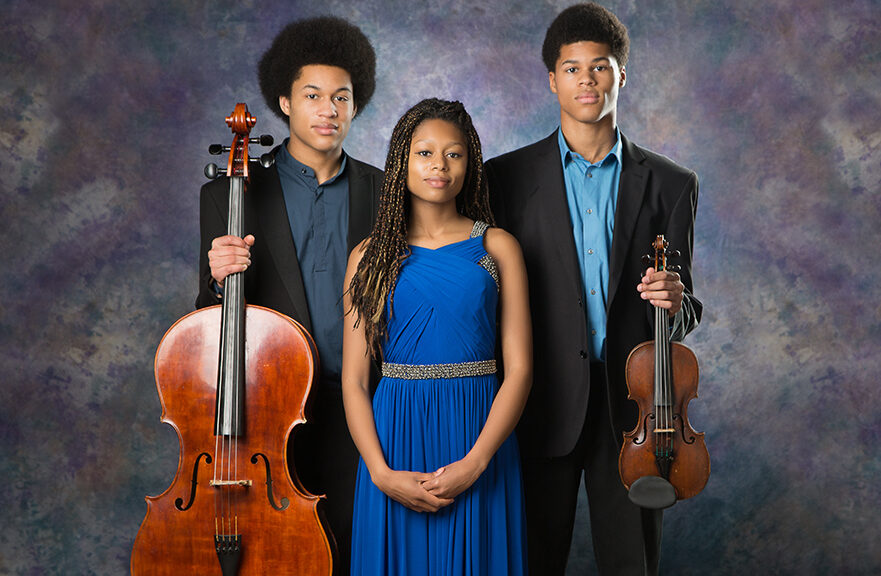 I’m not really the type of person who rushes to morning concerts so long as there is some coffee after. Wigmore Hall in London seem to keep the tradition alive with early recitals on a Sunday. So a surprise chance to see the rising stars of the Kanneh-Mason siblings was not to be sniffed at.

These are super stars in the making. Diversity in classical music is still some way from where it should be, though starting with these fine young musicians, there is no sight of gatekeeping. In an all Felix Mendelssohn programme: Braimah on violin, Jeneba on piano and Shaku on cello played to a packed Wigmore. The power of these musical moments in this family affair was a special utterance, a feeling of hope for the future and a marker of our age.

Jeneba opening with the evocative Rondo Capriccioso heralding a beautifully poised concert with nothing of fault. My taste might lie in later classical music, but the sheer moments of resplendence cannot be denied. Braimah on violin also appeared as the affirmed anchor to proceedings, at times sharing the responsibilities with his sister. It’s all very inspiring.

With a selection of the delightful Songs without Words and the Piano Trio No. 1, these siblings could really sink their teeth into some early Romantic German music. They seem lost in the sound, close knit in their syncopation. I guess they can read each other as well as the score.

Shaku has a habit of pursing his lips looking towards the heavens when playing, such is the intensity of his delivery. He exudes that big brother energy as if taken his brother and sister under his wing. Perhaps he is the standout because he is the oldest, but the three together really are magic. I’d kindly ask for more of the same yet with more experimental material!