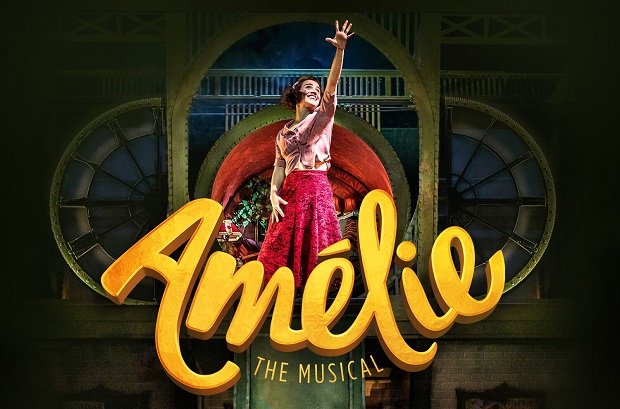 If you are a millennial, I guarantee you watched Amelie the film when you were a teenager and fell in love with its weirdness, quirkiness and general artistic cinematography.

I feel that it was a cult film for us all, that we remember and hold a special place in our hearts. Which is why when I heard it had been turned into a musical, I was dubious on what they had done.

But boy was I wrong.

If you haven’t seen Amelie, it is about this girl who is sheltered from the World as she grows up. When she reaches adulthood, she decides to move away but still shies away from everyone, not going out or engaging. When one day, she bumps into the love of her life and everything changes. She goes on a journey to make people happy and in the process, coming out of her shell to grab love and hold onto it.

In true Amelie style, the whole production – set, lighting, costuming has this mellow tinge reminiscent of the 70’s. Dark blues, browns, yellows, reds all light up the stage, giving it that chic, French feel that the film holds so dear.

It also does not shy away from how quirky and original the original narrative is. Amelie is a strange girl and so is her story, and so no memorial points that I remember from the film are missed, bringing them in in poignant or hilarious ways, and integrating them into the songs. I feared that what I loved most about the film would be missing, but it wasn’t and was elaborated on with gumption.

The music was also reminiscent of the atmosphere created – all those on stage played a live instrument, and it gave that french, grungy, Paris street feel that you associate with the city; the chic, unusual, hippy feeling – the too cool for school feeling. It balanced the narrative well, and made me honestly forget that this was a musical. Usually, expecting something perhaps a little tongue and cheek, or satirical, this was complimentary and really reflected the story and its aesthetic.

The performers were also brilliant. Never missing a beat, they were so perfect, moving from scene to scene with effortless grace, sometimes it was easy to forget they were real bodies in front of you and not an edited film.

Amelie The Musical is everything you want it to be and more. For those millennials who grew up with this firmly in their teenage years, it brings the film and story to life, with all the original elements and enhances it before your eyes.