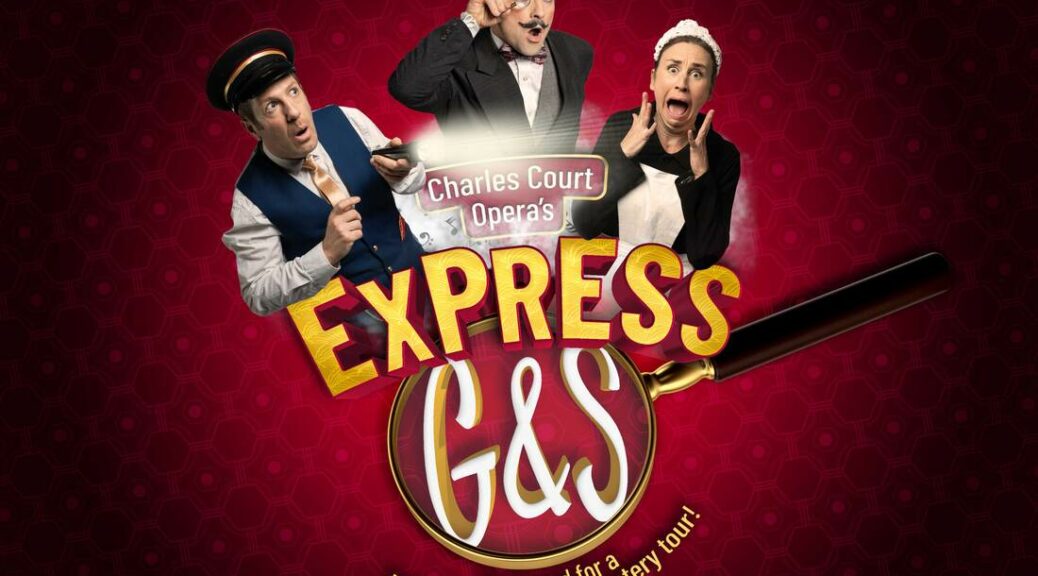 Take Agatha Christie, Opera and a whole heap of comedy, slapstick and ridiculous antics and what do you have? A wild night on the Express G&S.

With minimal and moveable staging that sets us up on an entire train from cabins, to the lunch cart and so on, we undertake a short story that introduces characters, develops a plot and comes to conclusion, in quick and concise succession, something that Christie’s mysteries take so long to do. The scenes are able to change, giving one stage the ability to become all parts of a moving vehicle. And these are not just normal staging and set changes, but they are enhanced by the performers to create comedy and to ignore any pause that may come from such changes.

With a cast of 4, we are introduced to our “Poirot” and our accompanying pianist, but leaving the other two to chop and change between the “murder suspects”. With the slight change and addition of costuming, changes in persona and physicality, both performers are able to change effectively, creating more and more hammed up characters which make us laugh at the absurdity of it all.

Then we come to the Opera – almost like an operatic Disney movie, there is little space for spoken text but instead this is continuously sung. There is no underestimating the talent of these performers, with such extraordinary voices. However, I think it was unfortunate for them that the acoustics of the stage were not in their favour, sometimes dulling their sound or drowning them below the piano. This is of no fault of the cast or the venue, however looking at their tour, something like an outdoor venue which they are booked to perform at may help elevate the sounds.

One of the best parts of this production is its references to well known Operatic and Musical songs, ones that even if you are not familiar with either genre, you may have heard along the way, and their ability to change this to fit the play. The narratives are changed into hilarious, parody version, so while you’re tapping your toes, you are also splitting your sides not only at the lyrics but how effortlessly they have changed well known songs.

Express G&S is for all ages and a great deal of fun – enjoying it myself, I felt that for sure this would have been something my parents would have enjoyed, as murder mystery fans and its subtle mickey taking of Poirot.