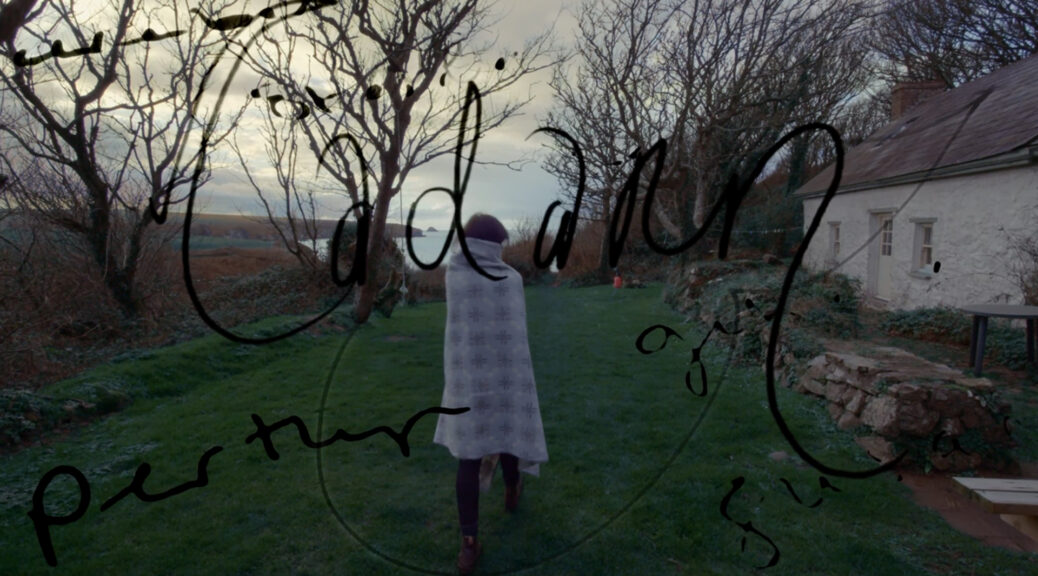 National Dance Company Wales (NDCWales) and Literature Wales’ digital cross-artform collaboration, Plethu/Weave has been extended into 2021 and has been commissioned to be a part of Welsh Government’s launch of Wales in Germany themed year in 2021.

Following the success of NDCWales’ and Literature Wales’ cross-artform collaboration, Plethu/Weave #2 will be launched in January 2021, bringing more opportunities for independent Wales based dancers to be matched with some of Wales’ most talented poets to create eight more exciting contemporary short digital films online.

The first Plethu/Weave #2 film, Aber Bach, created by Mererid Hopwood and NDCWales dancer, Elena Sgarbi, will be released on 11 January, the first of three NDCWales & Literature Wales commissions, as part of the launch of Welsh Government’s Wales in Germany themed year.

In 2020, Plethu/Weave brought together four dancers from NDCWales and four independent dance artists paired with eight Wales based poets to create eight short films for audiences online. The pairings created cross-artform creations inspired by the artists own stories, location, heritage and connection with Wales.

Aber Bach takes its title from the name of a cove in West Wales where the sounds of a Woollen Mill and the sea can be heard. ‘Aber’ and ‘Bach’ are words found in both Welsh and German, though with different meanings. From this notion, the film, which was filmed at the Melin Tregwynt Woollen Mill in Pembrokeshire, and created in collaboration with Rufus Mufasa, Hanan Issa and Tim Volleman, explores how we can weave words to create new patterns of belonging.

NDCWales’ dancer, Elena Sgarbi said, “Working on the second edition of the Plethu/Weave film project with Mererid Hopwood and Tim Volleman has been a great opportunity to gain a deeper insight into Wales and Welsh culture. Through Mererid’s enthusiasm to share her culture and this project, I have been able to get to know first-hand a wonderful corner of North Pembrokeshire and its important wool weaving tradition.”

NDCWales has a history of touring to Germany since 2017, performing to capacity audiences mainly in North Rhine-Westphalia, Bavaria and Baden-Württemberg.

NDCWales’ Chief Executive, Paul Kaynes said, “We are delighted that NDCWales will be presenting dance as part of Welsh Government’s Wales in Germany launch. We have been building our reputation and audiences in Europe, especially in Germany and neighbouring countries in the last three years, performing to packed venues and standing ovations. It’s really exciting for us that we’ve been commissioned to make these Plethu/Weave films, so even more audiences at home and internationally can see two Welsh national arts companies collaborate.”

The other two Plethu/Weave 2 commissions for the Wales in Germany programme will be broadcast in March and October and will feature poet Alex Wharton and dance artists Krystal S. Lowe and Osian Meilir.

Lleucu Siencyn, CEO of Literature Wales, said, “It’s wonderful to be able to partner again with NDCWales on another round of this ground-breaking collaboration, and to celebrate our literary and artistic culture with the world as part of the Wales in Germany programme.”

“The year of Wales in Germany is about strengthening the connections between our two nations and building new ones, and the cultural sector has an important role to play. Our arts, culture and creativity give Wales its unique personality and it is a huge strength in terms of promoting Wales on the world stage.

“We are delighted to be working with NDCWales and Literature Wales on this exciting project and look forward to showcasing the work of some our most talented poets and dancers to German audiences in the year ahead.”